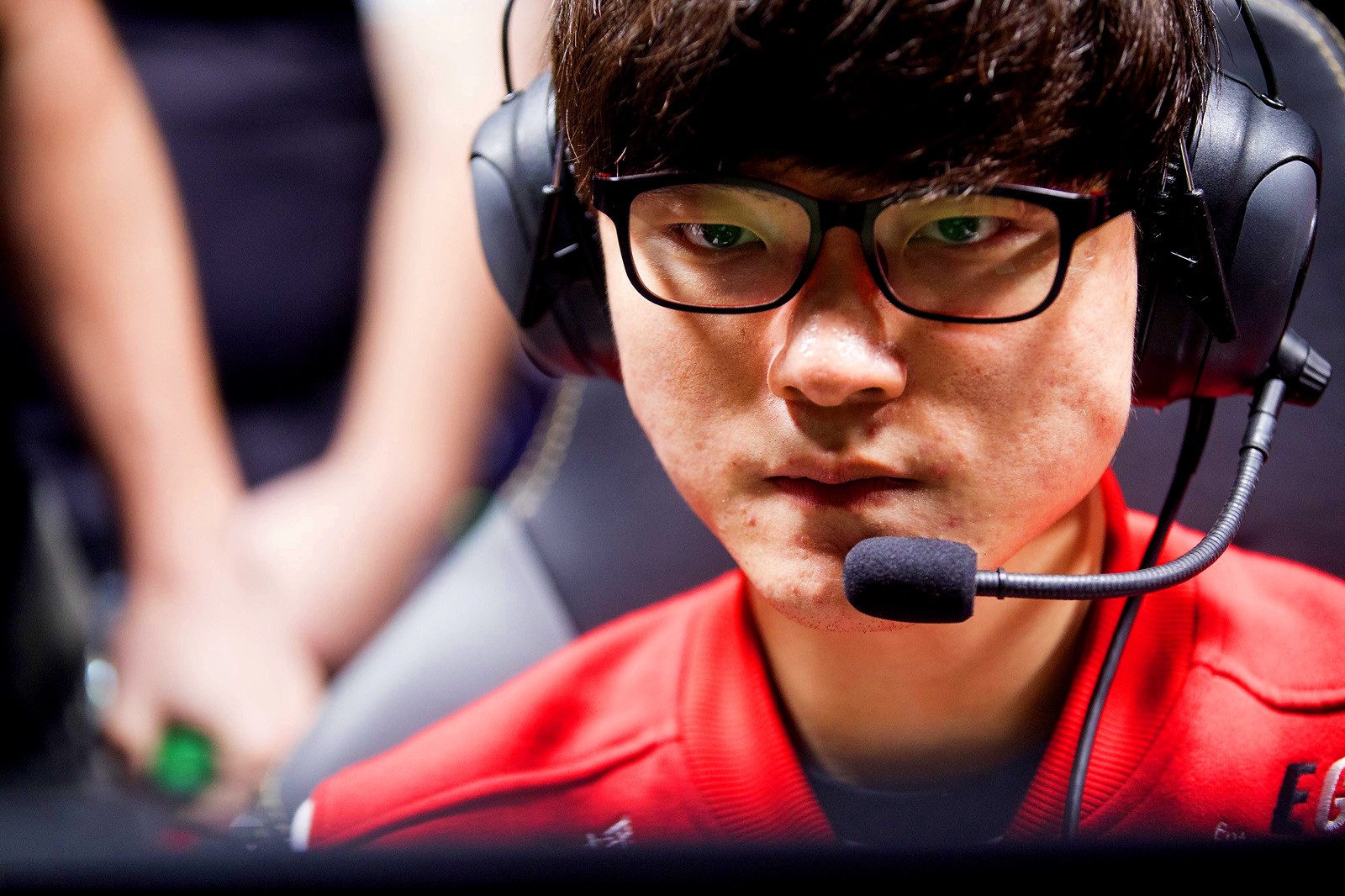 No other team has won the League of Legends World Championship more than once. In fact, SK Telecom T1 now has as many Worlds titles as everyone else combined.

The Korean powerhouse secured a third Summoner’s Cup with a 3–2 series win over Samsung Galaxy on Saturday in front of a capacity crowd at the Staples Center in Los Angeles.

Mid laner Sanghyeok “Faker” Lee fortified his position as the greatest player in the history of the game with the win. He’s joined by Jungler Seongung “Bengi” Bae as the only players on the team for all three of SKT T1’s titles.

Despite being heavy underdogs, Samsung nearly pulled off a miraculous reverse sweep after SKT T1 took games one and two with little resistance.

Facing a monumental 9k gold deficit and possible elimination 29 minutes into game three, Samsung pounced on SKT T1 at the Baron pit to pick up three kills before turning back to get the Baron themselves.

The game spiralled into a frenzy of back-and-forth team fights and objective steals before Samsung eventually won the marathon in 71 minutes without ever reclaiming the gold lead.

They got another comeback win in game four on the heels of a perfectly timed teleport flank by top laner Sungjin “CuVee” Lee.

Backed into a corner, SKT T1 regained their form in game five even after falling behind. Of course, it was Faker who carried the game with a 6/2/4 on Viktor.

“The series was the most difficult series of my League of Legends career,” Faker said in a post-game interview.

The matchup was something of a David-and-Goliath story as few expected Samsung to make the tournament in the first place. In the regional qualifier, Samsung broke a 19-game losing streak against KT Rolster to earn Korea’s third seed at Worlds.

Samsung proved the berth was no fluke, however, as they went 5–1 in group stage and swept both Europe’s H2K in the semifinals and North America’s Cloud9 in the quarterfinals.

Their success as the third seed is a testament to the superiority of the Korean region.

SKT T1 also came into this year’s tournament with something to prove. After falling to KT Rolster in the semifinals of the LCK Summer Split, eventual LCK champion ROX Tigers entered Worlds as the top seed.

In a rematch of last year’s finals, SKT T1 took down ROX, 3–2, in this year’s semifinals. Many thought that would be SKT T1’s greatest challenge, but Samsung certainly proved to be an equally worthy opponent.

With the win, SKT T1 earned 40 percent of the tournament’s prize pool of more than $5 million. For second place, Samsung takes home 15 percent of the money.

Technically, Samsung could have matched SKT T1 at two Worlds titles with a win this year. A completely different iteration of the team won the championship in 2014. That team was called Samsung Galaxy White to distinguish it from sister team Samsung Galaxy Blue, which took third place in the same tournament.

As it stands, SKT T1 hoisted the cup for a third time, and in doing so established a League of Legends dynasty that won’t soon be matched.