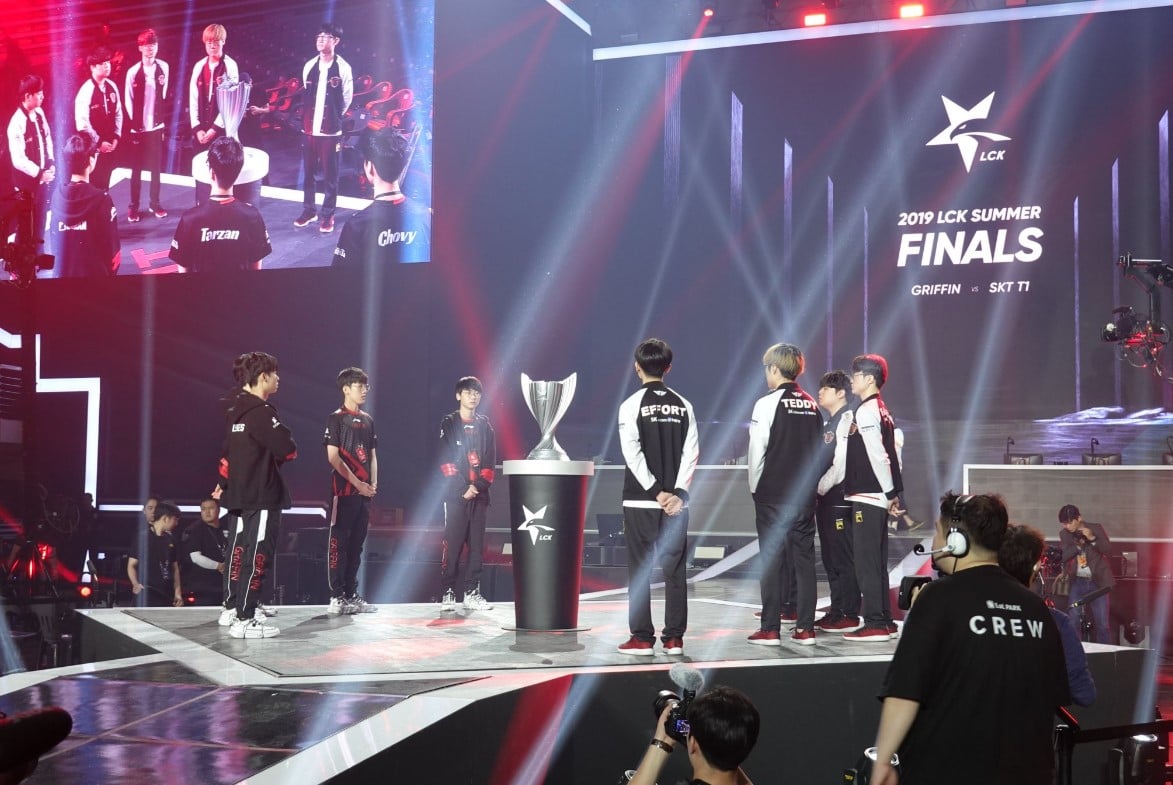 SKT defeated Griffin 3-1 in the LCK Summer 2019 finals today and will now look to make their comeback on the international stage after securing Korea’s first seed heading into the League of Legends World Championship.

SKT showed impressive teamwork throughout the early games, continuously ganking lone enemies in the side lanes. The jungle was owned by SKT throughout multiple games, which allowed the team their dominant map presence.

The sheer aggression from Lee “Faker” Sang-hyeok was enough to carry SKT through the early games as he crushed his opponents in the mid lane. But this aggression was later punished in game three after he overextended into the side lanes.

The first game was utter domination from SKT as Griffin failed to even get a single elimination the entire match. The teamwork from Kim “Clid” Tae-min and Faker allowed SKT to get an early game presence in the mid lane.

This presence would be counted on after SKT continued to win fight after fight, culminating in a four-man mid lane attack. After the Nexus was destroyed, Griffin failed to recover going into the second game. Lee “Leo” Sang-ho even sniped away the Baron from Griffin’s hands and SKT snowballed the buff to take game two with ease.

Game three saw better teamwork from Griffin as now it was their turn to individually pick off SKT players. SKT top laner Kim “Khan” Dong-ha was caught out multiple times after he overextended. The side lanes were a priority for Griffin after the pressure was insurmountable for SKT. Griffin eventually got on the board by winning game three.

But SKT crushed any hope of a Griffin comeback after the Korean team destroyed Griffin in the jungle, taking the side lanes with ease. After SKT got the Baron buff, the game snowballed in typical SKT fashion.

SKT will face their toughest test at the World Championship this year beginning Oct. 2. The three-time world champions failed to qualify for the international tournament last year for the first time since 2014. With their victory in the LCK finals, however, the team now holds Korea’s first seed going into Worlds.