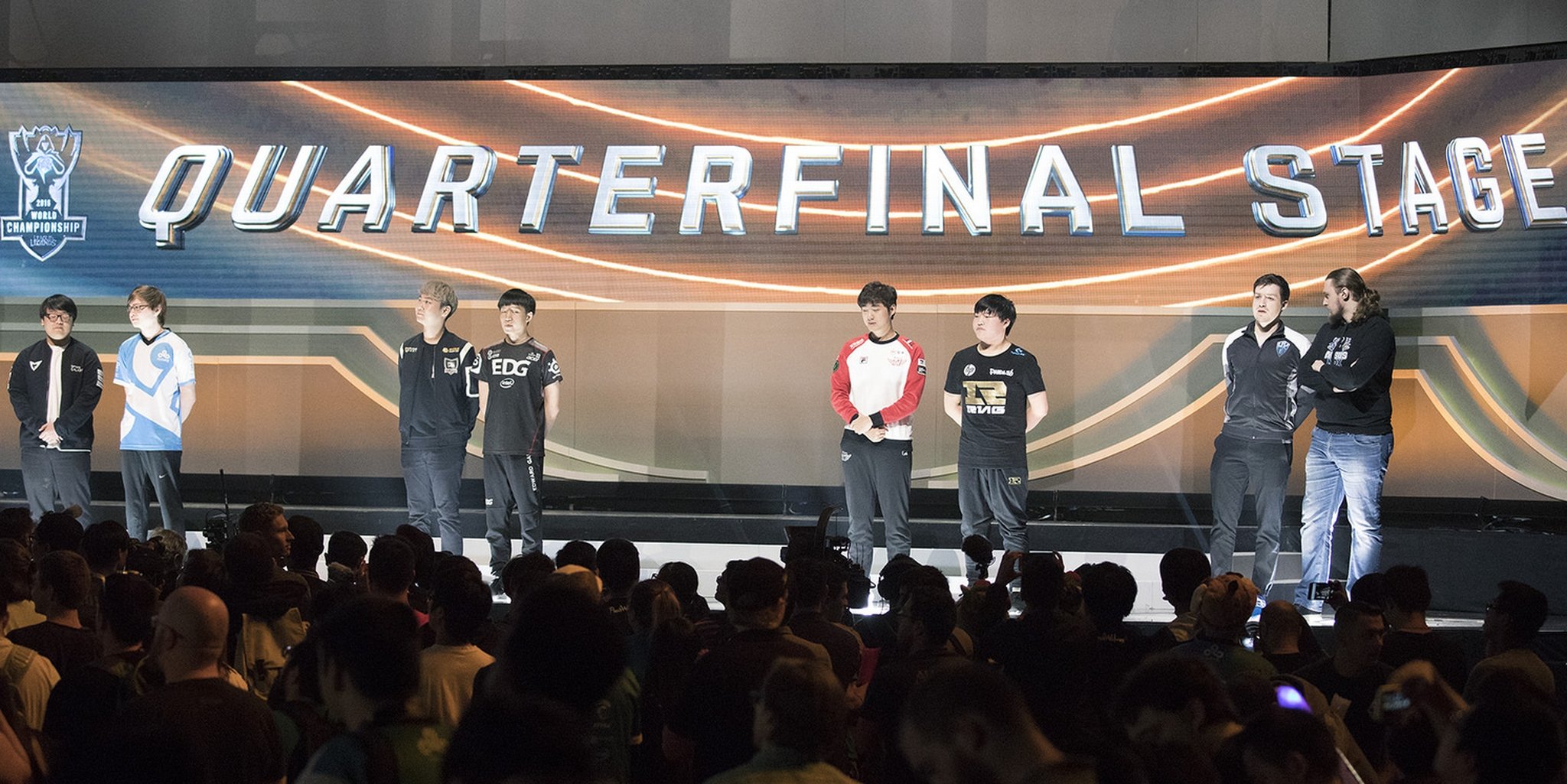 None of the North American teams looked strong during the second week of the League of Legends World Championship—but one of them still managed to advance.

Cloud9 bested I May on Sunday after losses to SK Telecom T1 and Flash Wolves. The win left Cloud9 with a 3-3 record during the group stage, but it didn’t not secure their fate.

If Flash Wolves would have beat SKT T1 in the evening’s final scheduled match, it would’ve set up a tie breaker with Cloud9, but the two-time Worlds winners withstood their kryptonite by defeating Flash Wolves for the first time ever including three previous tries this season.

The situation was precarious for Cloud9 because SKT T1 had already locked up the top seed in Group B, so they had little on the line other than pride against Flash Wolves.

It was circumstance more than performance that allowed Cloud9 to be the only of the three North American teams to advance, as Counter Logic Gaming and Team SoloMid also finished group stage with 3-3 records.

Even Cloud9’s one win of week two turned into a struggle. Cloud9 jumped out to a massive 3k gold lead just eight minutes into the game, but it still took 51 minutes of chaotic team fighting to close the door on I May.

A messy team fight erupts at the Baron Pit: 3-for-2 for I May! #Worlds https://t.co/dFipWtUlvD

SKT’s dominant performance was an appropriate end to week two, during which Korean teams firmly reestablished their dominance. It seemed like other regions may have been closing the performance gap, but all three Korean teams—SKT T1, ROX Tigers, and Samsung Galaxy—were dominant during week two.

Including tie breakers, Korean teams were 15-4 overall during group stage, making it the only region to finish with a positive record.

Cloud9 will go against Samsung Galaxy in the first best-of-five quarterfinals series Thursday in Chicago. The other quarterfinals matchups pit SKT T1 against China’s Royal Never Give Up, H2k against Albus NoX Luna and ROX Tigers against EDward Gaming.

The pairings were chosen in a draw held after Sundays games. There won’t be a rematch of last year’s final as ROX and SKT T1 ended up on the same side of the bracket.