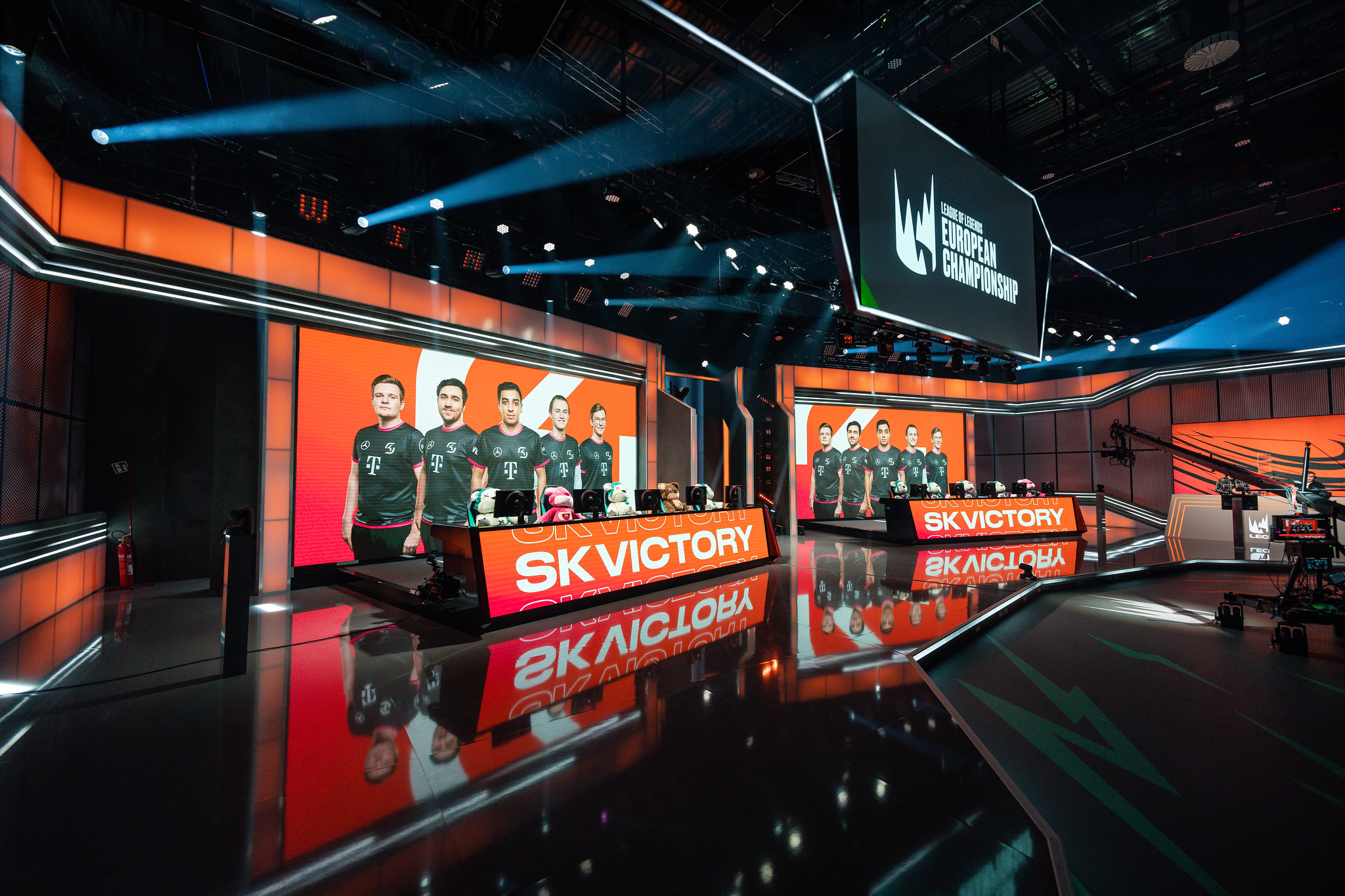 It’s been a rough 2022 LEC Spring Split for SK Gaming so far, with the team sitting near the bottom of the standings after the first half of the season. They’ve lost many games already, but at least they can be proud to say they’ve gone undefeated against the defending LEC champions, MAD Lions, after their series today.

MAD were coming into the matchup on a relative slump, having lost three of their last four games prior to this clash. Even still, they were still expected to take down their opponents. In the end, however, fans witnessed the second upset victory of the weekend, with the previous one coming from Astralis after they took down Rogue.

SK still looked relatively shaky in the early stages of the match, while MAD Lions maintained a formidable 3,000 gold lead at the 25-minute mark. The team’s experienced support Treatz stayed aggressive in the face of adversity, though, and continued to find skirmishes that allowed his teammates to find kills.

One of the shining stars of SK’s lineup was their rookie mid laner Sertuss, who hadn’t been on a standout season so far. During this match, however, he was jumped into MAD’s backline on Akali, instantly dealing a ton of damage to the enemy carries before jumping away. He ended the game with five kills, six assists, no deaths, and a well-deserved Player of the Game award.

With this win, SK’s hopes for this spring are still alive. There are only three weeks left in the split, so every game will be essential if they want to make a miracle run to the postseason. On the other hand, MAD Lions have only won one game out of their last five. If they aren’t careful, they could slide further down the standings until they’re pushed out of the playoff picture.

Catch SK and MAD Lions in action when the LEC returns next week on Friday, Feb. 18.