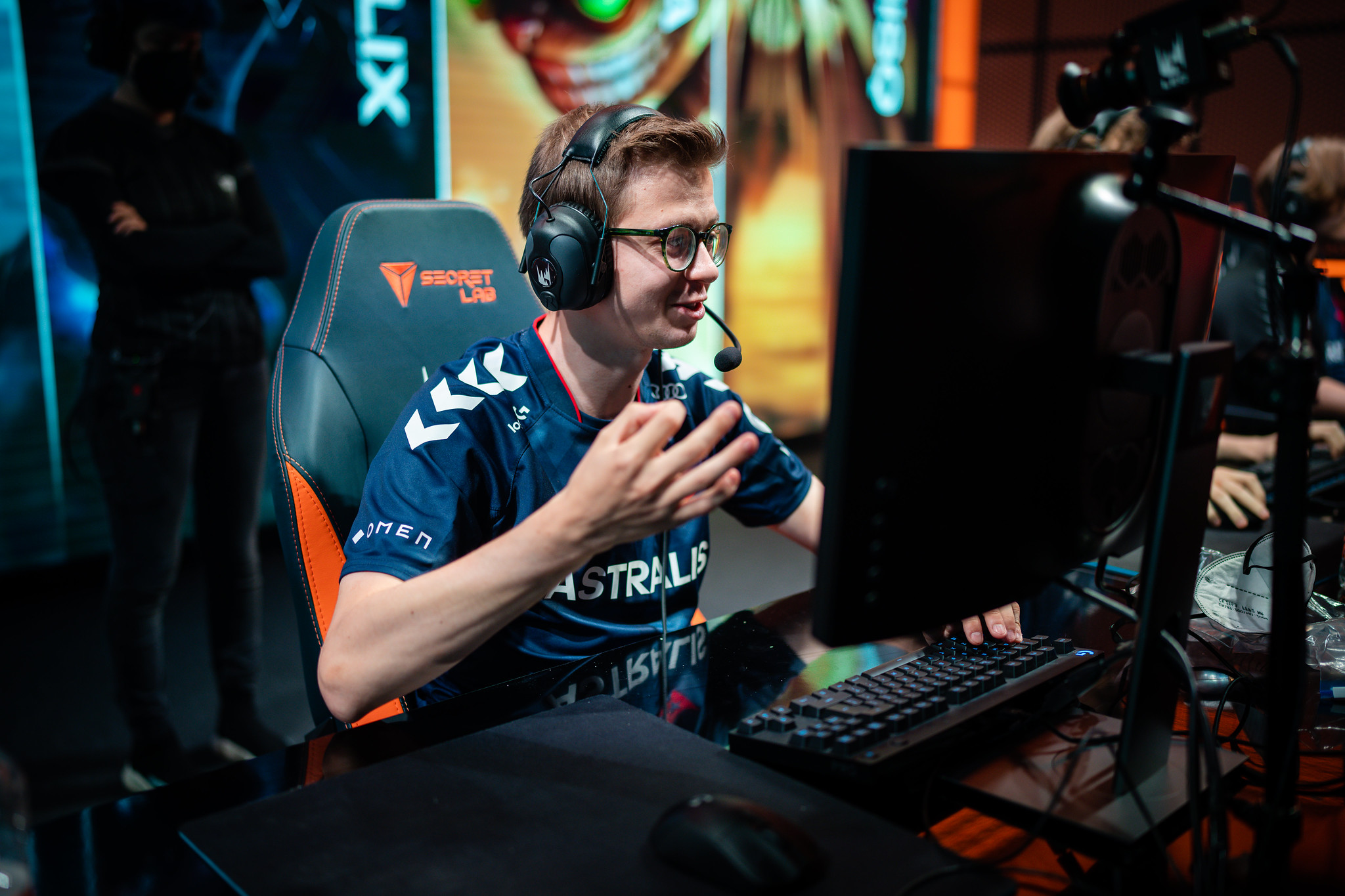 The 2022 LEC Spring Split has entered its second half, but there haven’t been many upsets outside of the first few days of the competition. That changed today, however, when a team that some League of Legends fans expected to go undefeated lost to the last-place team that had yet to find a victory.

In one of the most surprising games in recent LEC history, Astralis ended both their nine-game losing streak and Rogue’s nine-game winning streak to start the fifth week of the Spring Split. Within the first 10 minutes, Astralis made it clear that they knew what to do with their lead this time around, holding it until the very end instead of letting Rogue find a way back in.

Rogue, likely feeling overconfident heading into a match where they were heavily favored to win, opted for strange draft choices in this game. Larssen chose to bring out the freshly-reworked Ahri to the Rift, the first time the pick has been seen this split. Janna also made an appearance in this game but in Trymbi’s arsenal in the bot lane rather than in the top lane. Unfortunately for Rogue, there was a major lack of sustain and engage on their team due to carry champs taking up every lane, giving Astralis the upper hand in every teamfight.

This was also the first time that Zeri secured a win in the LEC following her release a few weeks ago. Zeri has not been a hotly contested pick in the region during the time she’s been available in professional play, only appearing in 25.5-percent of pick/ban phases, according to Oracle’s Elixir. Kobbe ended his first game on Zeri at 9/1/5, a 14.0 KDA, completely untouchable by the Rogue squad with both his immense damage and movement speed.

The entire Astralis roster found ample opportunity throughout this game to shine as both individuals as well as in teamfights. This was the first win for Astralis in the 2022 Spring Split, as well as the first victory for rookie Dajor, who went 9/1/8 on Vex.

Astralis remain in last place in the LEC standings, but this victory over Rogue undoubtedly helps boost their momentum heading into the final three weeks.