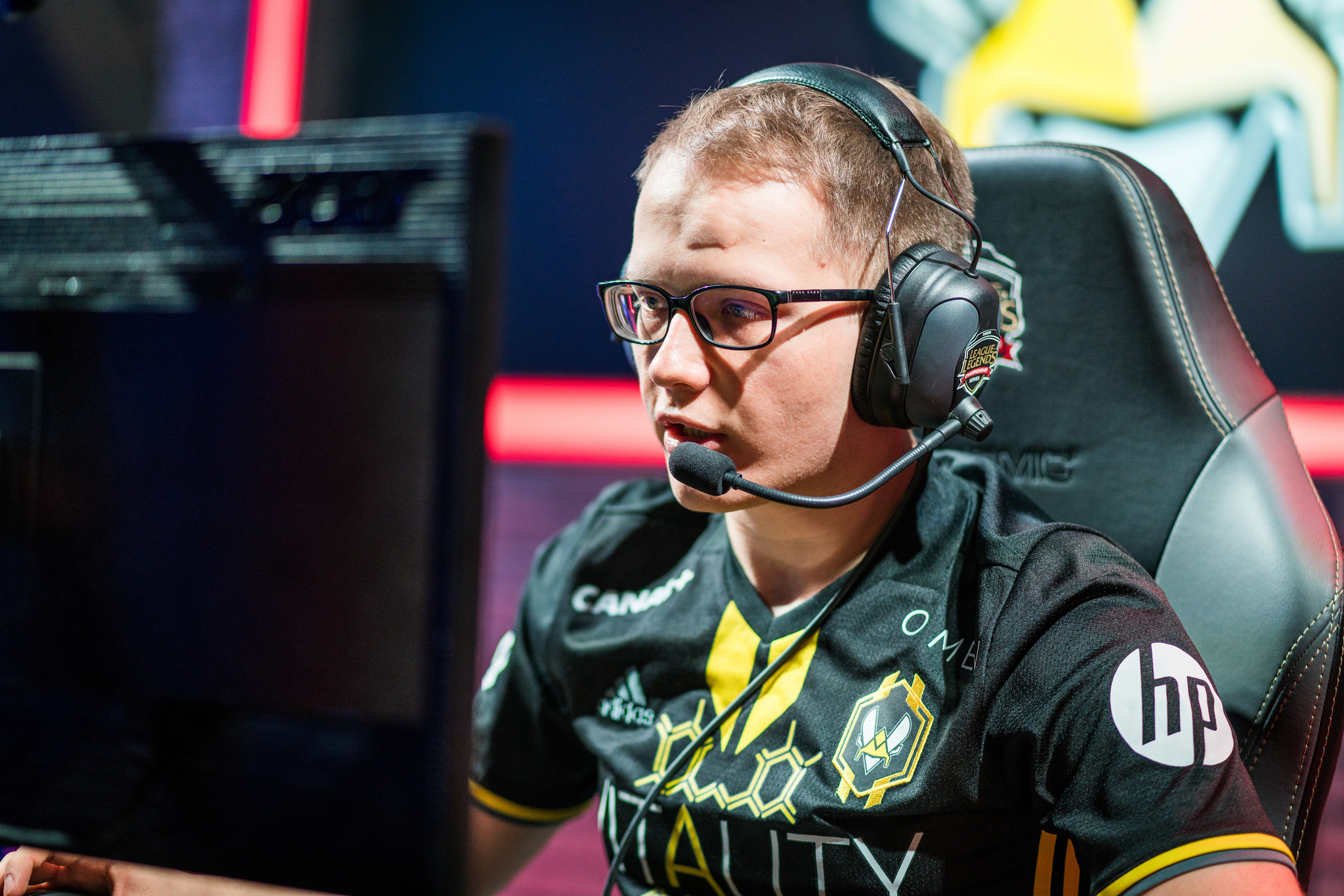 Schalke 04 is returning to the EU LCS for the first time in over a year after regaining a spot through the 2017 Summer Promotion tournament.

This wasn’t the first time Vander joined Schalke ahead of an important season. In the 2017 Spring Split, Vander was one of many new faces added to help the team get back into the EU LCS. The team failed, however, and Vander left the organization to join LCS team Vitality.

Now back at Schalke one Summer Split later, and in the EU LCS for another year, Vander hopes to be the driving force behind the team and lead them to the international stage.

This is your second time on Schalke. What was your main reason for coming back to the team after your time on Vitality?

Vander: Schalke was a full package-deal in my eyes: experienced coaching staff, strong backup and professionalism from the football club. Upset was the cherry on top of the cake, he is a great ADC, who I loved to play with in my first split at Schalke.

How do you feel this Schalke team compares to your time in the Challenger series?

I think our roster is a mix of highly promising rookies and very experienced veterans. What we have in common is good raw skill and willingness to work in team focused environment. I look forward to the 2018 as a whole. It will be a good year for Schalke.

Do you feel the EU LCS going back to best-of-ones is a better system, or would you prefer the previous best-of-three format?

Fans are most important to me and best-of-one system lets them enjoy LCS more. Games will be more crazy with a lot of unique strategies. Once playoffs start we will have best-of-five again, where consistency and solid basics of the game are essential. I like the changes overall.

Who do you feel are the current favorites this year in the EU LCS?

I think EU LCS should be really competitive this year. Splyce, G2, Schalke, Misfits, and Fnatic have very solid rosters and other teams could surprise us all with their squads filled with promising rookies. Hard work and good team atmosphere will be deciding factors in the end. We do not care about being favorites or not. We want to improve week-by-week and work on our fundamentals first.

Do you feel that your experience as a veteran player will be vital to Schalke in order for you and the team to challenge for the EU LCS title?

I know a lot about the game, which will help the team in daily scrim reviews. Playing against the best teams in the world teaches you a lot of discipline, which I will hopefully spread amongst my teammates. In exchange they have to stop me from choking in the semifinals.

Which ADC player do you feel you learned the most from over the span of your career?

You can learn a lot from every teammate you have. All of them taught me something unique, which I am very glad for. I gained the most from playing with FORG1VEN, especially in game-related concepts. two-vs-three, taking tower minute five and so on. I passed a lot of his knowledge on to Upset. Lane kingdom will prevail.

What made you a support player in the first place?

I was an ADC main back in the days. I played in EU circuit finals and first EU LCS qualification tournament in Warsaw [Poland]. Sadly support players pool was so poor in Europe it was impossible to find a good laning partner. If you want something done good, do it yourself.

Do you have any tips for aspiring support players?

I was spectating a lot of professional support players, especially from Korea. Looking at their play patterns, builds, ward placements. I was putting a lot of work in the beginning, because I had a lot to catch up. When I became really good I started inventing stuff myself like Morgana support. You need a lot of dedication, hard work and a bit of talent.

What are your thoughts on the new runes, and how do you feel this will affect competitive play in the future?

I totally love new runes system! I can offrole so much easier in solo queue, because you do not need champion-specific rune pages prepared before the game. Right now tank supports seem the strongest after Sorcery tree nerf in Patch 7.24b. I believe some cool strategies are yet to be invented.