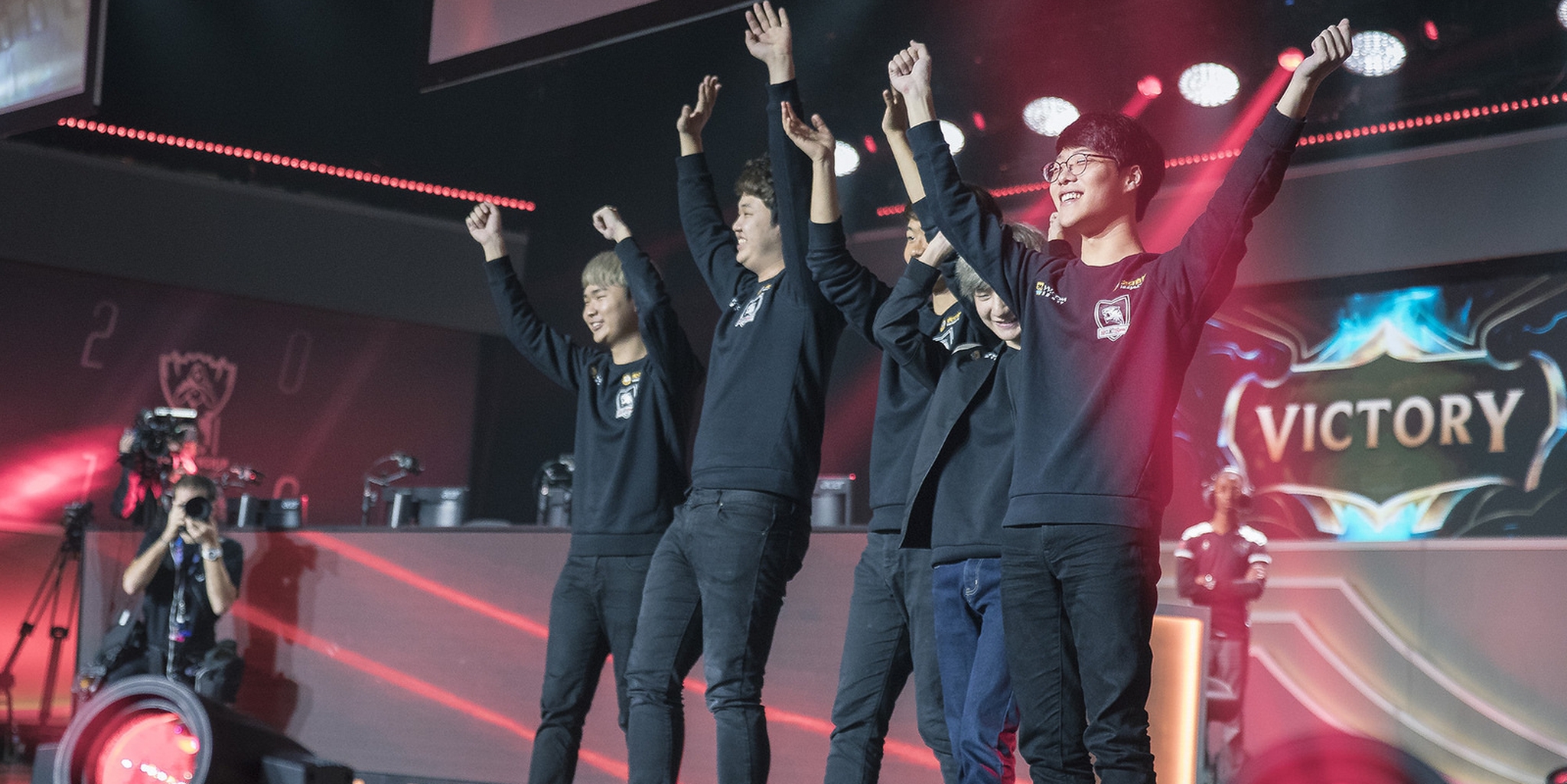 ROX took the series, 3-1, with the only hiccup coming when they got a bit too intoxicated on self-confidence in game three.

All three Korean teams have now advanced to the semifinals after Samsung Galaxy swept North America’s Cloud9 on Friday and two-time Worlds champion SK Telecom T1 beat China’s Royal Never Give Up 3-1 on Saturday. Korean teams are now 24-6 overall in the tournament.

EDG, who went undefeated in the LPL Summer Split, didn’t hold a gold lead until 15 minutes into the third game, when they finally capitalized on ROX’s off-meta Fiora pick and overly aggressive play.

Overall ROX outplayed EDG in every lane, and it certainly didn’t help that EDG’s top laner Chen “Mouse” Yu-hao had to withdraw from the tournament earlier this week due to a family emergency. Mouse’s departure left substitute Yang “Koro1” Tong matched up in the against the man oft-considered the best top laner in the world, Kyungho ” Smeb” Song.

While EDG might have found strength in the bottom lane they let ROX pick Zyra, the most lane-dominant support in the current meta, in games one through three. ROX also got Aurelion Sol in the first two games, whose roaming ability allowed them to apply extra pressure on the side lanes.

In the matchup of the tournament’s top-rated junglers, ROX’s first-year player Wangho “Peanut” Han punished his veteran counterpart Kai ” Clearlove” Ming. Peanut punctuated his dominance in the series with a 11/0/5 performance in game four on his first professional game as Olaf.

What a start for @roxpeanut: First Blood and a Triple Kill in bot lane! #WorldsBigPlays https://t.co/R9g6G87dsn

Meanwhile Clearlove seemed more than a step behind throughout the series, missing skillshots and failing to help his teammates find advantages.

The win for ROX sets up a rematch of last year’s final as they move onto face Korean rivals SKT T1.

Europe’s H2K takes on Russian wildcard qualifier Albus NoX Luna on Sunday to conclude the quarterfinals round—and decide the only non-Korean semifinalists—before the tournament moves from Chicago to New York City for the semis next weekend.