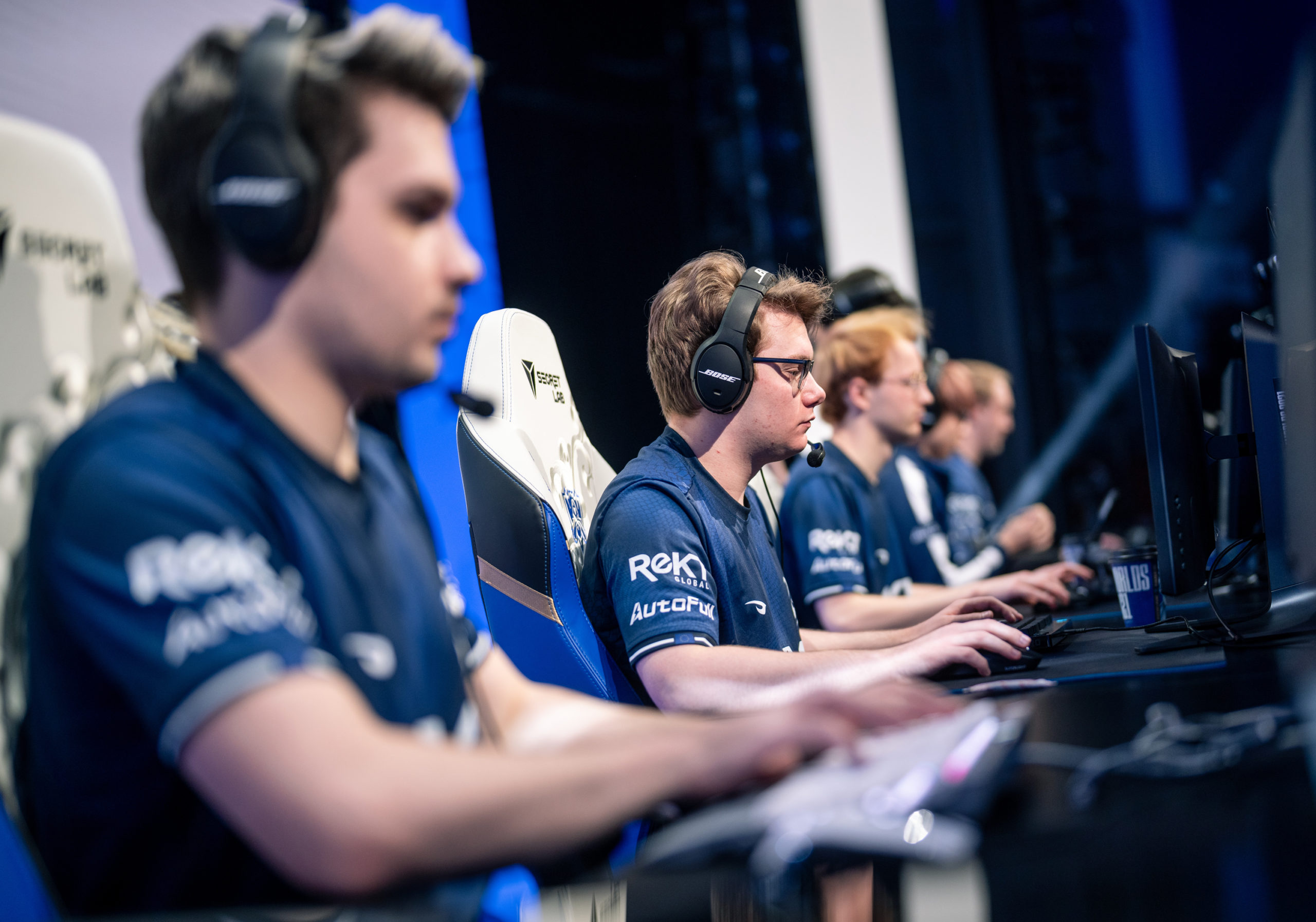 A team full of former world champions has been sent packing from the 2021 League of Legends World Championship after a shocking one-sided game in the first tiebreaker of the day for Group A.

Rogue defied all odds and dethroned FunPlus Phoenix today to eliminate them from Worlds. Aside from DWG KIA, who went a perfect 6-0 in the group, many fans expected FPX to be the second team to enter the knockout stage from Group A. Yet in less than 40 minutes, they suffered their third loss of the day to a Western team and ended with a 0-4 record on Oct. 15 overall.

Concerns regarding the power of both teams’ bot lanes dominated the game as early as the pick/ban phase. The duo lanes of FPX and Rogue have taken advantage of power combos like Lucian and Nami, as well as other dominant picks like Yuumi, Leona, and Miss Fortune. With many of these picks off the table, though, the focus of the game immediately shifted to the top lane.

Getting either Nuguri or Odoamne ahead would be the defining factor in allowing one of these teams, both of whom were 2-4 in their group, to advance. Constant dives from Tian and Nuguri into Rogue’s top side kept kills and objectives between the teams even, while Rogue followed suit in the bot lane.

Unfortunately for FPX and their ADC, LWX, these dives from Rogue were a lot more impactful than their own. LWX had fallen so far behind that even advancing through his jungle proved dangerous, thus taking a major source of damage away from the former world champions. The sheer damage output from Hans Sama and the protection he received from his teammates handed him a clean quadra kill and Rogue’s journey to their next tiebreaker game.

The other European and North American representatives at Worlds have yet to play their second round robin, though they’ve faced equally difficult challenges in their respective groups. The prowess of the LPL and LCK has shown in these groups as well, therefore placing the LCS and LEC teams at the bottom of their standings—but not out of Worlds contention just yet. Though they may also have to fight uphill battles, today has shown that the fight in these regions shines when the teams’ backs are against the wall, which may make the round robins in the other groups equally exciting.

The tiebreaker between C9 and Rogue is now underway.