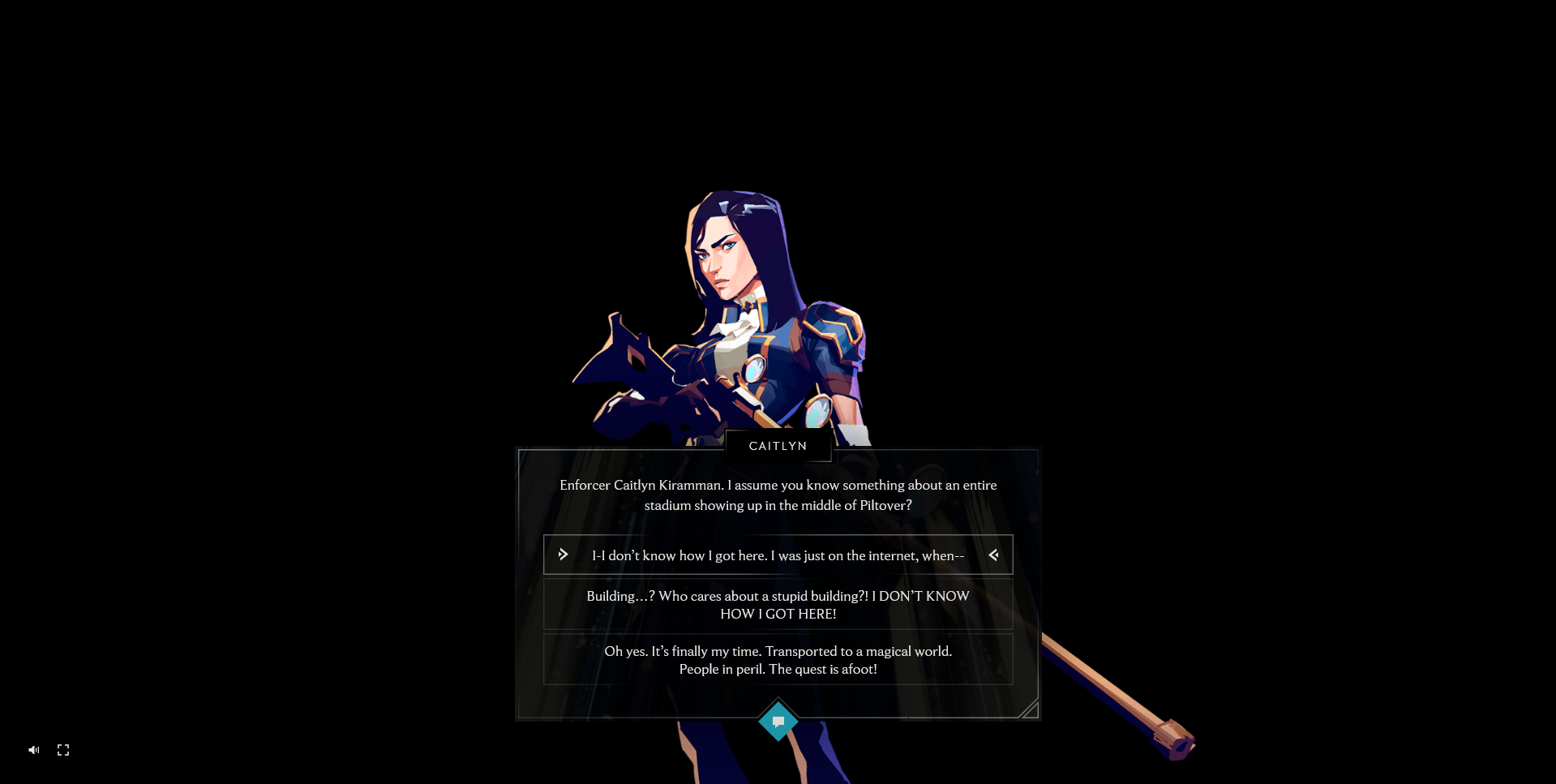 If you’ve been a big fan of Riot Games’ recent forays into visual novel-styled work in the League of Legends client, then you’ll be glad to know that the RiotX Arcane event has brought a similar experience to the developer’s official website.

In the visual novel, the player is thrown into the world of Arcane, where they’ll encounter various popular characters from the world of Runeterra. Familiar faces like Caitlyn and Heimerdinger are among the first champs met, but there are other regions and champions that can be found as users explore the map.

You can visit specific areas around the city, though a handful of others are still locked. It’s assumed that these areas will be unlocked as the rest of the RiotX Arcane event continues this month.

Within the game, players will need to complete small quests to move the story forward, whether they entail searches throughout the map, puzzle games, and mini-games. They aren’t too complicated, but they do add more spice to a world full of surprises.

There are also in-game rewards for any Twitch Prime users that can be found in the Arts District part of the map. They can be claimed by moving to the left side of the area and clicking the small icon that’s hovering over a small Jinx grenade.

Have fun and get ready for a whole month of incredible worldbuilding and games with RiotX Arcane. You can start watching the Arcane animated series on Netflix on Nov. 6.