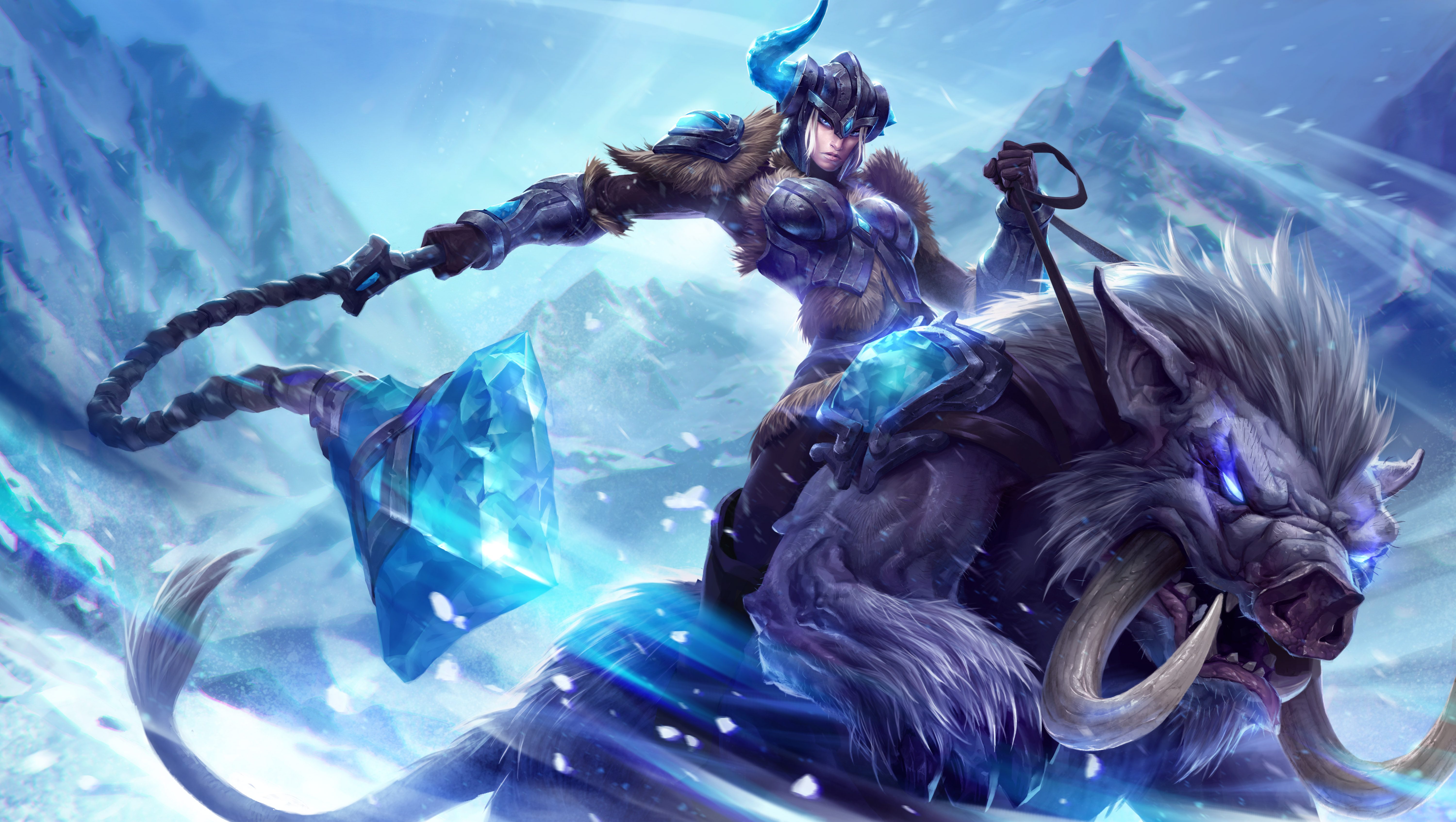 If you were looking for some fresh new skins to rock on Summoner’s Rift, then you’re in luck. Riot Games is adding Hextech Sejuani, Blackfrost Alistar, Blackfrost Rek’Sai, and Blackfrost Renekton to the League of Legends‘ PBE.

Anivia has the only Blackfrost skin in the game right now and it’s priced at 1,820 RP. It’s also the Cryophoenix’s third-oldest skin, which was released in 2013. The new additions follow the theme well from the icy aesthetic to the cold, black and blue color scheme.

Blackfrost Alistar has reimagined the raging bull as an ice monster that’s risen from captivity. He has big pieces of ice on his shoulders and his eyes are glowing pink. His recall animation features him breaking free from some shackles and throwing them together in defiance. The skin looks great but it does share a resemblance to Glacial Malphite, as well as some Hextech skins.

Blackfrost Rek’Sai looks great as well. The champion’s tunnels are now covered in ice instead of being a void portal and all of her abilities reflect the Blackfrost aesthetic and feel. Renekton also looks amazing in the black and blue colors of the Blackfrost. He has plenty of new visual effects with his ultimate and his model looks menacing.

Sejuani, on the other hand, is the next champion to join the fabled ranks of the Hextech skin line. Hextech skins have usually been kept under a paywall of gemstones and this skin will probably follow suit when it’s released on the live servers.

Her updated armor matches the various Hextech looks that other champions have in-game. Sejuani’s boar also has some impressive armor and her mace has been turned into a mechanical ball that she uses to recall to her fountain.

Watch for these skins to drop over the next couple of patches.