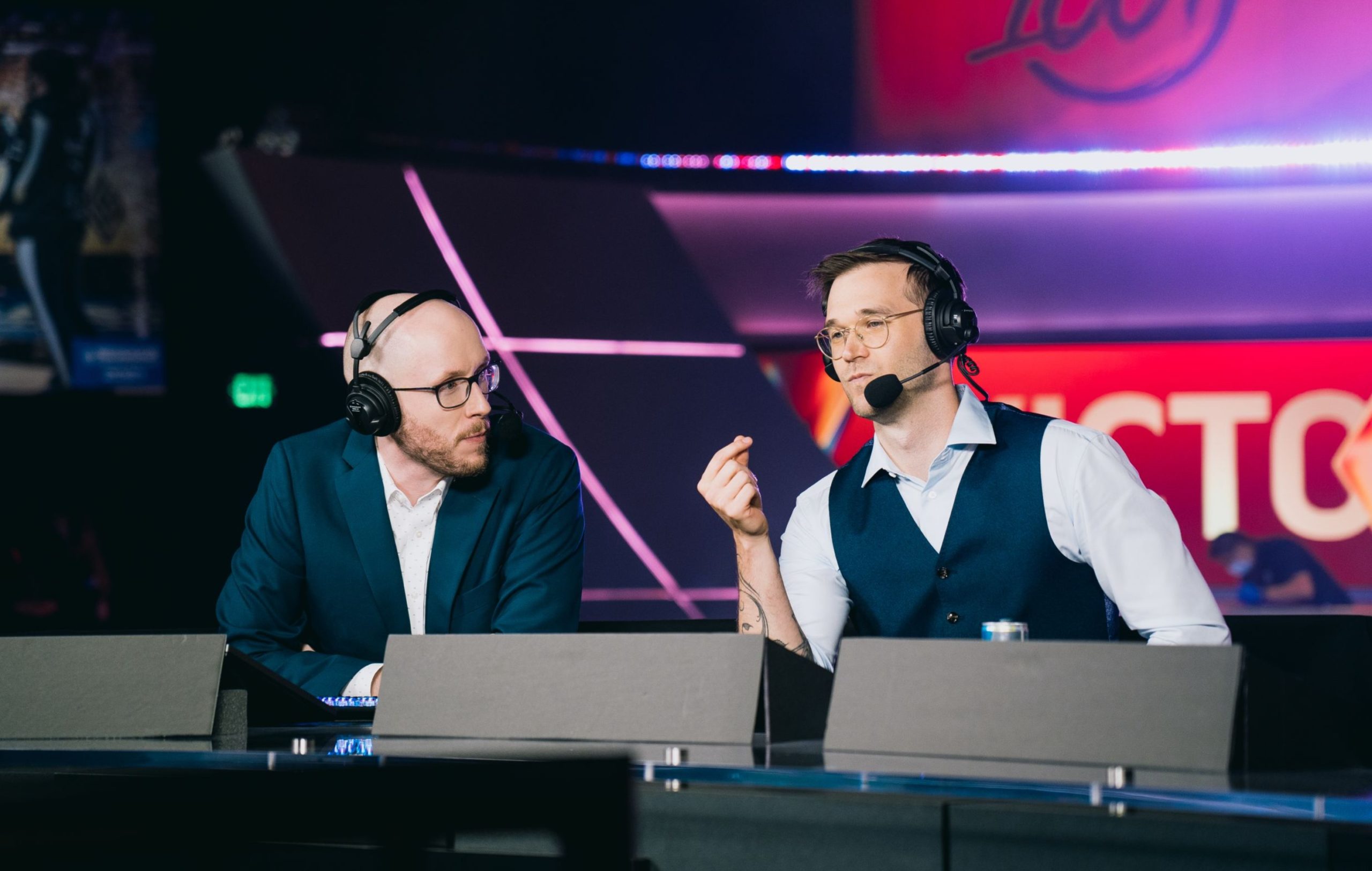 The English on-air broadcast team for the 2021 League of Legends World Championship has been introduced by Riot Games. Plenty of familiar faces from the game’s four major professional regions are set to appear on the broadcast.

This year, 22 casters, hosts, and analysts will appear on the English-speaking broadcast of the League World Championship. Of those 22, eight hail from the LCS’ broadcast, while seven represent the LEC. Seven other broadcasters will represent the game’s Eastern leagues, the LPL and LCK.

The tournament “will utilize the LEC studio as our English broadcasting home base with some regional faces back in the studio for the first time since 2019,” according to a statement from Riot. “The LCS and LCK studios will contribute to and support the broadcast virtually.”

Despite the presence of nearly two dozen individual broadcasters and hosts, some of the pro League scene’s most recognizable names aren’t included in the Worlds 2021 broadcast lineup. In addition to CaptainFlowers of the LCS broadcast, who announced he wouldn’t be broadcasting the event several weeks ago due to personal reasons, LCS host Letigress and LCS analyst Kaizen weren’t announced as part of the Worlds broadcast lineup either.

Longtime LEC caster Quickshot wasn’t noticed on the announcement as well. Quickshot, a 10-year veteran of the competitive League broadcast in Europe, hasn’t missed a World Championship since 2013. Last season, he cast the grand final match of the World Championship alongside Vedius.

Last year, the World Championship was primarily broadcasted virtually from the LEC studio in Berlin while all 114 games of the tournament were played in Shanghai. A similar strategy will be used during this year’s event since all of the matches will take place in Reykjavík, Iceland.

The play-in stage of the 2021 League World Championship is set to begin on Oct. 5 at 6am CT.