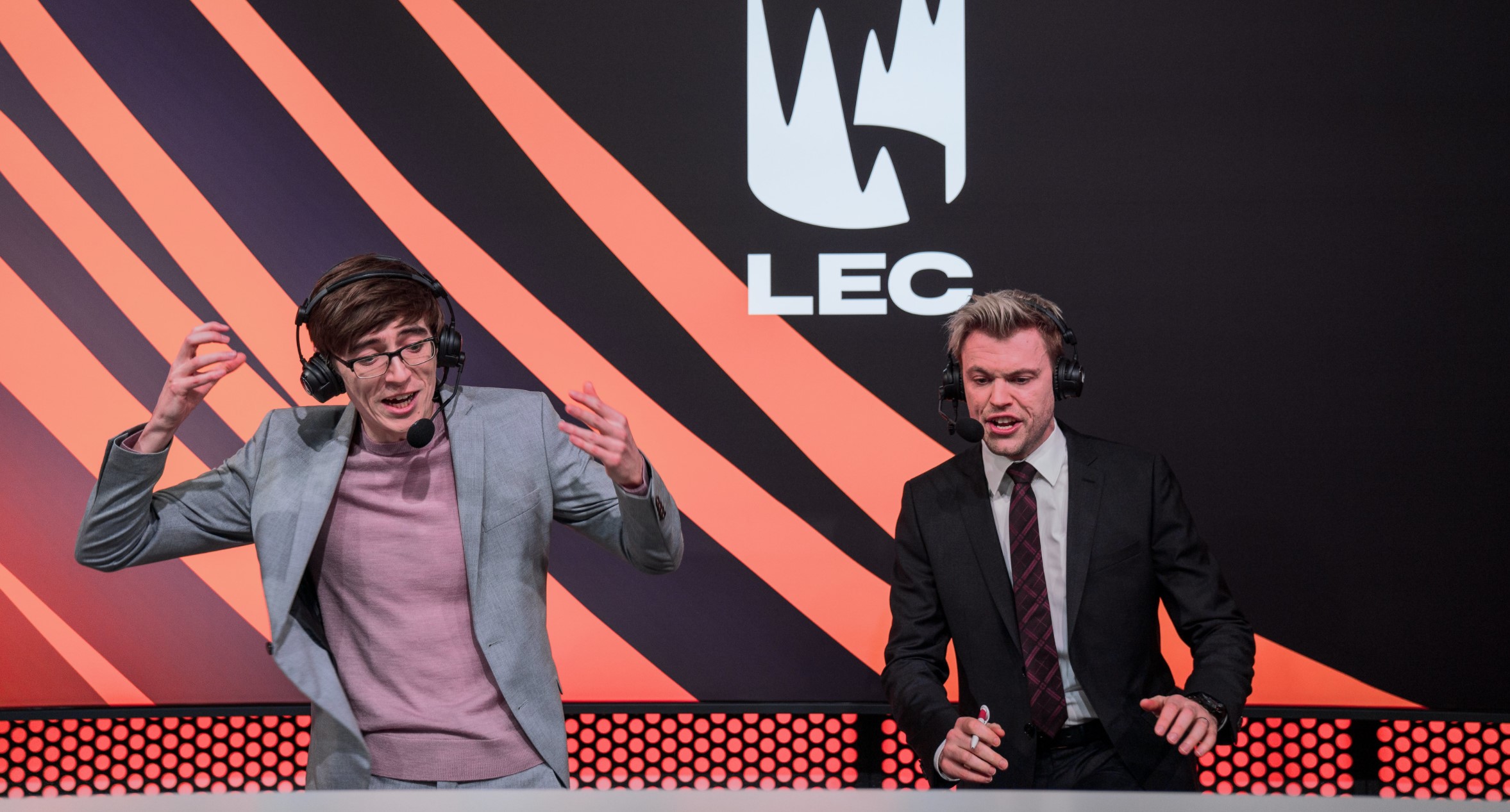 In stark contrast to the finals of Worlds in previous years, the commentary setup will only feature two shoutcasters on the mic as opposed to the traditional outlook of three casters getting the nod for the finals.

This change is most likely due to the fact that shoutcasters have been off-site throughout the entirety of Worlds 2020. And although this weekend’s finals will feature a live audience of 6,000 spectators at Pudong Football Stadium in Shanghai, the on-air talent will continue to broadcast the games from the LEC studio in Berlin.

In fact, this year’s tournament will mark the first time since 2012 where the finals of the World Championship will only feature two broadcasters. In that tournament’s finals, Leigh “Deman” Smith and Joshua “Jatt” Leesman handled the commentary.

This marks the second consecutive Worlds finals cast for Quickshot and his third overall. For Vedius, he’ll be making his finals debut this weekend.

DAMWON Gaming and Suning will battle for the Summoner’s Cup in the tournament finals, marking the first time an LCK team and LPL team have met in the finals since 2014. You can catch all the action when the finals kick off on Saturday, Oct. 31 at 5am CT.