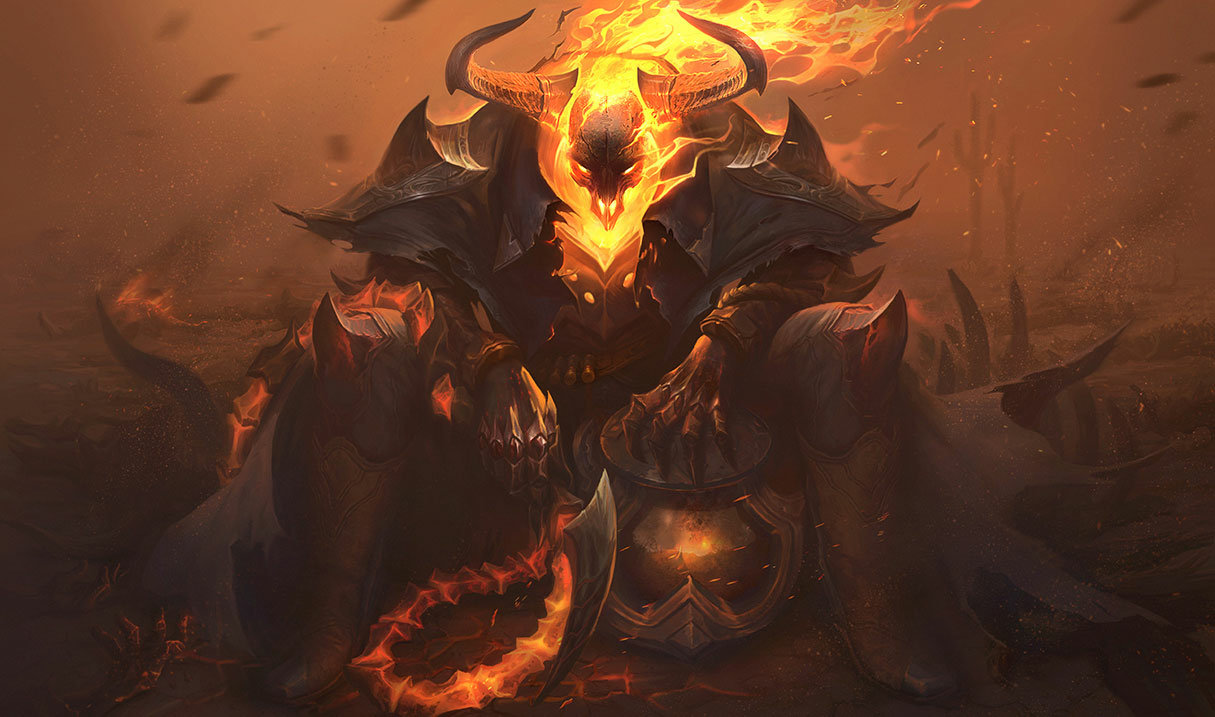 League fans can now buy posters of their favorite champion splash arts. The collection of posters includes a base splash art for all of League‘s 145 champions for $22 each. Similarly, Riot is selling four limited-edition art prints of Jhin, Ashe, Bilgewater, and a medley of champions.

If you’re a classic music fan, you’re in luck. In partnership with iam8bit, Riot has created vinyls including each of League‘s orchestral themes released over the past 10 years. Fans can pick up a vinyl from the iam8bit store for $39.99 each.

With Halloween just around the corner, Riot has added a few items to the collection to celebrate the spooky holiday, including the Harrowing Pin Pack and the Harrowing Team minis. The set of mini figurines include Underworld Wukong, Zombie Slayer Pantheon and Jinx, Lil’ Devil Teemo, and Bewitching Tristana. Each figurine stands between 2.4 to 2.6 inches tall and fans can purchase the entire set for $35.

The High Noon skin line is also getting a chance to shine in this collection. Fans can now pick up a new mousepad featuring High Noon Thresh and a second pin set with Thresh, Lucian, and Urgot in their western-themed getups. Additionally, Riot has added two blankets—priced at $250 each—for both High Noon Lucian and High Noon Thresh.

Riot is offering 10-percent discounts for select products, including items from the K/DA, Star Guardian, PROJECT, and Worlds 2019 collections. Fans can find the entire collection on Riot’s online merch store.