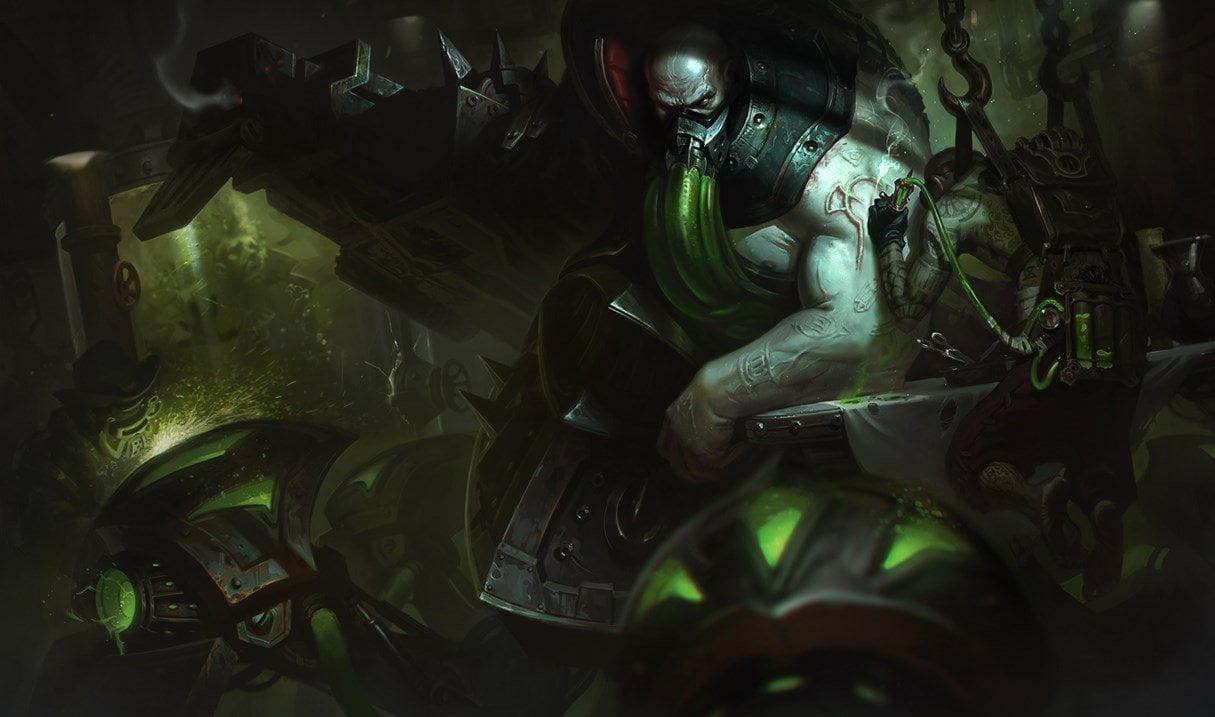 This Viktor was caught dead in the water before a miraculous collaboration of well-timed, or in this case poor-timed, ultimates from both Pyke and Urgot ended up creating one of the wackiest League of Legends outplays ever.

It all begins with a Viktor farming minions in the top lane before an Urgot appears in the lane. As he is running away from the enemy champion, a Pyke storms in, forcing Viktor to flash away from Pyke’s Phantom Undertow. However, Viktor is not out of the clear just yet, as both Pyke and Urgot begin to inch closer to him. Pyke is able to catch Viktor with his Bone Skewer, as Viktor looks as dead as can be.

Yet, in a miracle for the Viktor player and a tilter from the enemy team, Urgot uses his Fear Beyond death ultimate on Viktor just as Pyke casts his Death From Below Ultimate. A nice chain of ultimates that would have been amazing done consecutively, the play from the enemies went completely haywire.

Viktor heals up and burst down Urgot and Pyke, questioning why his screen is not gray.

Many comments clicked on the video expecting a similar chain of abilities from Pyke and Urgot, but when Redditors finished the video, they were left with a more satisfied feeling after the video.

“I came here to see Pyke Q into Urgot E, what I actually saw was better.” Redditor ScottThompsonc107 wrote.

Another Redditor commented below ScottThompsonc107’s comment, stating the same sentiment. In fact, he imagined an entire scenario that played in his mind, only to be surprised by something thought impossible.

“I came here expecting it to be an enemy Pyke with the Urgot using his Q to buffer E and leap half the screen onto the enemy for an easy kill,” Redditor StarGuardianBard commented. “This, however, was peak gameplay instead.”

The clip was first uploaded to a Reddit thread for Viktor mains by u/Miles06, who is the Viktor seen in the video. However, the video really gained traction when it was posted by u/Jeakjeak where it has skyrocketed to the top of the League of Legends subreddit with 7k upvotes in 14 hours.

A weird set of abilities, chained together to create one of the funkiest outplays to end the month of March, nobody can exactly be sure why Urgot used his ultimate on a dying Viktor. Nonetheless, the video has brought joy to many Redditors on the League subreddit, and for that, they can hold their heads high.