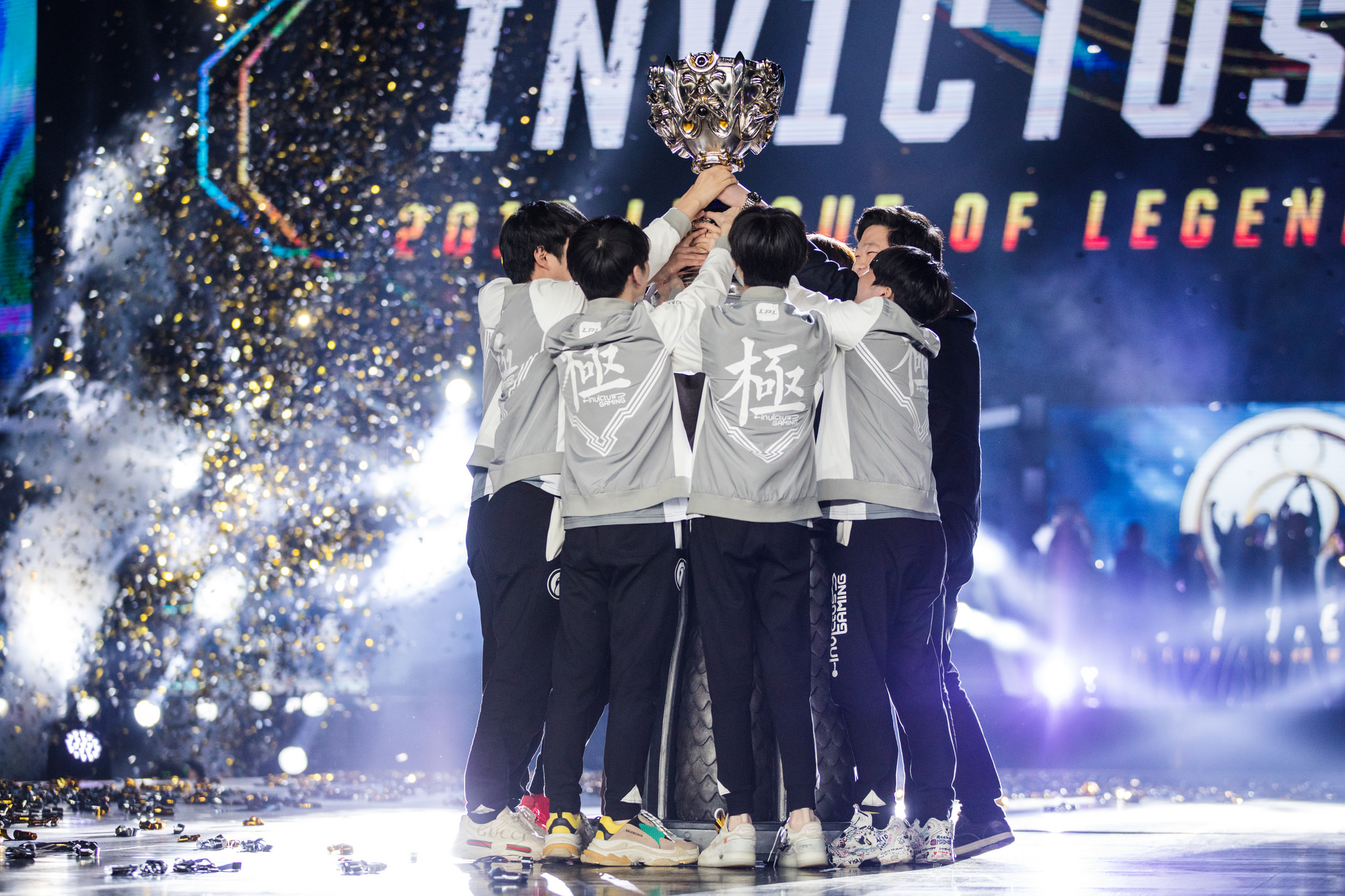 Invictus fell in the standings this year after an underwhelming performance at MSI and a slump in the LPL summer season. But the team, with the help of former AD Carry Yu “JackeyLove” Wen-Bo, clawed their way back into contention and beat out Top Esports in the Regional finals. From there, they had a decent showing at Worlds before losing to the eventual winners of the tournament, FunPlus Phoenix.

In a surprise roster move, JackeyLove parted ways with the team last month, paving the way for a new AD Carry. Now, Puff will replace him with the help of support Southwind in the bot lane.

Vici Gaming was one of the worst teams in the LPL in 2019, landing at the very bottom of the tables and only winning two series in the summer season. The team as an overall unit looked appalling against the famed aggression of China and barely mustered a win.

Puff and Southwind, however, were redeeming factors of the team. They weren’t dominant by any means, but they were a consistent force in the bot lane. They stayed toe to toe with the best players in the league, and if not for their lackluster teammates, they could have gone far.

While Invictus’ current support player has yet to leave the team, it looks like Southwind will be taking the starting position. Wang “Baolan” Liu-Yi was a nonfactor in the team’s success in 2019, and his mechanical inability and his map awareness left much to be desired. A new, eager, and stable bot lane duo may be what Invictus needs to propel itself back to the top of the league.

To help the team thrive even further, Fly will be joining as the head coach. This year, he helped Kim “kkOma” Jeong-gyun and T1 reach the semifinals of Worlds before they lost to Europe’s G2 Esports.