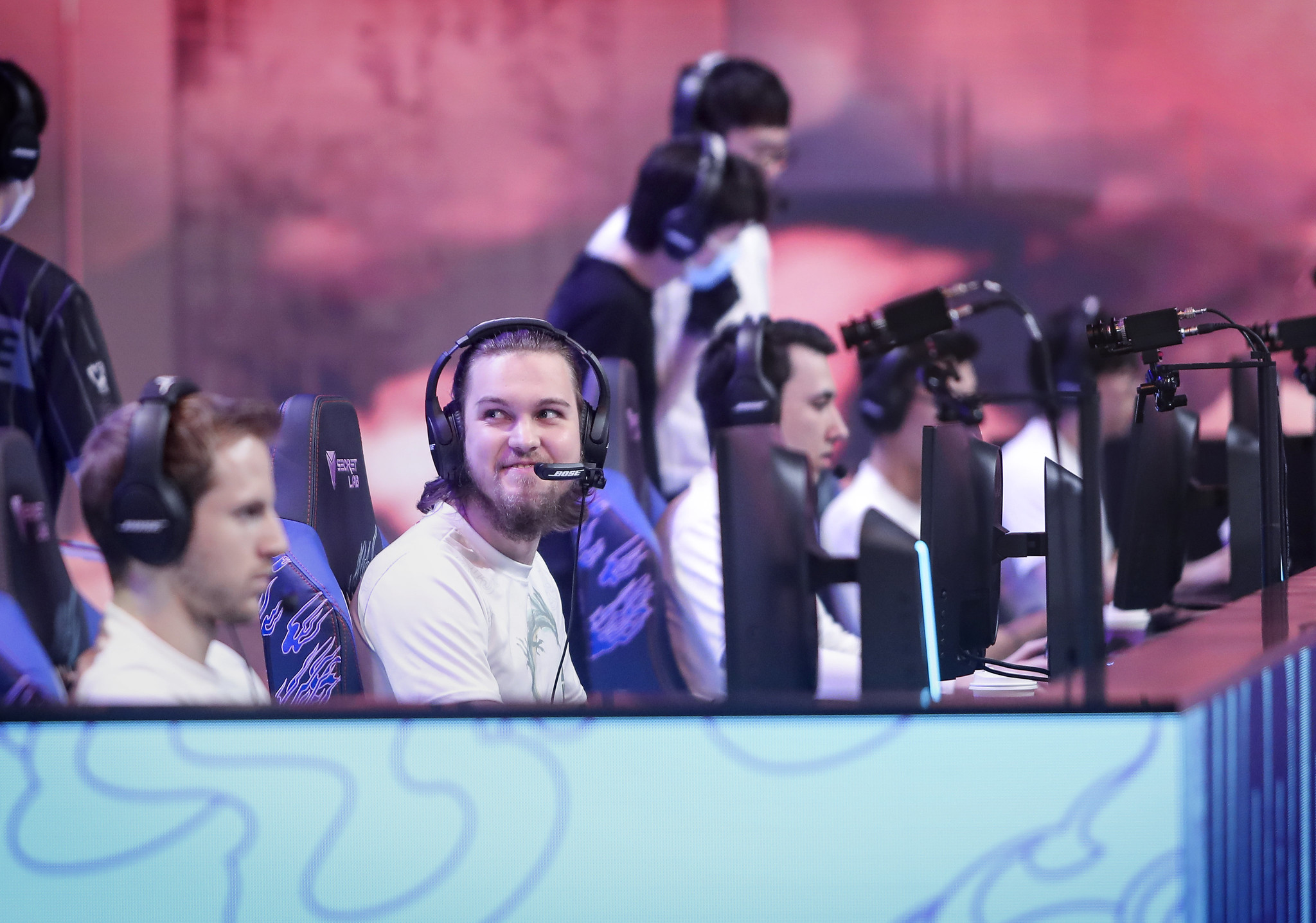 In perhaps one of the scrappiest games so far at the 2020 League of Legends World Championship, FlyQuest took down Unicorns of Love today to improve to 1-1 in the group stage.

This game was undoubtedly one of the messiest we’ll see at Worlds, full of constant fighting and solo kills across the map. But FlyQuest were able to rise above the chaos, translating a teamfight victory at the dragon pit into an end to North America’s undefeated streak at the 2020 World Championship.

For many NA fans, the first glimmers of hope began in champion select with PowerOfEvil securing his signature Syndra up against Nomanz on Orianna. With Santorin relegated to tank duty on the Volibear pick, this game was all about FlyQuest’s star mid laner.

The team’s intention to play through the mid lane was quickly revealed with three successive ganks by Santorin. And despite Nomanz’s best efforts, he couldn’t withstand the pressure being forced on him by FlyQuest.

Elsewhere on the map, however, things were looking much better for Unicorns of Love. Top laner Boss put on an Ornn masterclass against FlyQuest’s Solo, who ended the laning phase at 15 minutes with an 0/3/0 scoreline after repeated ganks by UOL’s AHaHaCIK.

With both teams suffering laning deficits, they limped into the teamfight stage of the game bloody and bruised. The fights were scrappy and often ended without a clear winner while the teams traded objectives back and forth across the map.

But PowerOfEvil was the difference maker and the custodian of North America’s hopes and dreams. His zone control on Syndra helped FlyQuest secure the victory in the game’s final teamfight, carefully positioning Dark Spheres so that one misstep from UOL would result in a quick, one-shot kill.

Although this game marks North America’s first win at the tournament, it didn’t come in the convincing fashion that many fans would have expected from a major region against a wildcard team. The LCS teams at Worlds 2020 have a lot of work to do if they’re looking for international redemption—and this game from FlyQuest wasn’t quite enough to lift fans’ spirits.