Patch 9.9 changes could move Tahm Kench back to the bench

This patch is not a pretty sight for Tahm Kench mains. 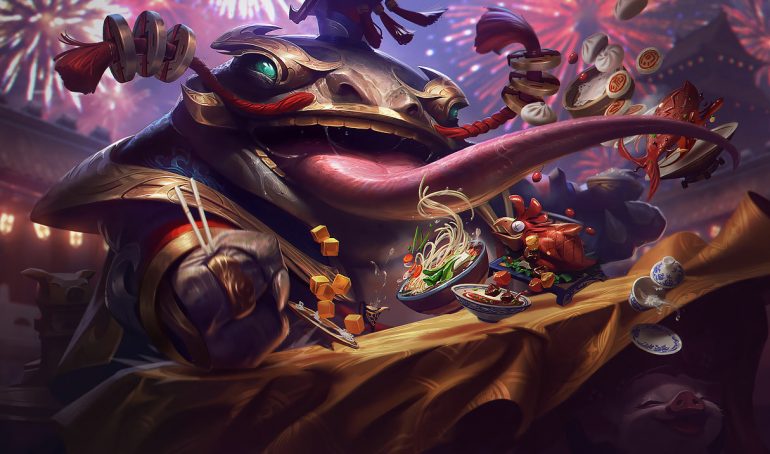 Tahm Kench has always been a difficult champion for Riot to balance in League. His W, Devour, allows you to bail out an ally from the jaws of death, or chomp down on a pesky enemy. Alongside a lot of base tankiness, a cross-map teleport, and crowd-control galore, Tahm Kench has been an annoyance in top and support for the last few years.

Related: Tahm Kench to see a massive list of changes on the PBE

Changes brought in with Patch 9.9 might see the Kench benched once again, however, thanks to a massive nerf to Devour. It will now cost 100 mana instead of 60, do less damage to enemies, and slow you down to 95 percent when you devour an ally.

To balance this huge change out, the cooldown has been brought back down to 20 seconds at all ranks, giving it a bit more uptime in the early game. It no longer scales down to 16 seconds by rank five, however, meaning it’s a four second nerf by the time late-game rolls around.

All this change has done is rendered a core mechanic of Tahm Kench—being able to eat an ally and run away with them safely tucked away—completely useless.

On top of this, his ultimate, Abyssal Voyage, has undergone a severe early-game nerf, knocking 2,000 units off its range, bringing it to 2500. This means that Tahm Kench has to get a lot closer to the action before jumping in the early game. It has been buffed later on, however, to a whopping 8500 units at rank three—which is more than halfway across the map.

Riot has buffed other parts of Tahm Kench’s kit, including a buff on his Q, Tongue Lash’s slow duration (two seconds instead of 1.5), slow amount (50 percent at rank one instead of 30 percent) and range (900 units instead of 800). His E, Thick Skin, also heals and shields for more based off his Grey Health.

These changes mean that Tahm Kench will have to choose to fight instead of fly away with his laner in early game skirmishes in the bot lane. But with an already low solo queue win rate of 43 percent, and with most games being played in higher elos, these changes might just see him fall completely out of favor in all ranks.

These changes will also probably be the death of Tahm Kench in competitive play. Though he’s been nerfed progressively to the ground over the last 18 months, this patch is looking to be the straw that breaks the camel’s back. The movement speed debuff on his Devour means that it’s no longer a reliable escape tool, which was the primary reason he was picked.

He also has less reliable peel on his Q in the early game, with a cooldown nerf at rank one, meaning that it’ll be harder to keep enemies off your squishies. While there’s a possibility top lane Tahm Kench will rise up with the changes to his tankiness and mobility with Abyssal Voyage, the Kench will almost certainly be finding the bench for the foreseeable future.