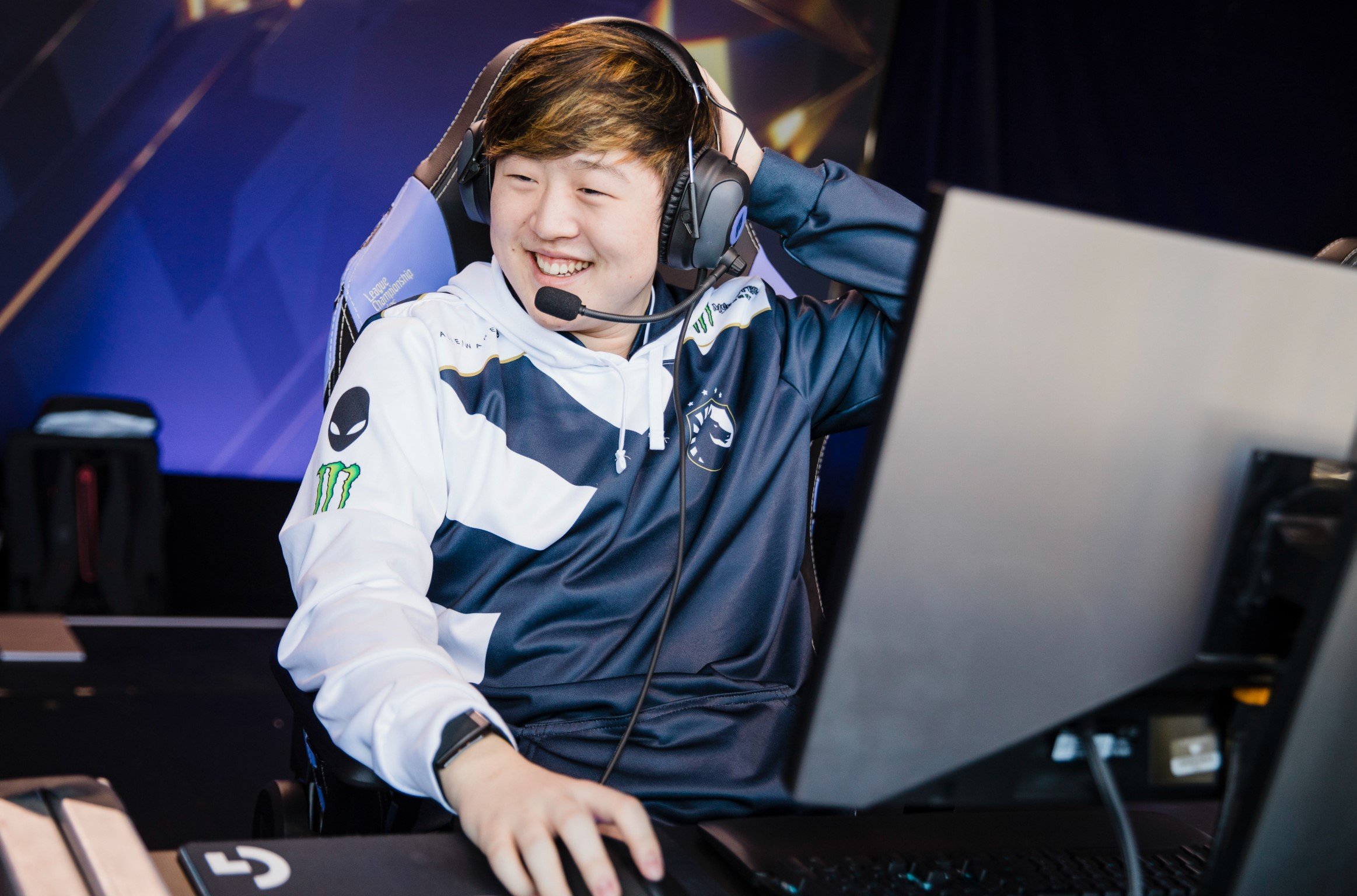 The LCS has seen more roster swaps in the last two months alone than during any time frame in the league’s history. Every League of Legends team in the league (except for TSM) has made at least one major change to its starting lineup prior to or during the Summer Split, setting up a whirlwind of a playoff race.

Now, with just four weeks to go until the regular season comes to a close, LCS teams are scrambling to bolster their lineups ahead of the final push towards playoffs. And, after this upcoming week of play (week six), teams will be forced to lock their rosters ahead of the postseason. Whatever they have at their disposal, that’s what they’ll be sticking with until the end of the year.

With the LCS season winding down and the roster lock deadline serving as the last big milestone date for the league before the regular season officially ends, we took a look at the 10 teams of the LCS and judged what moves they should make (if any) prior to next week’s hard deadline.

TSM: Be ready to add some depth

Watching TSM’s core five develop and grow throughout the season has been a real treat. The chemistry they’ve been able to showcase during the Summer Split, where they’ve won 11 of 15 games, is nothing short of extraordinary when compared to the sluggish start the team got off to back in the spring.

The only unknown variable for TSM right now is a lack of depth. The team has been astronomically stalwart in its dedication to the starting lineup; TSM is the only organization in North America to not make a roster swap this year. But should the team start to slow down at any point in the next few weeks, there’s plenty of options on the Academy level to add to the roster. Longtime LCS veterans Hauntzer and Cody Sun come to mind as potential reinforcements for the top lane and AD carry positions, respectively.

Although Cloud9 have looked like a stronger team since Zven’s return to the starting lineup, it wouldn’t be the worst move in the world to give the team more depth at the AD carry position by re-adding K1ng into the mix as a potential sixth man off the bench.

Zven did admit he was surprised by how much the team had transitioned to playing around top-side during his hiatus from the lineup. Throughout his career, he’s been a traditionally strong strong-side AD carry. If K1ng can play the weak-side role better than Zven, it wouldn’t be the worst idea in the world to keep the LCS rookie on call just in case Cloud9 wants to switch up its playstyle from time to time.

With the season entering “crunch time,” Dignitas will have to put their undoubtable strongest lineup back on the Rift if it wants to climb back into the top half of the LCS standings. That strongest lineup unquestionably includes Soligo.

Dignitas lost its bedrock foundation when Dardoch and Soligo vanished from thin air last month and has gone on a season-threatening 3-6 stretch that dropped them from the “playoff contender” category of the league to the “playoff hopeful” one. Sure, Dignitas have a sizable cushion over the rest of the pack, but if they continue to play at their current Summer Split pace, they’ll finish under the .500 mark with a record of 22-23 to close out the year. The fact that the team won over two thirds of their games across the Spring and Summer Splits with Soligo in the lineup, and are on pace to barely squeak into the playoffs with a losing record while featuring Yusui tells you all you need to know. If Dignitas really wants to contend during the postseason—where the games really matter—it’ll have to reinstate the variable that turned them into a contender in the first place.

Normally, a first-place team would go all-in on bolstering the roster ahead of the trade deadline, but with such a dominant roster already in place, it feels like a moot point for 100 Thieves to add anything else to the equation. The front office knocked it out of the park during the midseason free agency period. The additions of Abbedagge and Reapered have turned 100 Thieves into a title favorite overnight. With a 13-2 record during the Summer Split and an eight-game winning streak under their belt heading into week six, 100 Thieves are poised to continue their stretch of success well into the back half of the split.

Evil Geniuses has a secret weapon just waiting in the wings in Contractz. In his one appearance this summer, the longtime veteran posted a 6/0/12 scoreline in a win against then-first place TSM. One game is a small sample size, but it’s enough to make us believe Contractz still has the potential to compete at the highest level.

And sure, the team’s full-time starter Svenskeren has been one of the better junglers in the LCS as of late, but Evil Geniuses head coach Peter Dun has never been one to shy away from using every weapon in his arsenal to the fullest extent—especially if his days at the helm of Splyce and MAD Lions are anything to judge him by. If Svenskeren and Contractz, two well-established veterans, are able to lead the charge for an Evil Geniuses team that’s suddenly gaining momentum in the top half of the LCS, the possibilities are endless when it comes to talent, potential, and depth for the team’s roster.

It’s pretty obvious CLG aren’t going anywhere this season, even with a team composed of five stellar veterans. Now, two-thirds of the way through the year, CLG has to figure out which of those veterans are going to stick around to lead the team next year and which pieces of young talent it can call up now to develop a roster.

Calling up the Academy bottom lane duo of Katsurii and Hooks, at the very least, should give the team a feel for what they’re working with down on the farm. CLG doesn’t have to go all out with their roster changes, but giving their younger players a chance to get a feel for a “playoff race,” would be beneficial. With more teams like FlyQuest, Golden Guardians, and Evil Geniuses promoting young talent to the LCS level just to get a glimpse of what their future might look like, it would make sense for the non-contending, veteran-packed CLG to follow suit.

Several weeks ago, when Team Liquid announced a flurry of roster changes, the team’s general manager Kang “Dodo” Jun-hyeok promised the team would keep top laner Jenkins on board and opt for a six-man roster that featured both him and Alphari. But that point has yet to arrive. The team seemed pretty gung-ho on giving Alphari a chance to return earlier in the split, but the former MVP candidate is nowhere to be seen (unless, of course, you count his appearance in a recent Team Liquid/Jersey Mike’s advertisement).

Liquid has a real chance at making a run towards the World Championship if it’s able to feature both Jenkins and Alphari at their full-strength levels, and the team can seriously keep opponents on their toes with both of those players on the roster. Remember when Cloud9 pulled a similar move in 2017 with top laners Ray and Impact? We could see a similar level of effectiveness down the line with this Liquid roster if it’s able to use their weapons correctly.

FlyQuest: Actually settle on a roster

FlyQuest has been an experimental team for several weeks now. The team’s 10-game losing streak has done nothing to help its chances at contention. FlyQuest has been bringing up Academy level players to the main stage on multiple occasions this split, but with just five days until rosters lock for good, the organization will need to settle on a developmental set of players that will get a chance at playing in the LCS throughout the remainder of the season.

The team committed to a full-blown rebuild by trading veteran top laner Licorice away to Golden Guardians and quickly followed up that move by calling up the entire Academy level roster to the LCS stage ahead of week six. It’ll be fun to see how that set of players ends up performing at the highest level of play, but more importantly, the organization’s top priority needs to be dissecting the performance of their players and settling on the five that are going to give them the best chance to right the ship in 2022.

Immortals have the potential to make a serious run at a mid-tier playoff seed in the next few weeks, but it’s hard to tell whether they’re going to be buyers at the deadline. While the team has certainly improved during the Summer Split, with each of the five players playing well from a statistical standpoint, the team still finds itself three games under the .500 mark.

What’s hurt Immortals the most this season is the sluggish start the team got off to in the Spring Split. Had the LCS still given teams a clean slate at the start of the new split, Immortals would be in a tie for fourth place alongside Cloud9 and Liquid right now, as opposed to the meandering seventh place they find themselves in. It’s still unclear whether the organization wants to develop the talent they already have or make an all-or-nothing push towards the finish line, but on paper, swapping out players won’t throw Immortals over the hump—especially with so much ground to make up in such little time.

If there’s any one thing Golden Guardians should be doing over the course of the next few weeks, it’s trying to make an attempt at developing a roster for next year. The team is committed to building around newly-acquired Licorice in the top lane, but with question marks elsewhere on the Rift, we might see another makeover from the team this coming offseason.

Golden Guardians has an abundance of options in the bottom lane, where any combination of Stixxay, Newbie, Prismal, and Chime could be able to find success on the LCS stage if given the time to meld. If anything, Golden Guardians should make it a priority to move some pieces around in the bottom lane in the coming weeks in preparation for what will most likely be another developmental season next year.