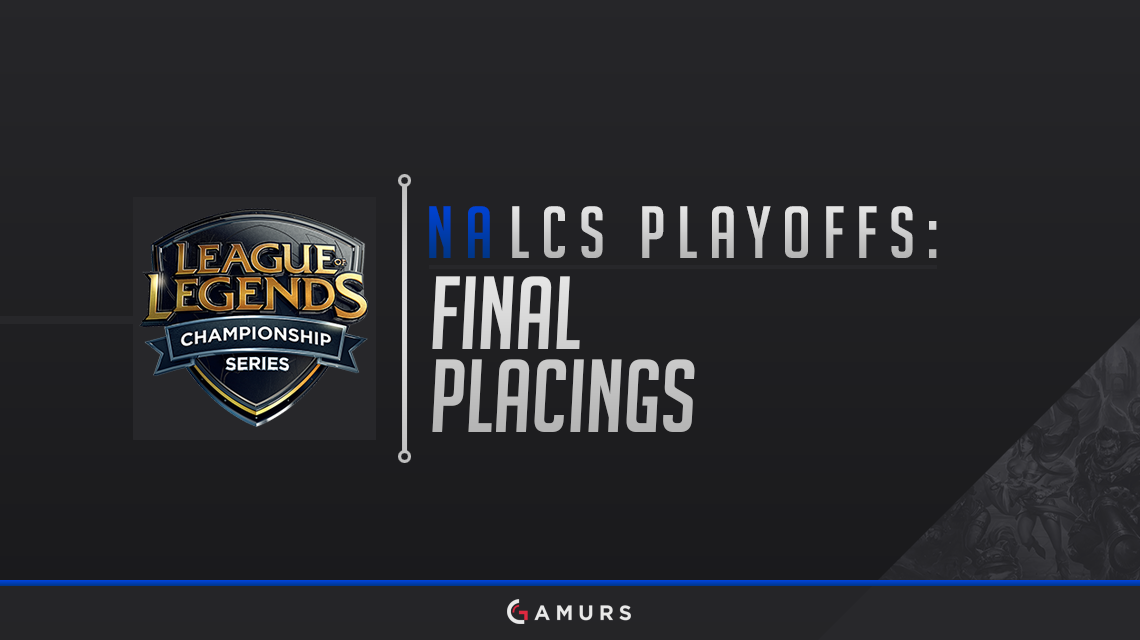 The North American League Championship Series has come to a close after a thrilling regular season and playoffs. Team SoloMid proved that their changes in-between the splits were correct ones, while Cloud9 was able to ripen late in the season for a solid finish. The final placings for the 2016 Summer Split playoffs are as follows:

On behalf of all of us here at GAMURS who covered the NA LCS this Summer Season, we would like to congratulate Team SoloMid on their fourth NA LCS championship. In doing so, TSM automatically qualifies for Worlds 2016. We would also like to congratulate CLG, who secure the second spot to represent North America at Worlds due to their amount of championship points.

Who do you think will be the third and final team to represent North America at Worlds? Let us know by commenting below or tweeting us @GAMURScom.