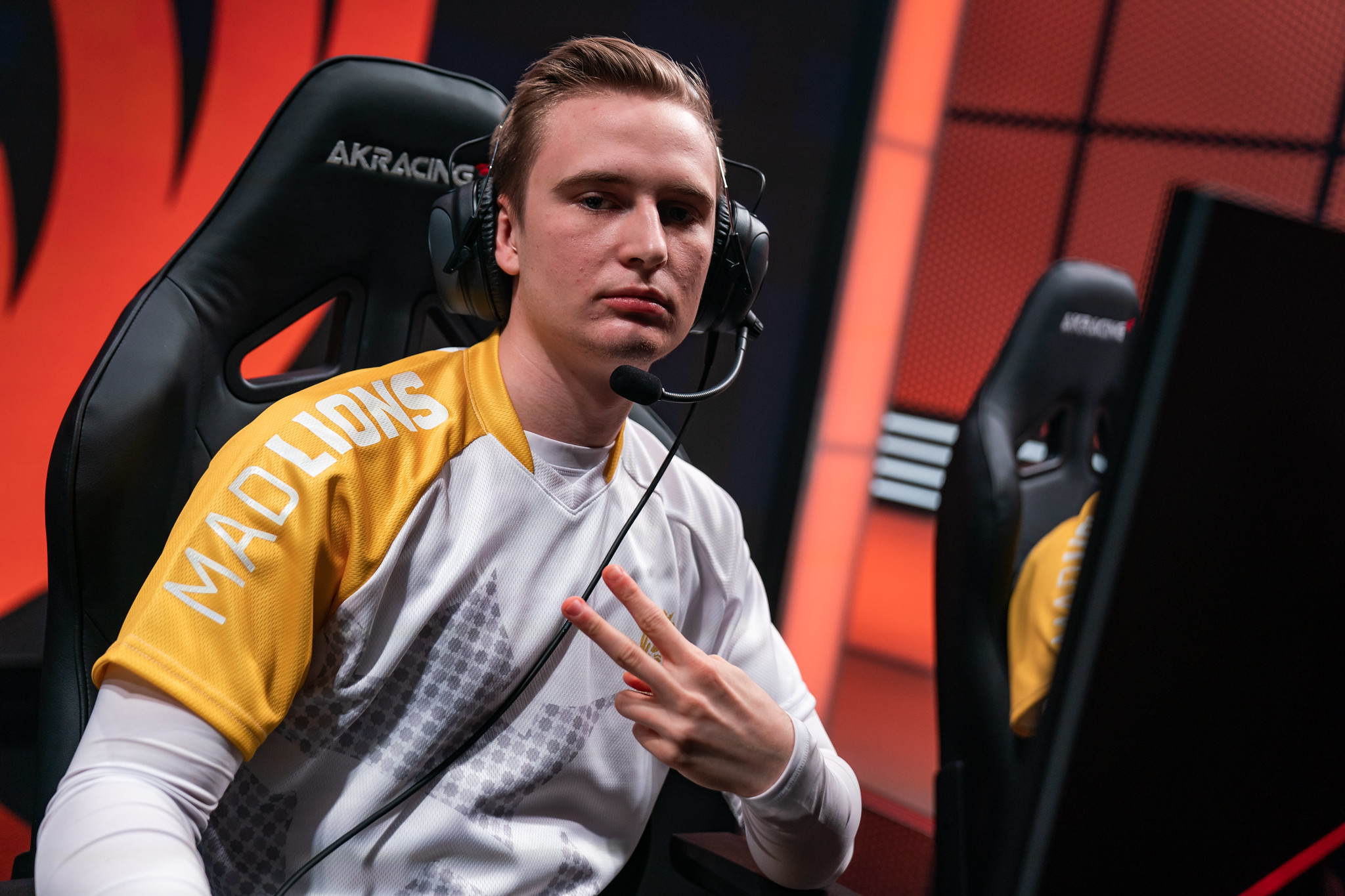 After another strong win against Misfits Gaming, MAD Lions’ Marek “Humanoid” Brázda spoke with Dot Esports about how his team adjusted from last week’s loss to Team Vitality, what his team’s mindset is heading into the last two games of the season, and his thoughts on the competitive nature of the LEC this season.

Last week, the first-placed MAD Lions suffered an unexpected loss to a Vitality team that was hovering around as a mid-tier European team. Although it was pretty rough, Humanoid attributes this hiccup to a false read on the meta that week.

“After last week, we were a bit tilted because we didn’t really show up on stage as well as we should have, or as we did like past few weeks,” Humanoid told Dot Esports. “I think we also had a bad read on the meta—we didn’t prioritize Caitlyn as a really strong pick. We thought it was not that good, but now we kinda realize that it’s really OP.”

This week, MAD Lions broke out Caitlyn—as did multiple teams across the world—and with some help from Zhiqiang “Shad0w” Zhao’s world class Lee Sin, they were able to dominate Misfits and get a much-needed win in their quest for first place in the summer.

Speaking of first place, MAD Lions is completely focused on taking first place this summer, in order to give themselves the best shot at a Worlds appearance. As a result, their match this Saturday will be of utmost importance, since Rogue are the only team in position to take the regular season throne away from them.

“I think Rogue is really strong,” Humanoid said. “I think sometimes they don’t have the best drafts, [and] we can kind of abuse them in that way, because they play some champions that are not really that strong. They only play scaling midlaners [and] they cannot really play anything else. So I think that’s how we can beat them. We can outdraft them.”

This season has been one of the most competitive splits in LEC history. There aren’t any favorites, and almost any team—from Schalke 04 to Team Vitality—can come out on top. As a result, every single team in the league still has a chance to make the playoffs with only two games left to play.

“Compared to last year, there’s not really many of those ‘free win’ teams that are just really bad,” He said. “I think every team is like at least decent, and even the bottom-tier teams that were not that good at the start, are actually really good now.”

MAD Lions were able to wrest away sole possession of first place in the LEC—for now. They still have two more games to go, with one against a Rogue squad that will be looking to bounce back from a disappointing loss to Vitality.

You can catch Humanoid and MAD Lions in action when they face off against Rogue in the LEC Match of the Week on Saturday, Aug. 7 at 2pm CT.