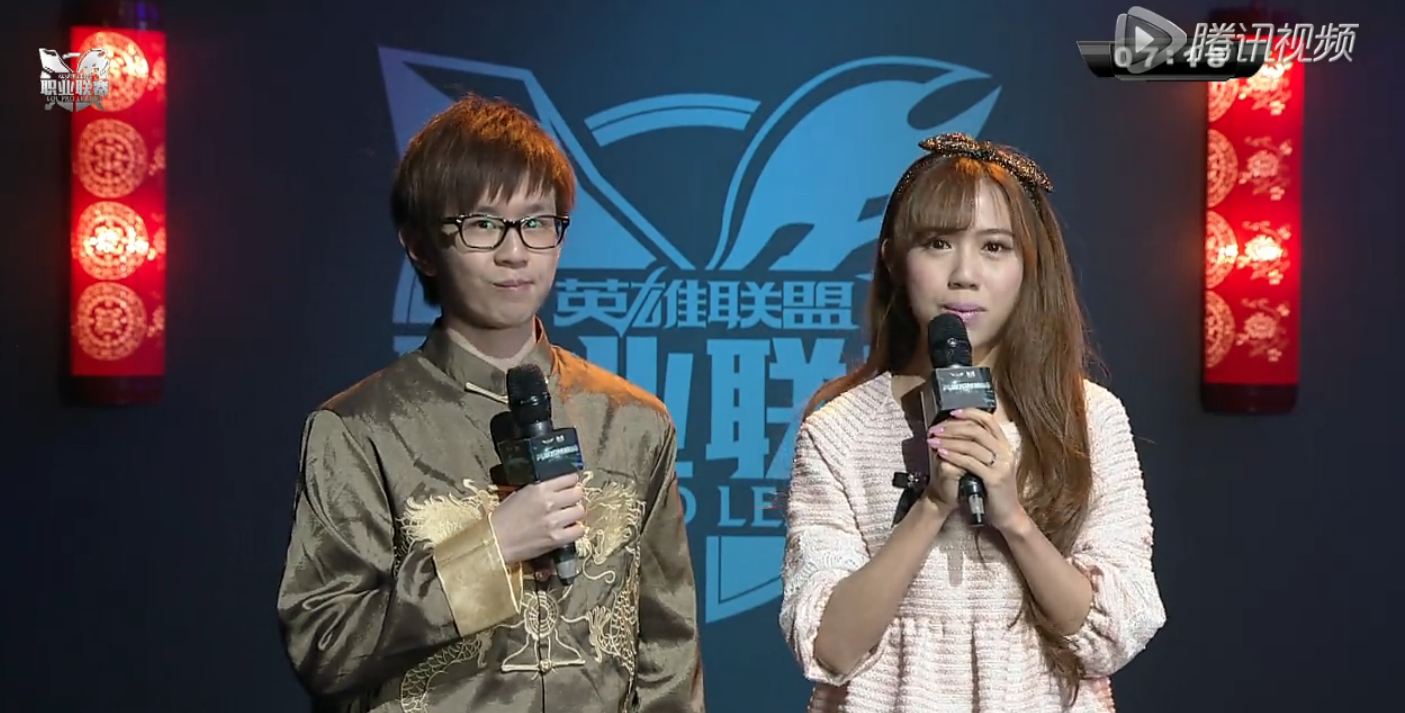 Welcome back! I’m Baobao. We’ll be interviewing the ADC who managed to secure a full three points for each game – Kane! Say hi to everyone.

Congratulations are at hand. You managed to win two games in a row. Would this be the first time you won a best of two?

I’m sure this is something that really helps with EP’s morale and confidence.

Even though your performance yesterday had some problems, you managed to fix the state of your team and achieve a very good record. I feel like EP has been playing outstandingly this weekend. Up until now, have you been satisfied with how your teammates are playing?

Kane: We switched in two Korean players and our synergy is a little slow, so our record hasn’t been the best. So we’ll have to try and slowly improve.

The Korean players on your team haven’t been with you for too long. How is the state of your current synergy with each other?

Kane: I just feel like we don’t count as a particularly strong team.

You picked Graves in your first and second game. Why did you pick him?

Kane: Because it’s easier to go into lane-match ups with Graves.

His burst is also pretty strong.

Who’s your favorite champion to play as an ADC?

Kane: I guess my favorite champion is Jinx.

Kane: Because she has long range, because her passive allows her to pick up a lot of kills in team fights…so I really like to play her, haha.

So it seems even though you have your favorite champion, you have to pick certain ADCs that will fight into your team comp.

Who do you think performed the best in your team today?

Kane: Everyone played very well, and I think my mid-laner also played well.

So let’s congratulate EP again for securing a full three points for each match! Keep working hard and keep this up, okay?