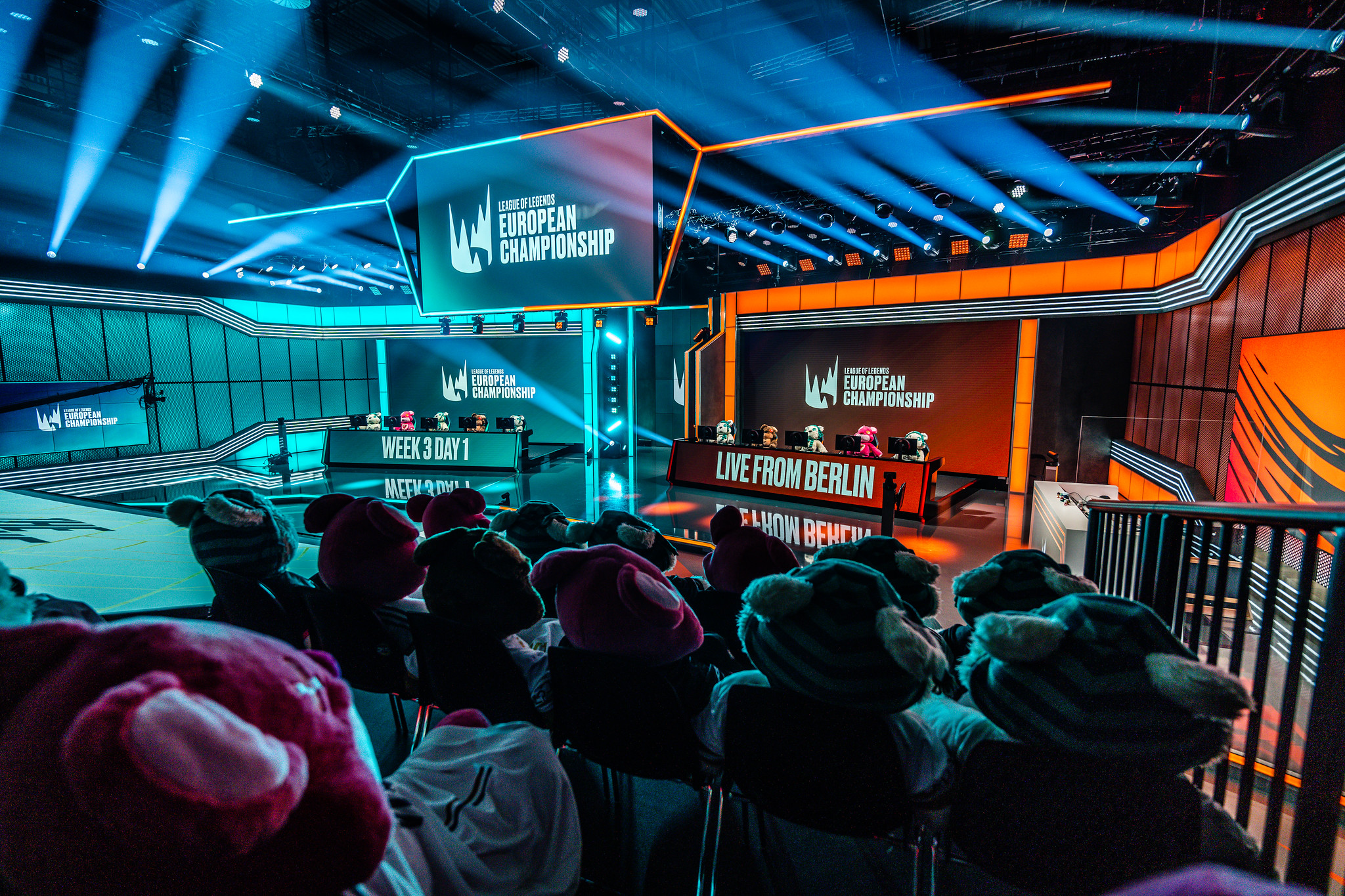 Even though this edition of the LEC Team of the Week has a very distinct blue theme running through the bottom side of the map, two players in the top side have pierced expectations and finished with a 2-0 week along with their respective teams.

They might not be the biggest names on their League of Legends rosters, but these two anchors were important cogs in their team’s mission for success. The rest of the lineup from mid to support, however, has been taken straight from the best team in Europe—the only squad that is still undefeated this spring.

Broken Blade might have been one of the more understated members of G2 Esports’ new roster, but this weekend, he stamped his foot down as an essential part of the organization’s new League era. In two of the most exciting matches of the past weekend, the 22-year-old maintained a key role as a consistent pre-15 minute threat among his teammates, who generally struggled in the early game.

He also only had one death through the weekend with a league-leading 24 KDA, even though his team almost threw away a guaranteed victory against Misfits Gaming. It’s easy to forget about the 22-year-old after the team retooled its roster since many eyes were placed onto their fiery rookie bottom lane with Targamas and Flakked. But every team still needs a solid rock to rely on, and Broken Blade has been as good as they come within the first three weeks.

It was a stunningly good week for Team BDS. After starting the season with four losses in five games, the team kept its head above water in week three, securing two much-needed victories to drag them out of the LEC’s cellar. At the helm of the team’s two wins was their jungler, Cinkrof, whose map-wide presence in back-to-back games allowed BDS to push their advantages early and often. His deathless KDA of 19.0 across this week’s games was the best among all LEC junglers, while his kill participation mark of 76 percent was the third-highest across the entire league this week, according to League stats site Oracle’s Elixir.

And while the argument can be made that BDS had a relatively soft schedule this past week with games against SK Gaming and Astralis, the fact that the team is taking down rosters they’re supposed to beat while rookies like Cinkrof are carrying the load is a good sign for the relatively younger lineup. Cinkrof and BDS will have the chance to impress further in what should be tougher tests against G2 and MAD Lions in their next two games.

Rogue had another extraordinary week in the LEC. The European team grabbed two crucial wins. The first one was against Fnatic, which cemented them as the sole leader of the table, while the second victory came over Team Vitality, arguably the biggest European superteam this season.

Much of last weekend’s successes came off the back of Larssen.

Fnatic allowed the Swedish mid laner to pick Twisted Fate and were quick to pay for their mistakes. Larssen showed what world-class map control on the Card Master means. He ended the game with an eye-watering KDA of 5/0/9. Against Vitality, Larssen found himself as a target of early plays. He stood his ground, however, and provided Rogue with pivotal damage and zoning, especially during the both teams’ fight for second Baron Nashor control. All in all, he once again brilliantly managed his tasks in Rogue’s cohesive gameplay, proving that in terms of European mid laners, he’s a force to be reckoned with.

Rogue are the only undefeated team in LEC 2022 Spring Split, and three of their players make our list for the Team of the Week for week three. It shows how much the team’s synergy is working in perfect cohesion. Their strategies seem foolproof, and they remain an enigma moving into next week.

AD carry Comp returns to make an appearance on our TOTW list due to his distinct playstyle, and he has impressive statistics to back them up. His fantastic positioning during teamfights makes Rogue look perfect in the game. During week three, he played champions like Caitlyn (6/0/3) and Jhin (6/0/6) and maintained the highest kill participation of ADCs at 78.2 percent in the league thus far. He boasts the highest number of kills (44) and assists (53) in the role after week three, further showcasing his colossal impact in the matches.

He also has the highest KDA (19.4) of any player in the LEC 2022 Spring Split so far. Having such a high number of kills and assists might denote that he has a risky playstyle, but in reality, the player has the second-lowest deaths at five just behind Upset, which makes him a remarkable asset in the team. Having someone of his caliber provides the much-needed finesse to assemble the perfect Rogue squad moving forward.

Rogue closed what should have been the toughest week for them with two victories. Still undefeated, the team showed dexterity, cohesion, and constancy across the map. And a big part in Rogue’s success comes from their support, Trymbi.

How can we identify the best support player? Just look for the team in the spotlight and find the person in the shadows. That’s Trymbi. Never in the spotlight but always there at the right moment to initiate the right move for his teammates, the support brought constant advantages to his team. In the decisive match against Fnatic for the first place in the rankings, Trymbi showed League fans the first Janna of the Spring Split, ending the game with one death and 15 assists. The next day, another surprise arrived on the Rift when Trymbi locked in the Lady of Luminosity, Lux, paired with Comp’s Caitlyn.

Trymbi is a versatile player, performing excellently even with such a large champion pool. With Rogue, he set their longest winning streak in the organization’s history. In a post-match interview on the LEC broadcast, Trymbi said he’s “having a bit of fun” playing this year, and we’re enjoying his plays as much as he does. He is the person the team can always rely on, both in game and outside of it, as they prepare for another week of tough battles.