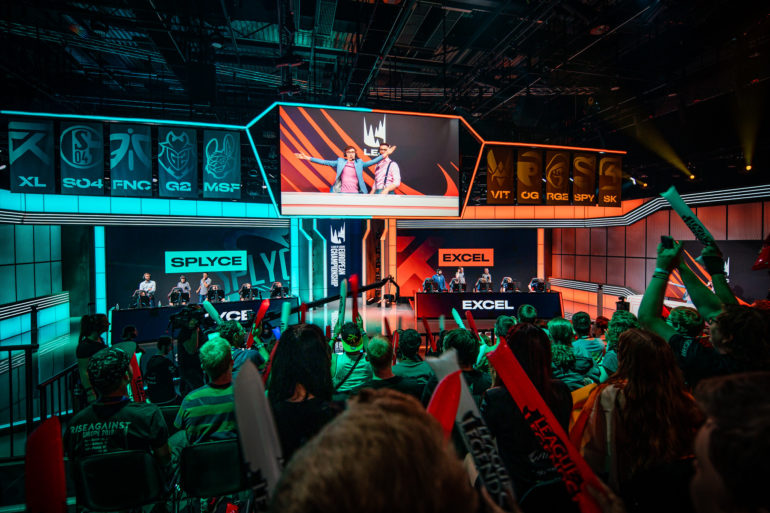 After seven weeks of play in the LEC 2019 Summer Split, things are starting to come into focus. We not only had a lot of consensus among our ranking experts this week, but the rankings very closely match what the league standings look like.

Unlike some weeks, when our voters ranked each team from one point (worst) to 10 points (best), there were some clearly definable tiers. You might be able to argue a bit between Vitality and Schalke, but everything else seems pretty set.

Of course, that’s just setting up the league for utter mayhem in the last two weeks of the split. Things tend to get crazy right when you think you’re safe, so buckle up for a potentially wild ride.

We already know Misfits threw in the towel, though losing to SK was a bit of a new low. But this week brought confirmation of something we’ve suspected for a while now: not all is well in the SK Gaming house.

When we spoke with SK jungler Oskar “Selfmade” Boderek before summer, he surprisingly indicated his dissatisfaction with the team’s playoff performance in the Spring Split. It was a sign of his high expectations for himself and his team.

But high expectations can be a double-edged sword. Instead of helping the team to improve, things have fallen apart in the midst of internal sniping. The team has since tumbled down the standings as a completely discombobulated group, a sad sign for a young team that showed such promise just a few months ago.

Not dead yet: Excel, Rogue

Neither of these teams are going to make playoffs. But that doesn’t mean their seasons are over. They can continue to make things hard on the teams ahead of them in the standings while improving their own chemistry. Everyone wants to avoid whatever happened to SK over the past few weeks.

Excel continued to impress by beating Splyce last week though they fell short against a resurgent Vitality squad. We’ll take that win as a sign that Excel’s recent run isn’t fool’s gold and that they actually have some solid pieces on the team. The question is whether the team can polish any of those pieces into players that really shine.

Rogue fell short against Splyce last week, but Splyce are a really good team that usually doesn’t drop sets against inferior competition. The bad news is that the road doesn’t get any easier, with G2 and Schalke on the schedule this week.

Two of these teams are going in one direction and one is heading in the completely opposite way. It’s not easy to see which are which. Vitality have overcome some really questionable jungling and sloppy top lane play early in the season to pull it back together in the last few weeks. They’re always dangerous and even though their win over G2 was marred by G2’s troll Garen pick, a win is a win.

Schalke are right there as a top team that could challenge for the first four spots in the league. That’s probably their ceiling, but after replacing star players in the offseason, it’s a good reset.

Origen though, which took one of those star players, is a mess. The team just looks lost, like they’re trying to play like someone else. Their losing streak has now reached four games, including an inexplicable loss to Misfits. At 6-8 and with a friendly schedule ahead of them, they’re probably not in danger of missing playoffs, but this is still a tragic story for a proud team.

These are still the best teams in the league. Our voters weren’t thrown by G2’s loss one bit, and even though Fnatic had some loose moments, Splyce’s loss to Excel keeps them just a notch outside the top two. The only remaining match between these three is the week nine showdown between Splyce and Fnatic. That may decide which team is best positioned to loose to G2 in the playoff finals.