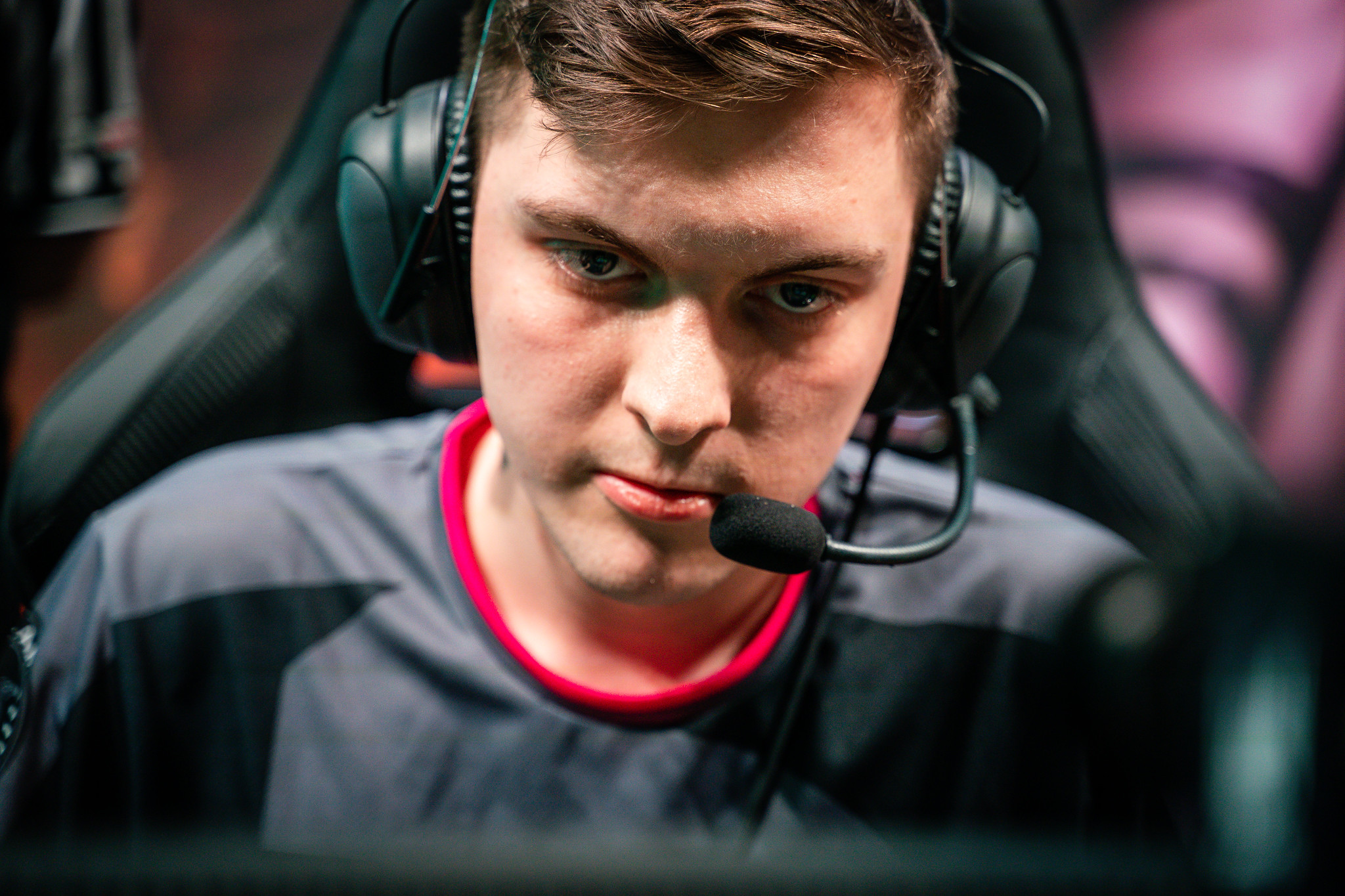 It took just one game in the LEC for Oskar “Selfmade” Boderek to, well, make a name for himself.

SK Gaming’s rookie jungler had the honor of playing in the first LEC game ever. But it wasn’t going to be easy. He was going against Mads “Broxah” Brock-Pedersen and Fnatic, a team fresh off a run to the Worlds final. There would be no shame in losing gracefully to one of the best junglers in Europe.

But Selfmade had other ideas. Within minutes he had First Blood in the top lane and used that advantage to snowball out of control. After a long pause brought on a remake, he smoked Broxah again, but this time, SK were allowed to finish the game.

By the end of the split, SK had ridden the talents of Selfmade—who won Rookie of the Split—to a surprise playoff run. But in an interview with Dot Esports, Selfmade said that he was unimpressed with those accomplishments.

“I wasn’t so happy personally,” he said. “I think going into playoffs as a mediocre team is nothing to be proud of.”

Selfmade and SK Gaming are hardly satisfied with surprising everyone with their results. They’re still hungry, and they’re shooting higher for the LEC summer split.

Of course, SK’s playoff appearance wasn’t a total surprise to those who’d followed the team as it built from the ground up. SK’s managing director Alexander Müller said in an interview before the start of the spring split that his team full of rookies would “surprise everyone.”

The team’s results, which included wins over top teams like Fnatic and G2, validated the trust that Müller put in Selfmade and the other young players.

“If you realize that we took three wins from FNC and G2, it says a lot about this team and the potential it has,” Müller said. “In our games versus OG you could see the lack of experience. All in all it gives you a very good indication of where the team is right now.”

Müller admitted that some of the team’s losses, especially to worse teams, pointed to their collective inexperience. The good news is that they didn’t play scared, or showed stage fright. Selfmade concurs—he says he was comfortable from the very beginning.

All split long, Selfmade created plays for his team, sometimes when there wasn’t really anything going for them. He was able to do this because of the comfort level he felt under the bright lights.

“I don’t really feel any pressure or stress on stage,” he said. “I try to play there just like in practice. If I see [a] good opportunity I will go for it, even if my teammates don’t think it’s the best option.”

But near the end of the split, Selfmade and SK ran into some barriers that they weren’t able to play out of. They actually had to rally to make the playoffs after losing several games in the middle of the split. The first-round loss to Splyce, a series in which Selfmade was unable to capture tempo on early game junglers like Rek’Sai, stung.

“At the start I always praised [Splyce jungler Andrei “Xerxe” Dragomir],” Selfmade said. “But the longer I played vs. him I realized he is overrated and has zero impact on his team and the way his team plays.”

Those are bold words for one of EU’s resident jungle veterans, and it’s reflective of the way SK feel they gave away the series with a lack of focus. They’re also a sign that this team has high expectations for themselves and their opponents, and they won’t stop at just making playoffs.

If that wasn’t clear already, the team made it even more apparent with the recent news that it was trying out a new top laner. The starter last split, Jorge “Werlyb” Moreno-Torres, is fine in a pinch, but he’s not the type of player SK can rely on if they have championship aspirations. It’s unclear whether new top laner Toni “Sacre” Sabalić is that guy, but at least the team is being realistic about its talent level and is proactively making changes.

For Müller, the key is to remain patient and keep building the way they have already. When asked whether he feels like his strategy has been validated, he responds with caution.

“The players are at the very beginning,” he said. “They played 22 maps on the highest level now and still have so many things to learn and achieve. Let’s just give them time to get to the next level step by step.”

As for Selfmade, he’s not concerned with the hype that has been heaped on him as the latest in a long line of star European rookies. He’s more concerned about getting his team to reach that next level.

“My first split in LEC was a really nice journey,” he said. “I didn’t expect myself to make it to playoffs and then the Rookie of the Split award. I didn’t really feel any pressure because of ‘SK selfmade hype,’ and every day in the office was a pleasure for me. Going on stage is the best feeling that can happen to any player, so it was really nice time for me.”