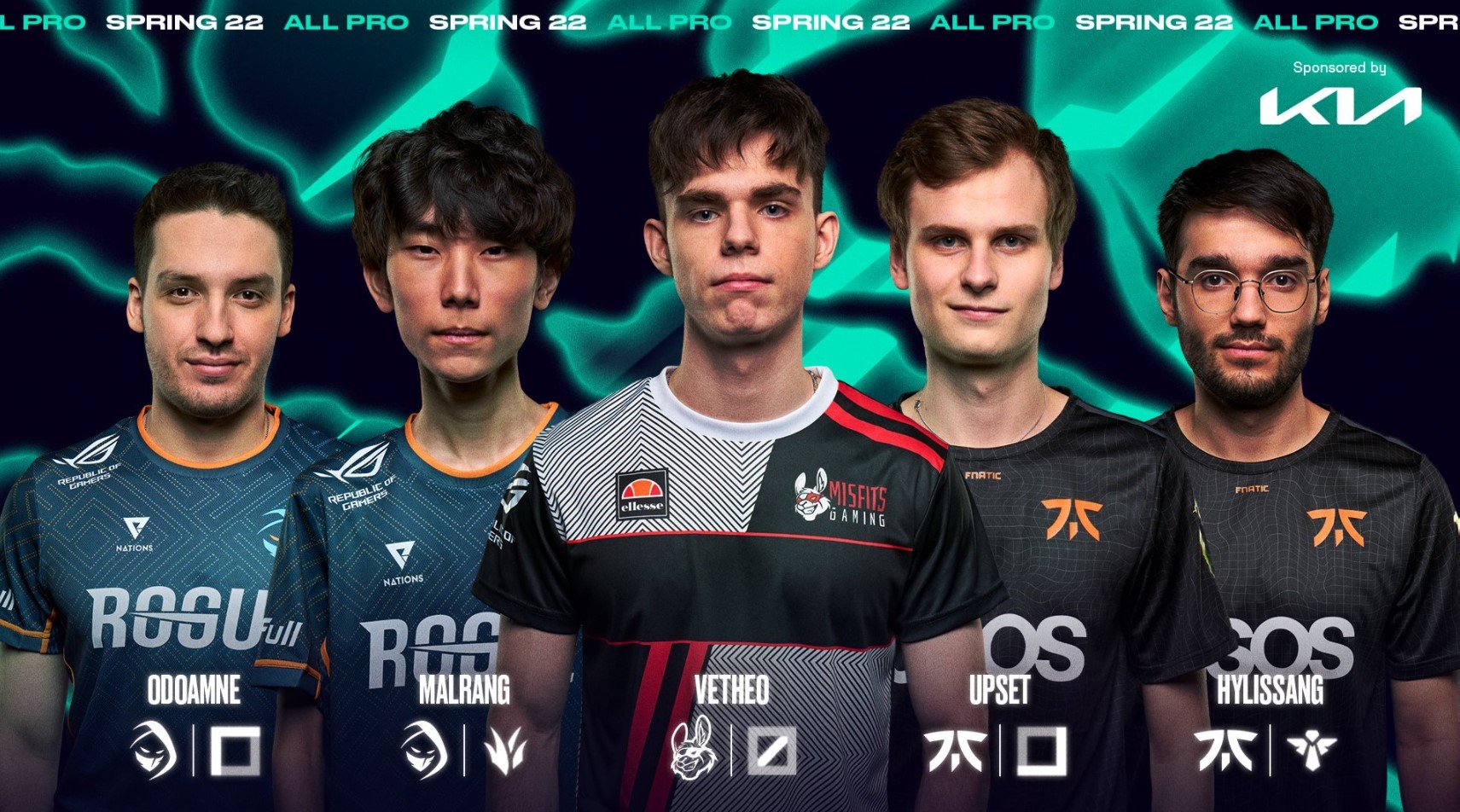 The LEC has introduced the lineup for the league’s All-Pro teams following the 2022 Spring Split.

Five players were voted onto the LEC’s first All-Pro team by a panel of commentators, coaches, journalists, and other league-affiliated personnel, while two other teams were formed by the second and third-place finishers. The league’s first All-Pro team is headlined by Rogue’s top-side pairing of Odoamne and Malrang, Misfits’ mid laner Vetheo, and Fnatic’s bottom lane duo of Upset and Hylissang.

Among the five players on the first All-Pro team, Fnatic support Hylissang received the most first-place votes for his selection, with 51 of the 53 participating voters on the league’s panel picking him as the best support in Europe. Fnatic’s jungler Razork was the only player from the team to not be featured on one of the LEC’s All-Pro teams this split.

This split marked the first time since 2016 that no member of G2 was selected to the first All-Pro team, according to Riot. Furthermore, this split was the first of G2 mid laner Caps’ career in which he wasn’t voted onto any of the three All-Pro squads.

The only player from a non-playoff-qualifying team to find a place on an All-Pro team was MAD Lions’ jungler Elyoya, who was voted onto the league’s third All-Pro team.