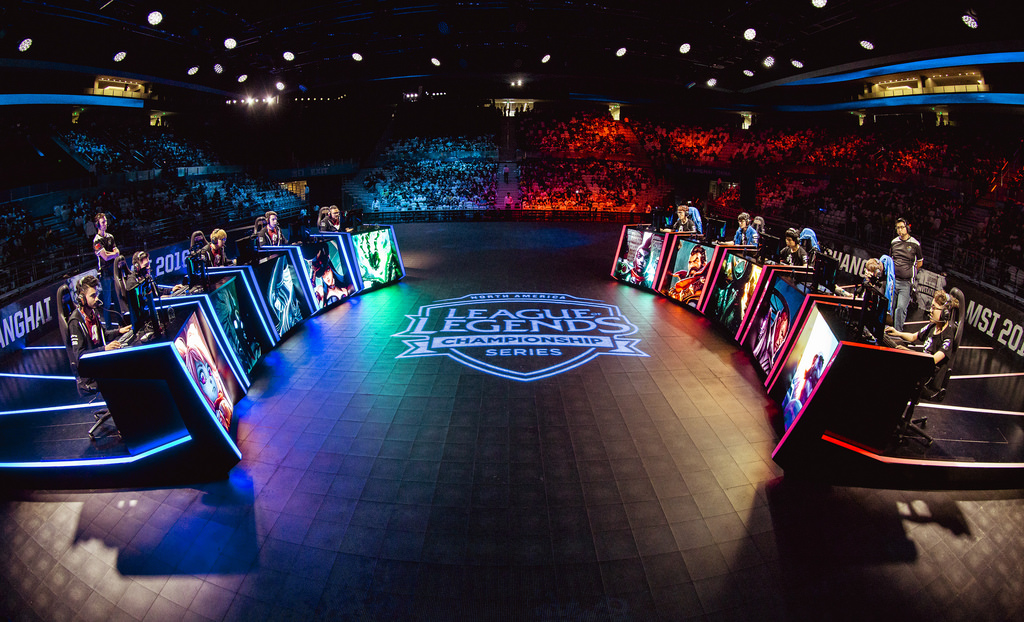 The second biggest international League of Legends event, aside from Worlds, kicked off this morning in Shanghai, China. The best teams from each region clashed to establish supremacy over the global scene.

The Midseason Invitational (MSI) features the champion from each major league—SK Telecom T1 in Korea, Royal Never Give Up from China, Counter Logic Gaming from North America, G2 Esports from Europe, Flash Wolves from Taiwan, and SuperMassive from Turkey representing the group of international wild cards. The event’s group stage, which runs over the next five days, began today. Each team will play every other team twice leading into a playoff stage where the top four teams compete for the title next week.

After one day of play, few will be surprised that the teams from Asia’s two biggest regions sit atop the table. SK Telecom T1 and Royal Never Give Up are the only undefeated teams so far in Shanghai, but they got there through very different means.

SK Telecom T1 looked utterly dominant in two games against G2 Esports and SuperMassive. Entering the event, the defending world champions are heavy favorites, and they played like it, surrendering only four kills through their two matches of the day. That’s not a surprise for Turkish side SuperMassive, who is utterly outgunned on the big stage. But G2 lost to the Korean juggernauts even faster than their Turkish rivals, only mustering three kills in a match they couldn’t survive for even 25 minutes.

SKT looks like a team on a mission, hungry to add that MSI trophy to a display case that’s only lacking that midseason title. Often the defending world champs suffer a bit of championship hangover after their victory, but the Koreans look like they haven’t missed a beat in 2016.

Right now their biggest competition may be Chinese side Royal Never Give Up, who managed to beat Counter Logic Gaming and SuperMassive on their home soil. But if SKT looked superlative in their two wins, Royal were anything but.

The tournament opened with an absolute slugfest between the Americans and Royal, a 43 minute game featuring 43 kills and ridiculous back-and-forth fights, like a quadra kill for rookie Trevor “Stixxay” Hayes winning a 1-on-3 situation leading to a 30 second duel against Jang “Looper” Hyeong-seok, who barely denied Stixxay the pentakill and emerged as the last man standing. Those kind of fights were the norm, as Stixxay and his counterpart on Royal, Wang “Wuxx” Cheng, traded big plays and got caught out of position, leading to a tug of war for supremacy. Eventually it was the Chinese side who came out on top.

It was a win that, after the match, Royal’s players said gave them confidence for the future of the event. That’s important as a table setter for the team, considering last year, after Chinese squad EDward Gaming took the MSI title, the region absolutely bombed at Worlds, leading to questions on whether the region could compete with North America, Europe, and Taiwan internationally, much less Korea.

Of course, that confidence didn’t make their match against heavy underdogs SuperMassive any easier—the Turkish kept Royal honest by playing a strong game against the hometown team. At the end of the day, though, Royal got the win, and are in a solid position after one day of play.

Below them in the standings are two teams sitting at 1-1, Counter Logic Gaming and Flash Wolves.

The American champs opened the event with that disappointing close loss to Royal, but they finished the day by securing a win over Taiwan’s Flash Wolves in similarly close fashion. The lengthy game saw CLG come out on top thanks to a timely dragon steal from Jake “Xmithie” Puchero securing a five buff for his team, leading to the eventual win.

Overall it was an up-and-down day for the Americans. The team showed creativity by picking Aurelion Sol in the first game for Choi “HuHi” Jae-hyun, a move that caught Royal off guard and allowed CLG to make interesting plays around the map and especially down the mid lane. But individually, HuHi’s play left much to be desired in both games. Stixxay showed he has a bit of the man he replaced in CLG’s lineup in him (superstar Peter “DoubleLift” Peng), putting together impressive team fights but often getting caught in no-man’s land. Xmithie may have pulled off the steal that won the game against Flash Wolves, but that was after a poor game overall with Kindred, leading to questions on whether he can play more carry-style junglers on the international stage.

While there are plenty of questions about CLG, they were a few small plays from ending the day 2-0. It wasn’t an entirely encouraging start for CLG, but it gives hope they could potentially reach the finals of the event.

Flash Wolves may have fallen to CLG, but in some ways their day seemed more promising. Mid laner Huang “Maple” Yi-tang looks like he might be the second best player in the tourney behind Lee “Faker” Sang-hyeok, and certainly the second best mid laner. Entering their game versus G2 Esports, the storyline of the jungle-mid matchup, with Maple and Hung “Karsa” Hau-hsuan up against Luka “PerkZ” Perković and Kim “Trick” Gang-yun, was front and center. But some questionable mid-game moves by G2 allowed the Flash Wolves combo to dominate the game, combining for a 19/5/23 KDA scoreline between the duo.

The Europeans entered the event with a ready excuse—they didn’t get much practice in the weeks leading up to it. Of course, that’s their fault for spending the offseason on vacation instead of, say, bootcamping in Korea, but the excuse did seem valid in that it looks like it could have affected their results. Both their losses were disappointing, with a questionable draft against Flash Wolves leading to an untenable mid game situation after a single mistake, followed up by getting absolutely thrashed by SK Telecom T1. For a team and players that seemed to talk a big game before MSI, like PerkZ’s infamous statement that Asian mid laners aren’t better than European ones, today was disappointing. Luckily for G2, there’s four more days left in the group stage.

Outside of SK Telecom T1, the only team that really exceeded expectations was Turkish side SuperMassive. The wild card team lost both games, but when expectations are so low, playing Royal close and surviving longer against the Korean titans than Europe counts as progress. Based off today’s results, it wouldn’t be surprising to see SuperMassive end the tournament with a win under their belt, something the team couldn’t accomplish last year at MSI with a similar roster as Beşiktaş e-Sports Club, who went 0-5.

So after one day at MSI, it looks like SK Telecom T1 moves from heavy favorites to prohibitive favorites. While it’s quite possible Counter Logic Gaming, Flash Wolves, Royal Never Give Up, or even G2 Esports can pull things together and avoid mistakes as the tournament progresses, it’s hard to see that being enough to challenge the Korean overlords.

Matches start tonight at 1:30 AM ET as Counter Logic Gaming takes on G2 Esports, followed by a massive game between SKT and Royal. Later Royal will play G2, and SKT battles Flash Wolves, giving Maple a chance to try his hand against Faker. The first day of MSI may have produced some sloppy games, but many of them were close and exciting. If that’s any indication, we’re in for a hard-fought week and a half leading into the finals on May 15.