The second half of the League Championships series opened with Super Week, and the four games played by each team in Europe shook up the standings.

Alliance put together a historic domination of SK Gaming, but the league leaders dropped two games on the final day, doubling their loss total for the season.

Fnatic put together a 4-0 week, while Supa Hot Crew and ROCCAT each took three wins.

The defending champions put together a 4-0 Super Week, but the most impressive thing was closing it out with a victory against Alliance. The league leaders only have four losses all season, and now Fnatic is the only team in the top half of the table that’s beaten them.

Fnatic’s resurgence comes with young marksman Martin “Rekkles” Larsson turning from rising star into superstar. The most consistent carry in the LCS, Larsson now leads the league in KDA with 9.0 and ranks second in Gold Per Minute at 405.

Alliance may still be playing like the best team in Europe, but it’ll be hard to bet against Fnatic come playoffs.

2. Is SK Gaming in trouble?

The SK Gaming team went 2-2 this week, but they surrendered at twenty minutes against Alliance in one of the most one-sided games in LCS history. The surrender seemed like throwing in the towel on the season as well as the game, an admission that SK Gaming simply can’t find an answer for Alliance.

SK Gaming still has a month left to break their mental block. Alliance captain Henrik “Froggen” Hansen related SK’s problem best before their match. “Compared to other teams they are not improving very much, honestly,” he said. With teams like Supa Hot Crew, Millenium, and ROCCAT all making strides, SK Gaming needs to watch their backs.

Last season’s dark horse started the season 1-7, but they seem to have figured out their issues as since then they are 7-3 with their only losses to Alliance, SK Gaming, and Fnatic, the top three teams in Europe. This week they went 3-1 against a relatively easy schedule, but importantly it moved them four games above the relegation zone. ROCCAT are finally playing like the team that lead the table for chunks of last season, but they still need to find the next gear to break into the top tier of teams.

The iconic image of Danil “Diamondprox” Reshetnikov clutching his keyboard to his chest with a lost look on his face is the perfect summary of Gambit Gaming’s week, and season. The team went 0-4, and while they had a tough schedule, Gambit will never climb out of the cellar if they don’t beat teams like ROCCAT or Millenium. 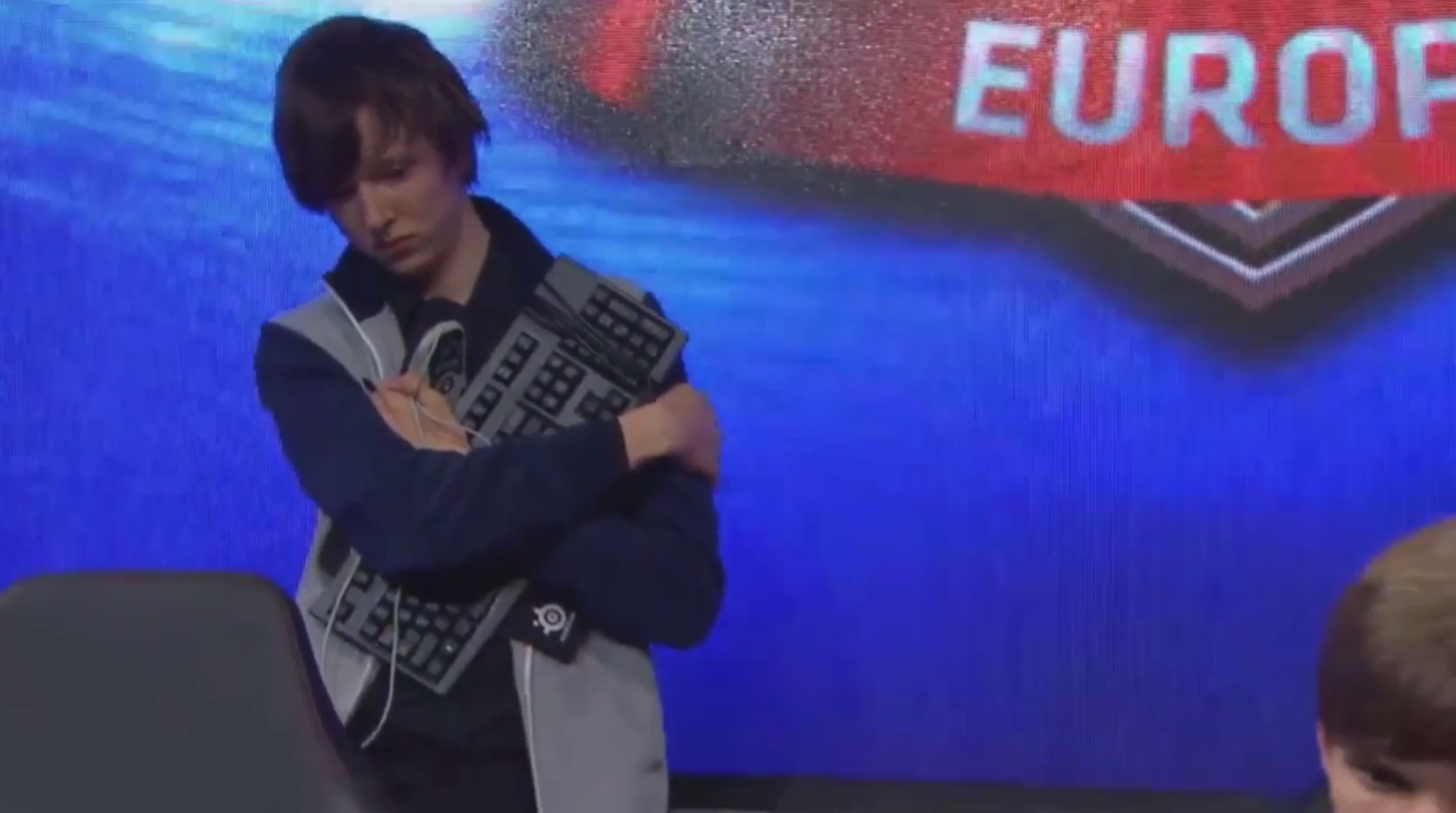 It’s the end of an era for Gambit Gaming, and there’s been no more poignant display of that than this week.

These two teams have battled at the middle of the table all season long. Supa Hot Crew held the lead in weeks two and three, but gave way to Millenium for the past three. But the Hot Crew had a smoking 3-1 Super Week and bested Millenium, giving them a bump in the standings.

Since Raymond “KaSing” Tsang took over the support position, Supa Hot Crew has posted a 5-3 record with encouraging wins over Fnatic, SK Gaming, and Millenium. Their Super Week could be them turning the corner with their new mechanically gifted player, or it could just be another chapter in the see-saw season of inconsistency.

Next week Fnatic and ROCCAT will face stiff tests to see just how good they’ve really become. Fnatic will face Supa Hot Crew and SK Gaming, the perfect chance for them to put some distance behind them in the race to first place. ROCCAT will battle SK Gaming and Alliance. A 1-1 week for the Polish team would be huge in their struggle to move up the standings.