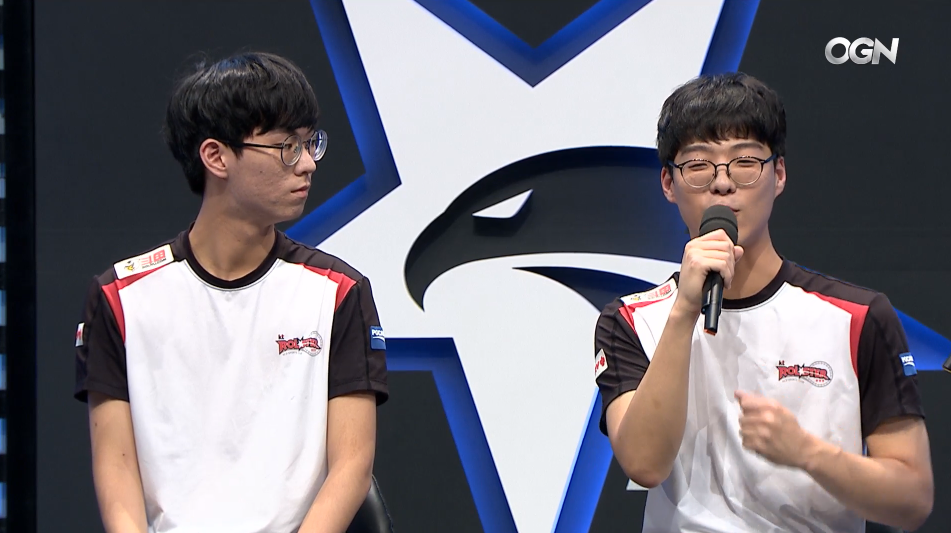 There’s an air of unpredictability around this KT Rolster team. Since this roster’s formation at the end of 2016, they have had massive up and down swings in form, confusing fans and pundits alike. This quirky characteristic of KT defined the team’s two matches this week. KT began week three of the Summer Split with a defeat to SK Telecom T1, the league’s eighth-place team. Now, two days later, KT have just beaten the LCK’s first place team Griffin—and in an impressive fashion.

Although KT piloted a Mordekaiser composition throughout this entire series, game one was the team’s cleaner win by far. In a game that featured exclusively melee champions, KT mid laner Son “Ucal” Woo-hyeon’s Galio was in heaven.

With Griffin forced to jump on top of KT in fights, Ucal could easily land multi-man taunts with his shield of durand. It was this multi-man taunt from Ucal which let KT obliterate Griffin in the match’s first major teamfight. KT used this sudden burst of gold to snowball, and closed out game one once the Baron spawned.

KT’s composition in game two, although still focused around Kim “Deft” Hyuk-kyu’s Mordekaiser, was much harder to pilot when compared to their game one draft with the Galio. KT now had a top lane Kennen and Nocturne in the jungle—two champions that require a high level of team coordination and setup.

Although Griffin managed to take advantage of KT’s difficult team composition and found many kills to keep themselves in the game, it was KT that won almost every crucial teamfight. And while these teamfights by themselves weren’t able to let KT snowball like in game one, they instead gave KT control of Summoner’s Rift, and the buffs which inhabit the map. With the help of these buffs like the Elder Drake and Baron, KT then had enough power to invade Griffin’s base and topple their nexus.

After dispatching Griffin, KT Rolster will now prepare for the upcoming Rift Rivals tournament next week.