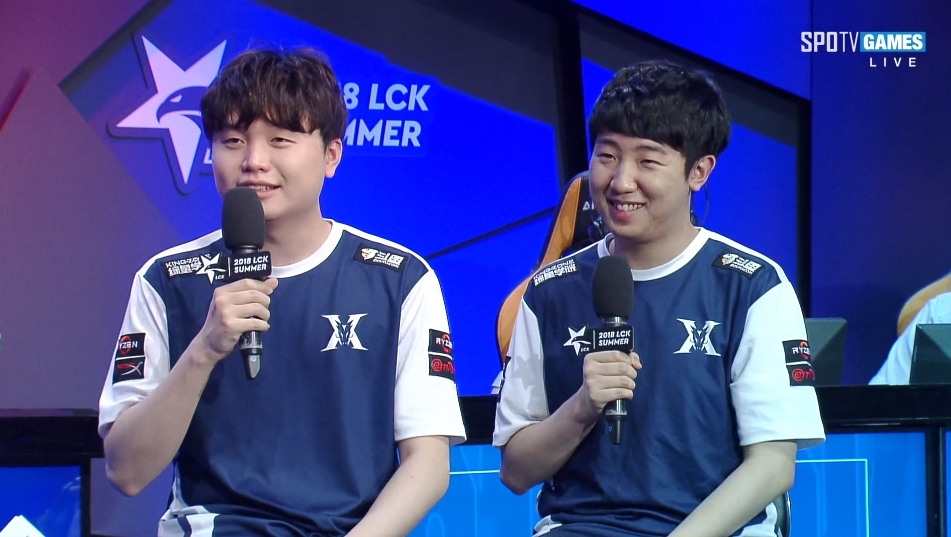 Like almost every other team in the league, KT’s kryptonite in spring was KINGZONE. Although considered a top three team in the Spring Split, KT was unable to find even a single game win against KINGZONE during the regular season. Now one mid-season break later, it seems that KINGZONE and KT’s relationship hasn’t changed.

With the advantage held by KINGZONE top laner Kim “Khan” Dong-ha thanks in part to the early ganks of his mid laner and jungler, KINGZONE had become unstoppable. Although their defeat was delayed by an almost 50-minute pause due to an in-game bug, KT’s nexus was quickly destroyed once the match resumed play.

Game two saw much of the same for KINGZONE, except with different champions. KINGZONE drafted the popular Master Yi and Taric composition, with Dr. Mundo being given top lane for Khan. KT’s champions paled in comparison to KINGZONE’s composition, and as such were on a timer to snowball.

Unfortunately for KT they were unable to meet that deadline and were quickly outscaled by KINGZONE’s Master Yi and Dr. Mundo. KT’s lack of various forms of crowd control allowed KINGZONE jungler Han “Peanut” Wang-ho to easily tear through their champions as Master YI.

With KT now defeated, KINGZONE DragonX will return to the LCK on June 21, when they face Afreeca Freecs in a rematch of the Spring Split finals.