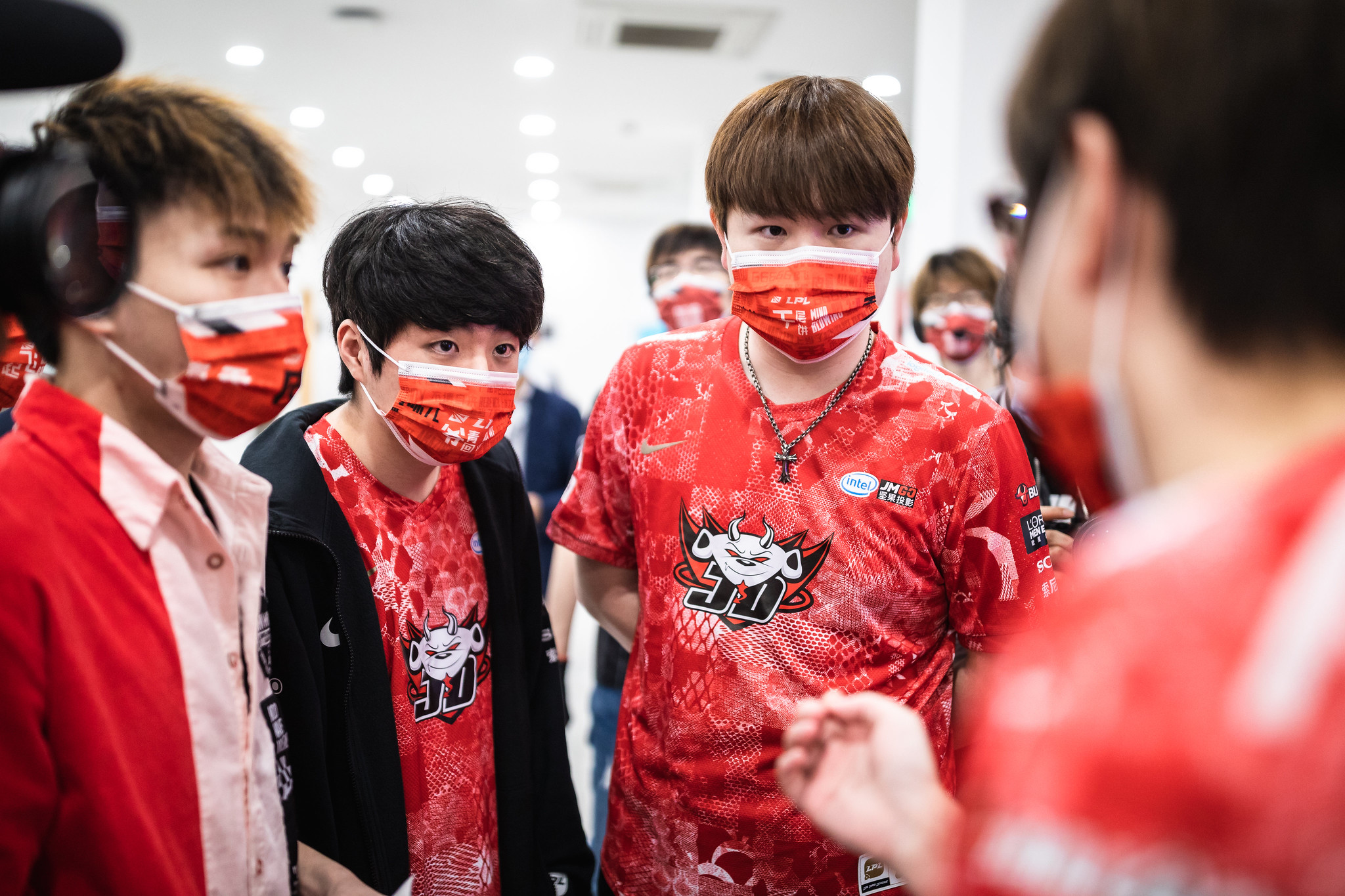 Since JD Gaming’s creation in 2017, fans have become accustomed to seeing the team’s mischievous cartoon demon as its logo. Before the start of the 2021 League of Legends Summer Split, however, we will be seeing a newly designed icon moving forward for the organization.

JDG is the latest team to reveal a rebranding for this year, following in the footsteps of teams such as fellow LPL squad FunPlus Phoenix and the LEC’s Spring Split final runners-up Rogue. But the team has taken some huge steps to modernize their look.

In a video today, the team hinted towards the inspiration for the new design, showing off the old demon face alongside the head of a classic Gundam mechabot. The form plays off of those two shapes, as the new wordmark-style logo keeps the horns from both the mech and the demon, but also leaning into the robotic motif more. The devil’s face has been retired as well, signaling yet another team to drop their mascot from their logo.

FunPlus Phoenix showed off its new, simplified wordmark prior to the start of the 2021 Spring Split, where the organization opted to drop the iconic phoenix from its logo. Instead, the mythical bird and its flames were both integrated into the typography.

Fan’s reaction to the redesign were split between those that loved it and those that wanted the old demon logo back. Now, only a few LPL teams remain that have their mascot included in their logo, like Suning Gaming’s lion and LNG Esports’ dragon. It’ll be interesting to see if those teams take the same route if they decide to rebrand themselves in the future.