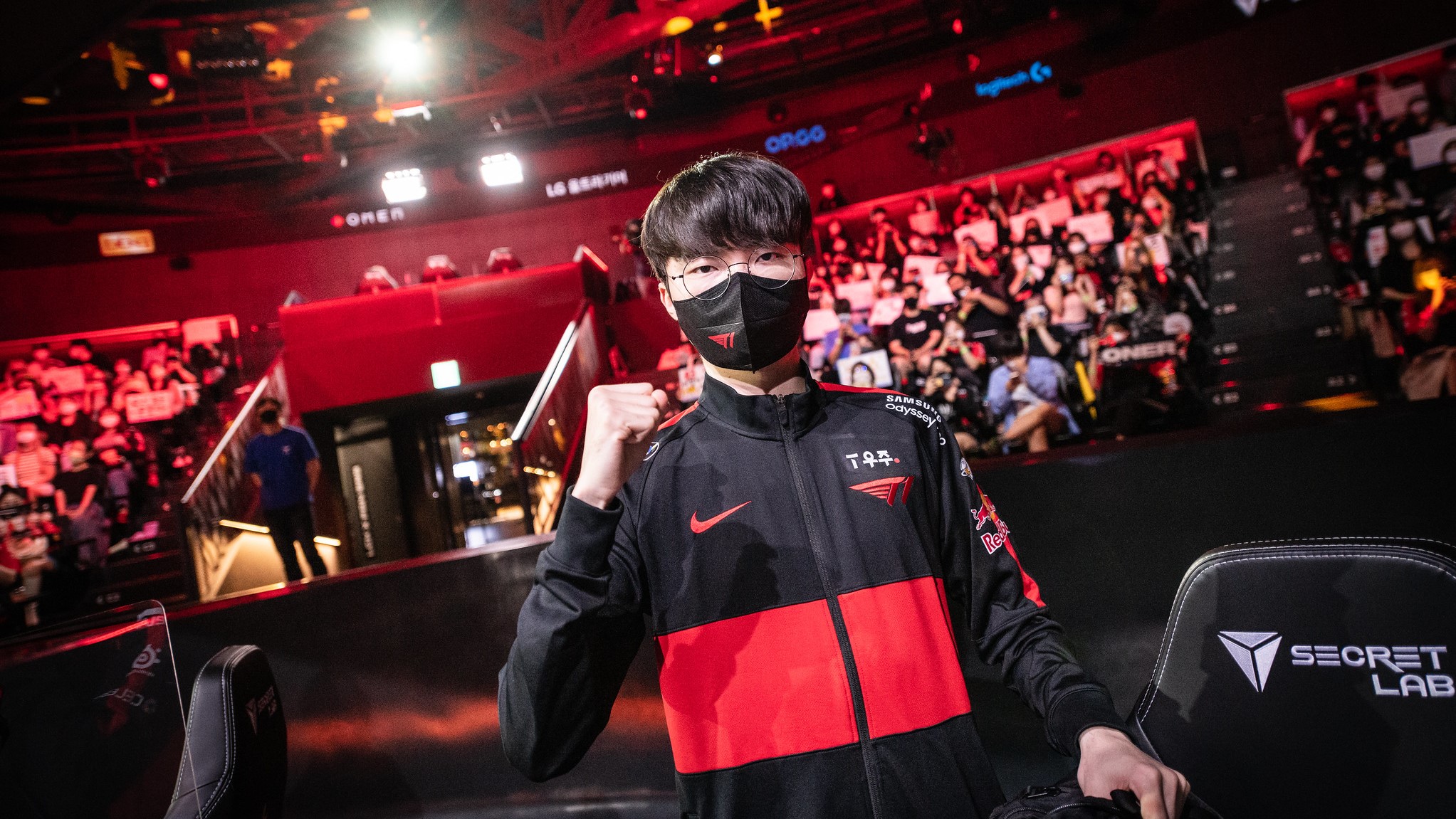 While he frequently dominates Summoner’s Rift in League of Legends, in his everyday life, Faker feels it’s important to maintain a good attitude and proper conduct.

In a recent interview with Korizon’s Ashley Kang, T1’s star mid laner talked about various topics, from his role as a public figure to evaluating his team’s performance in the LCK.

“It is our duty to make time for meetings,” Faker said when asked about T1’s recent visit to children with critical illnesses through Korea Make-A-Wish Foundation. He said these children will have a harder time meeting their favorite role models otherwise. Compared to regular fans out there, meeting children through the Make-A-Wish event is more beneficial for the player.

He also talked about how important it is to maintain good conduct as a public figure. His approach can have a tremendous impact on his fans. He feels he needs to be “aware” of his decisions and make any slips in his behavior.

As for Faker’s performance in the LCK and his recent loss to SANDBOX on Aug. 10, T1 are focusing on finding the crux of the problem rather than “tunnel-vision” on the results. His team have had active conversations and working on solving their internal gameplay issues.

The results were clearly visible in their last group stage series against DWG KIA. T1 sweeped them for a 2-0 victory, boosting the team’s morale as they advance into the playoffs.