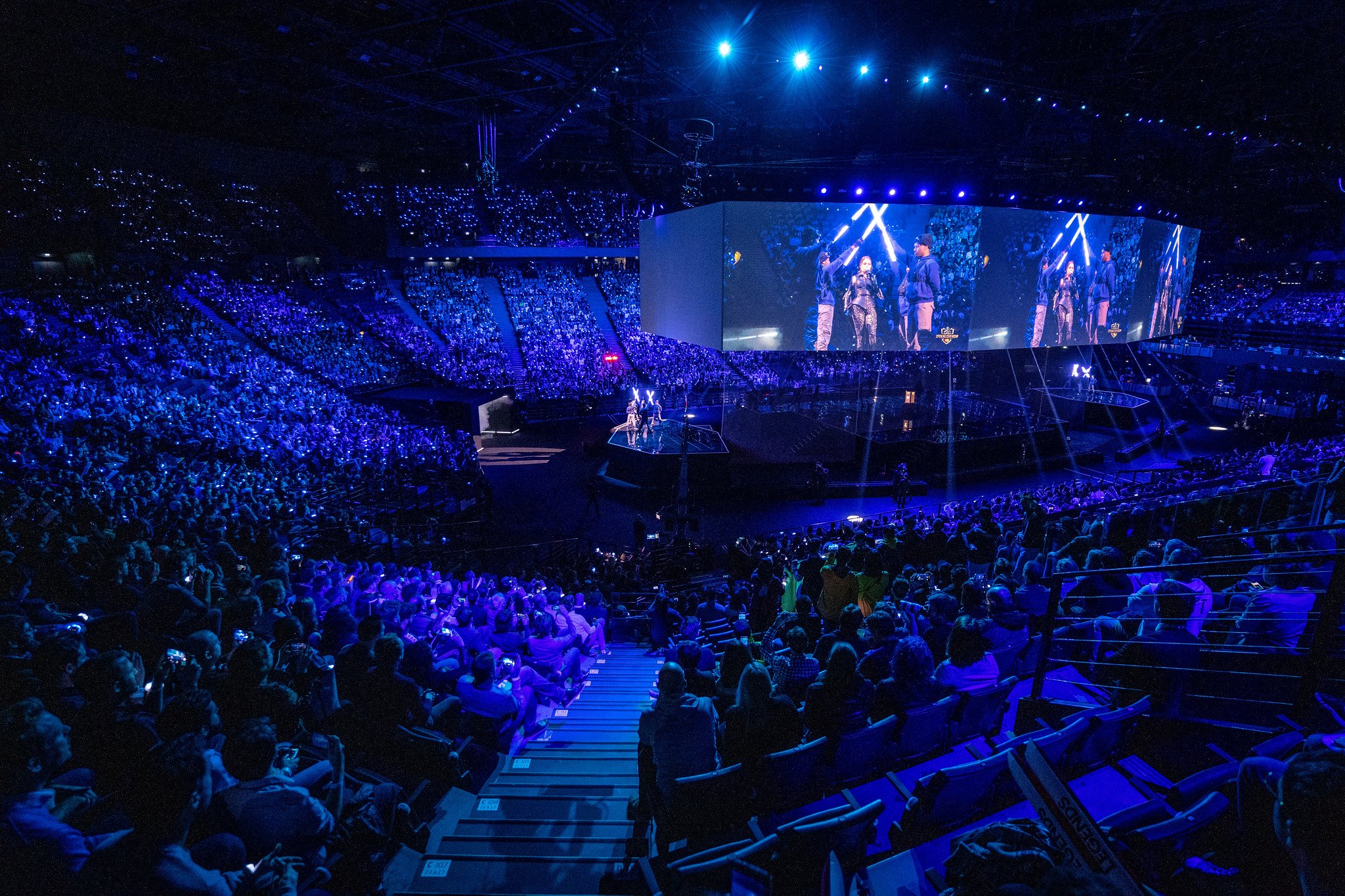 This year should be special for League of Legends fans around the world: It’s the 10th anniversary of the game’s World Championship.

Worlds is the annual culmination of the hard work and dedication of all major and minor regions and provides a dramatic viewership experience. But the COVID-19 pandemic has sent most countries into a recession worse than the 2008 financial crisis with vastly restricted international travel and bans on large crowds.

That means it’s unlikely that we’ll have the same World Championship that League fans are used to. So what are the options for the 10-year anniversary of Worlds?

Even though the global pandemic seems to be slowing down in some regions, scientists around the world are warning people about a second wave coming later this year. Some countries haven’t finished dealing with their first wave yet and show increasing trends of COVID-19 cases on a daily basis.

For the safety of the players, coaches, and staff involved, the most sensible current approach is to cancel the event. There’s no outright cure for the virus, and, while multiple vaccines are in the testing stage, they’re far from becoming usable due to the extended period needed to ensure the safety of the general population. Current projections put a vaccine at around nine to 15 months away. This is the best-case scenario and some worst-case scenarios put a two-year window on the COVID-19 outbreak. The best projections, meanwhile, show multiple mini waves that should be containable by local governments without huge spikes of confirmed cases.

If Worlds was canceled, League fans would, of course, be disappointed. Canceling events is the last resort. It means all the planning and time invested in an event would go down the drain. Riot, for instance, immediately starts working on the next Worlds event a few days after the last one ends, according to a behind-the-scenes video published in April.

Change to an online format

After the Mid-Season Invitational was canceled, many community figures speculated whether Riot should try to go for an online cup. Their intuition was right and Riot announced on May 18 that the Mid-Season Streamathon would replace MSI this year.

One of the key moments of the Streamathon was the Mid-Season Cup between Korea’s LCK and China’s LPL. The tournament featured special rules to put both regions on equal ground, including an artificial ping increase to have an equal delay in-game for all players. The tournament was a success overall, raising over $600,000 during the stream duration and featuring multiple interesting segments from the League community, such as showmatches between casters and players from several regions, marvelous gameplay from multiple top-tier teams, and various challenges for the casters analyzing the game.

The success of this tournament could shape the plans for future tournaments, like Worlds. Most companies hosting international events have canceled them in favor of online formats, so something like the recently played Mid-Season Cup grouped by regions could be better than canceling Worlds all together to have some resemblance of international competition on the books.

The main issue would be how to equalize ping for all regions. If we take NA with EU and the LCK with the LPL, the ping can be artificially increased or decreased to be on equal ground. But what happens with wildcard teams?

After Riot canceled MSI, it released a statement saying region slots would increase to four for this World Championship for LEC and LPL. Riot didn’t share any details on whether the tournament would be held online or offline, so this should be counted as a possibility. More tournaments have moved to an online format, including ones for Overwatch, Call of Duty, World of Warcraft. Blizzard’s direction could be a good starting point for a possible future online World Championship.

Instead of trying to mix up all teams in a single tournament, Blizzard maintained competitive integrity by having a separate tournament for Asia and North America. If we apply the same case to League, we might have separate tournaments for the LCK and LPL and EU and NA with artificial pings and minor regions attached to each one. This situation would be far from ideal, but it’d preserve the safety and health of all Riot personnel and players involved.

The past few months showed that Riot can host professional tournaments in an online format while protecting competitive integrity. The company has some precedence behind this decision if it chooses to go for it. All regional leagues maintained good viewership this spring, with some even having more viewers than usual due to the sheer amount of people in lockdown. The content released has been good and the traditional Mic Checks continue to be a joy for all viewers watching them.

Go ahead with the tournament

The best-case scenario is to go ahead with the tournament and hope there’s a vaccine by October, which is when Worlds is usually held. If there’s a vaccine by then—which is highly unlikely due to the normal time frame needed of at least one to two years—and countries lift travel restrictions, this could be possible. But even if travel restrictions are lifted, restrictions regarding the number of people present in the same gathering could still be held, which would drastically impact the event.

The chances for this happening are minimal, but no one can take away fans’ hope, especially under such dire circumstances.

This year’s World Championship was announced to be held in Shanghai. While the current origin of the coronavirus is still being investigated, most scientists outside of China agree that it likely originated in Wuhan. A lot of countries imposed travel restrictions toward and inbound from China, so it’s virtually impossible to travel to China. Even though a digital press conference was held on May 11 in Shanghai with district politicians and video game executives confirming that the 2020 League World Championship wouldn’t be canceled or delayed, we should take this information with a grain of salt.

Hosts usually refuse to admit that an event is canceled up until the last possible second to avoid bearing the costs involved in organizing the actual event. This could be the reason Shanghai politicians didn’t want to admit that Worlds 2020 could be canceled or delayed, though most other international events have already been postponed or canceled. Even if the venue is available to be used and Riot is willing to go on, will restrictions be lifted by then for people to be able to travel?

The current political and economic climate makes it difficult to book travel arrangements for a possible event ahead of time. Most people are using their money on essentials and would likely avoid spending anything on an event that isn’t confirmed. The restrictions on flights between countries make this more difficult for possible viewers who have no direct flights.

In the end, we could get a World Championship with a minimal amount of live viewers even if it was somehow being held live due to the restrictions. We have a precedent behind it with the LCK’s finals being held in the LoL Park without an audience and the recent Mid-Season Cup as well.

Is there a correct call in this situation?

Riot has historically made decisions that worked out when dealing with unforeseen circumstances and put on a good show with tight deadlines. The Mid-Season Cup is the most recent example of success after the traditional Mid Season Invitational was canceled.

This year is no different and is a new challenge for the company—albeit one it should be able to solve. Out of the scenarios presented, the best one that would protect the health and safety of all players and personnel involved is to host the tournament in an online format, which has proven successful for other games in the industry.

While this probably wouldn’t be how Riot wants its 10-year Worlds anniversary to be remembered, there’s a precedent with a previous pandemic. At the beginning of 2000, SARS, another respiratory syndrome, had a powerful second wave when the cold season started and sent the entire world into panic once again. Based on that outcome and the fact that scientists around the world expect COVID-19 to hit hard around the fall in a second wave, it’s better to take preemptive measures and prepare for a format that avoids such risks. While it might be difficult to implement on such a huge scale, a billion-dollar company should have the resources to deliver a good viewership experience in another format.

An online format, if chosen, could shake up teams’ international performances. The Eastern regions would most likely try to maintain their winning streak and prove to the world that no matter the difficulties, they’ll always come out ahead.