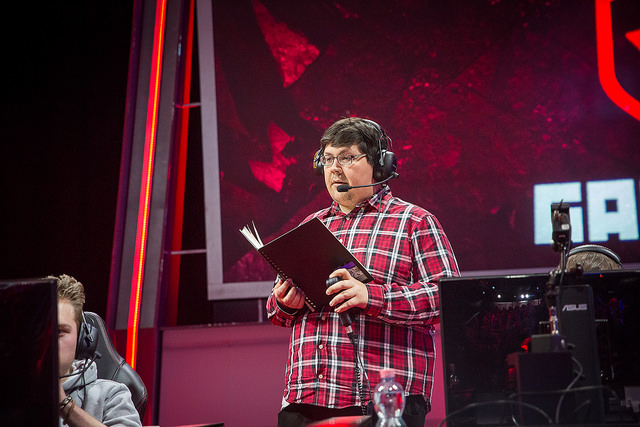 Gambit Gaming has been lately on the rise, but they have recently stumbled at IEM Katowice and the European playoffs. In the playoffs they were knocked out by the Unicorns of Love. They started off that series with a great win in game one, but proceeded to lose the rest of the games. Mistakes were made in terms of rotations, not knowing when to fight and abusing their powerspikes or just dying at their blue buff which UoL actually have to be commended that they punished and took leads when Gambit missplayed. Gambit won the early game in all of their games, but proceeded to fail in the mid-late game in their losses. The team and management felt that they might need changes in order for Gambit to improve and become a top European team, I will go in deeper in their problems.

Gambit have recently decided to release their coach Leviathan. The reasoning was that he didn’t have the proper motivation and has generally lost interest in the team. While his side was that he wasn’t accepted by the players and that is the reason. There are always two sides to every story and the truth, but what is done is done. Obviously Gambit needs a coach and at the start of the split when they got Leviathan they started to improve and they went on a 7-0 wining streak. He had a part to play in their success and players had statements that he has improved them as a team. Was he removed unjustly and will they find a better replacement is a question which will be answered next season, because results are the way we measure if a team is good or not. A good coaching staff is the foundation of a great team. So we have to ask ourselves is the coach a problem or are the players and we need to get roster changes?

This season with their wining streak they showed that they can be consistent but at the end of the season they lost to teams they shouldn’t lose to, and they were slumping before IEM started. Betsy and Cabochard have been really solid in the laning phase and have been actually wining in lane almost every time or atleast going even against all of the teams. Betsy has been solid but he has shown a glimpse of the ability to carry games and to make plays that will win his team the game. Cabochard has been the real true carry of the team, possibly the reason he has looked so good is Diamond camping his lane so much, but he has shown that he knows what to do with his lead and carry his team to wining. Diamond has been fighting with consistency this split, he has had amazing games where he carried games along with Cabochard and there were times where he does really questionable stuff, uncalculated aggression or just being in bad positions getting caught which leads to a losing teamfight. The botlane has been hit or miss during the EU LCS season where they don’t really have a huge impact on the results of the game, but with all the attention going in the top side that is possibly a factor in their results.

Gambit needs first and foremost to work on their team synergy and macro gameplay. They have shown that their teamfighting isn’t what it once was, something beautiful to watch and witness. They have shown poor decision making, not knowing when their powerspikes are and what teamfights they should and shouldn’t take. Prioritizing bad teamfights over rotations, not trading objectives etc. They do have shown glimpses of good teamplay, rotations and a good pick and ban phase. The thing they lack is what makes a team a great team, turning small leads into big wins. Pushing leads and actually using your good early game to transition and get a bigger lead in the mid to late game, is what they should be aiming for. Improving their warding is really key, that falls on the support and jungle to improve in order to have more in-game knowledge and make calls accordingly. As individuals on the team, I feel all of the players need to work on what they add to the team. Diamond like I said previously needs to work on his consistency, usually when he does good his team does good he is their backbone and he needs to improve on that part which I believe he can. The team needs to practice without putting so much resources in the top lane and put more in the bot-mid lane when Cabochard isn’t playing carry top laners. Cabochard has shown up and is looking as one of the top 3 toplaners in Europe, but putting so much resources up top can be detrimental and predictable making shutting him down dismantle the whole team dynamic. Mid lane is pretty solid all around, does his job and hasn’t been a player that can win or lose a game. Now we come to the bot-lane of Gambit, which underperformed in the playoffs. In the games you actually felt that Gambit had no damage from their ADC, while the support has really questionable positions and ward-control. Which besides the team issues could possibly be an issue that the team has to address in a roster change. If the team is to make a roster swap I believe it needs to be in their bot lane, getting an ADC that demands more resources to be put in him and be able to carry will be a huge change for the Gambit lineup.

Establishing a good coaching staff that wants to work with the team and can improve them is imperative, fixing the problems with the team will probably remain if you don’t change the core of the team and don’t get a good enough coach. Roster changes? Maybe if the need arises and they can’t fix the above mentioned problems they already have as a team, not as individuals. Fixing their team issues can lead them to becoming a top European team, but if it is international success they desire then they have to replace some individuals in the team in order to compete internationally. I would leave their top/jungle synergy intact with possibly leaving the mid lane as a consistent player who just started playing and is matching up good with the other midlaners in Europe, going atleast even or ahead. And make the changes in the botlane, be it changing support and ADC or just the ADC something the team has to evaluate and come to a decision. You can’t expect all the lanes to carry, one role has to be more supportive so that is the reasoning why I have to keeping Betsy. Changing the team dynamic to put more emphasis on the bot lane or the mid lane? We have to wait and see what the off-season brings and will they actually start making changes. Judging by the removal of Leviathan and their desire to be a top team, I am guessing we should be expecting it.