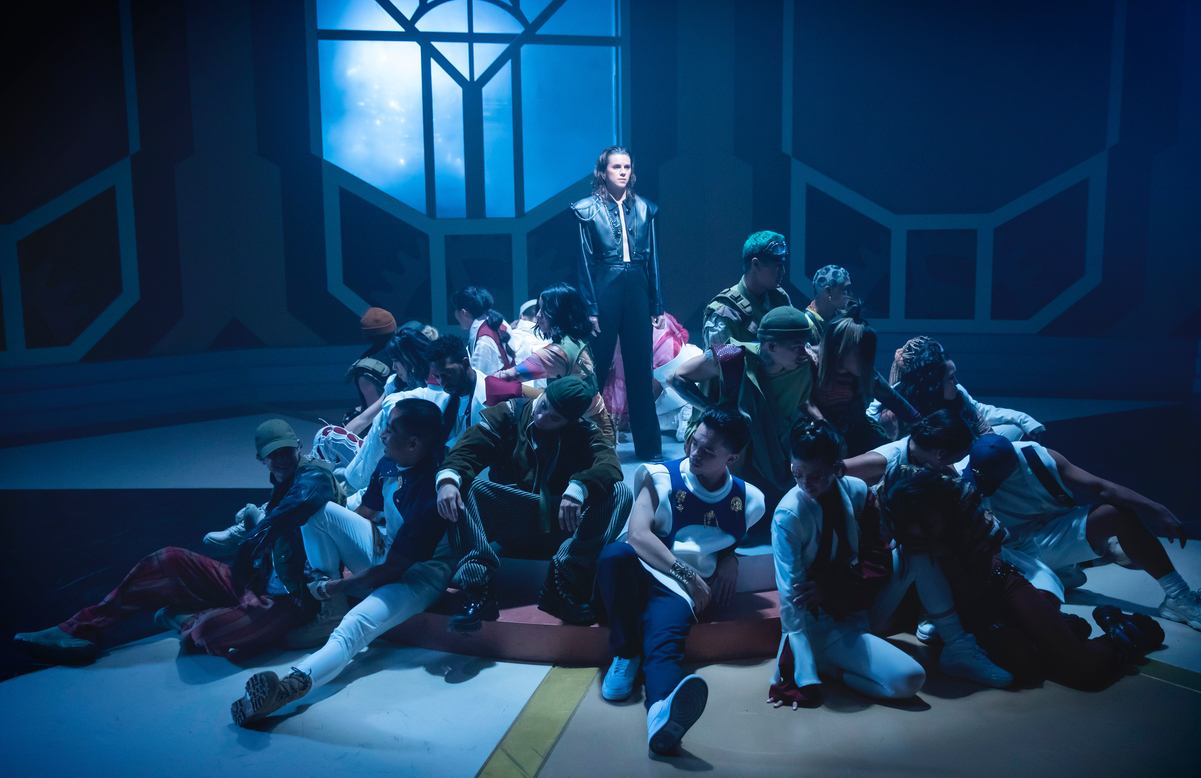 Riot Games is mostly known for its globally acclaimed video game, League of Legends. Over the past couple of years, however, the developer has built an empire of titles based around the League universe, celebrating a momentous milestone of 180 million players across its games earlier this month.

The gameplay, champions, and lore teams have all helped League grow exponentially over the past 12 years, but one aspect of the game that’s quickly taken on a life of its own is its music. Riot’s music team has gone from making champion themes and background songs to creating a virtual K-pop band that hit gold certification.

More than 200 songs later, League’s universe has consolidated its reputation as one of the most musically diverse worlds in the gaming industry.

The songs created by Riot’s music team have given birth to traditions—namely the annual World Championship anthem. The reveal of the Worlds song builds up excitement for the competition and brings together fans from around the globe to celebrate League esports each year.

In an interview with Dot Esports, head of Riot Music Toa Dunn talked about the team’s approach to Worlds songs, his experience on the projects, and what music means to him and his team.

“We think music is a very powerful medium,” Dunn said. “It’s more than just what you hear.”

For this year’s tournament, Riot centered the competition’s theme around “make it or break it.”

The music team released this year’s Worlds anthem, “Burn it All Down,” on Sept. 29 featuring PVRIS, who sings the story of an atypical hero. The protagonist of the song ceases her attempt to fit in the stereotypical role of the hero imposed by the system and proceeds to burn it all down.

As part of the tradition, each Worlds song releases alongside a music video. The events narrated in the song are delivered through stunning animation that fits perfectly with the rhythm and lyrics of the anthem.

But the song’s story, sound, and music video didn’t all come to fruition overnight.

To create a Worlds anthem, Riot first identifies the theme of the year. The music sector collaborates with various departments, including Riot’s esports team, to come up with an idea that ties participating teams and regions at Worlds together.

The process of delivering the Worlds anthem takes almost a year, according to Dunn. And even if the music team has a “good process down now” of how to accomplish everything within that window, Dunn said they never have enough time for everything they’d like to do. There’s always the “railroad” of Worlds, a rigid schedule that requires the music department to have a song ready by a certain time of the year.

For Dunn and his team, the challenge around Worlds anthems is always how to make them “different and fresh.” That doesn’t include what genre it should be or what instruments to use, but more what it should feel like for League players. And to create a new song from scratch, the music team looks at the project through a different lens every year.

Once the theme for Worlds is settled, it’s up to the music team to produce a song that reflects the chosen topic. They have to find the right notes that will amplify the “emotional anthemic feeling” while considering variables that change annually.

“What country [will host the competition], what happened in the past year, what’s inspiring us, what are the new things we saw and heard that have come into the world,” Dunn said. “We dig into what inspires us because we want to feel inspiring to our players.”

Finding a unique sound through vocals

The majority of the feelings the music team wants to convey reaches fans through the voice of the featured artist.

When the music team comes together to build the Worlds anthem, they consider what the vocals should sound like and which artists may have the unique sound they’re looking for. When talking with the artists and their staff, Riot’s team explains what they want to do and tries to pass on to the artist the emotions they want to convey to League fans. “[We look for] that connection you can hear and feel in the artist’s voice,” Dunn said.

Over the years, the music team has worked with many different artists to find that unique sound that fits perfectly with the year’s theme. Some of these artists had already heard of Riot and its IP prior to the collaboration.

“What we found was that some artists we’ve worked with have heard of the video game and some who never heard about League before,” Dunn said. “But then you show them our world, the fans, the stands, the opening ceremony—and a lot of them get it.”

In some cases, artists approached by Riot knew of past music activations for the Worlds finals. In particular, Dunn said one artist recalled the live performance in Paris 2019 featuring the lineup of Cailin Russo, Chrissy Costanza, Becky G, Keke Palmer, Soyeon of (G)I-DLE, Duckwrth, and Thutmose.

Since 2014, the live performance of the Worlds anthem has taken place on stage during the opening ceremony for the final series of the competition. Over the years, League fans have seen their favorite artists as well as multiple technological and virtual additions, from the Elder Dragon spawning in 2017 to the illusion of disappearing artists brought on stage in Paris 2019.

But the COVID-19 pandemic shuffled the cards for players, fans, and organizations. New safety rules and international laws have since placed more regulations on large-scale events such as Worlds.

Because of the COVID-19 pandemic and the restrictions it brought, this year’s World Championship lacked an audience. Additionally, Riot had to change the venue of the international competition due to numerous obstacles related to travel restrictions. The shift from Shanghai to Reykjavík inevitably resulted in various revisions to the schedule and organization of the event—even for the music team.

“We have to continue to adapt, but our ultimate goal is how can we deliver an amazing experience for our players,” Dunn said. “Sometimes we have to adapt to something more digital and virtual. Of course, some things have to shift, but in a cool way, and we learn to do things in a way we wouldn’t ever thought of doing it.”

There’s a lot to learn from these situations, Dunn says. Riot’s teams have grown exponentially in experience since 2014. “Warriors,” the first Worlds song released that year, was the first experience for Dunn and his team with the live performance of a Worlds anthem.

“I could talk about ‘Warriors’ all day because what it took for us to work with a big group like Imagine Dragons and to have a very small team learn what does it mean to produce a live performance in a soccer stadium in a foreign country, when you’ve never done something like that before,” Dunn said. “I’ve run so many times up and down that stadium and I believe I slept for two days after that.”

For both fans and Rioters alike, 2014 was “the year of ‘Warriors’ and Imagine Dragons.”

But “Warriors” was just the beginning for Worlds’ anthems. Since then, Riot has released a new song featuring a new artist every year—and almost every one of the anthems has its own emotional story for the music team.

“[‘Warriors’] was one of our first anthems, and almost every one of the anthems has a story like that,” Dunn said. “[It] kinda left a mark, because it just made esports real on a very large scale from a music standpoint.”

Just the tip of the iceberg

Even after all the years of producing hits, there’s still a lot the music team wants to explore and say through music.

One of the latest frontiers explored by Riot Music is Arcane, a Netflix animated series focusing on characters from Piltover and Zaun. To produce the series, Riot collaborated with Fortiche Productions, who created the animation, while the soundtrack fell to Riot Music. Riot Music had to consider a number of variables when crafting music for this new medium, from what instruments the people of Piltover and Zaun might use to the ambient sounds of the region.

“It’s been amazing,” Dunn said. “But I think when it comes to the future, I’m actually pretty excited. I think we’re just at the tip of the iceberg.”