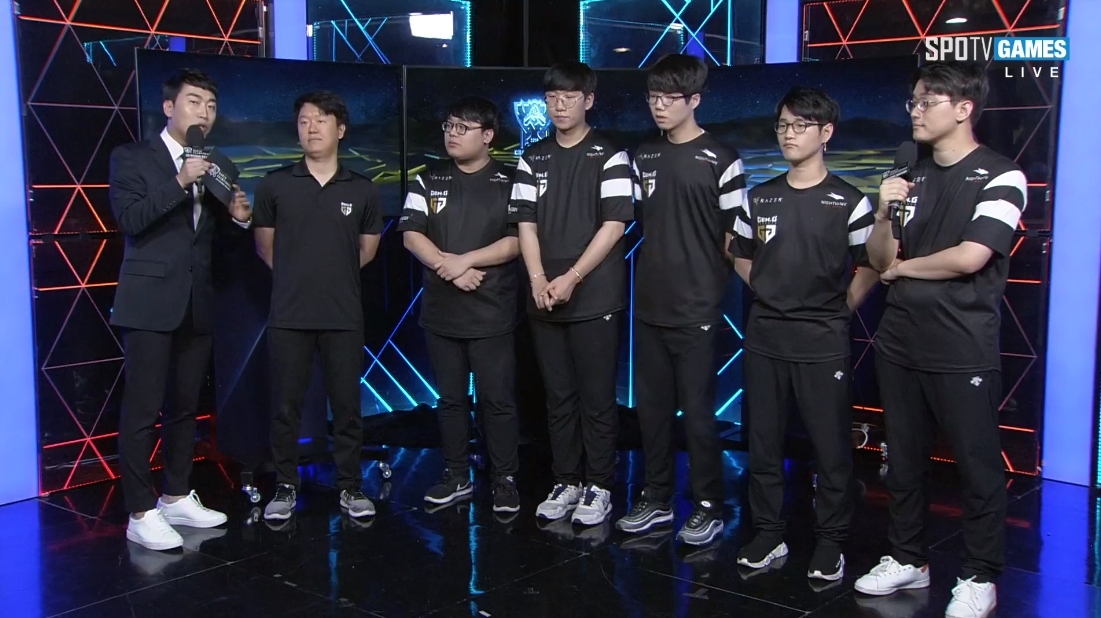 Gen.G have secured their spot at the 2018 World Championship after yet another impressive run in the regional qualifiers, concluding today with a 3-0 stomp of KINGZONE DragonX in the finals.

Heading into last year’s World Championship, KINGZONE, then known as Longzhu Gaming, were considered to be the best team in the tournament, with many pundits predicting them to win the whole thing. In the quarterfinals, though, Longzhu were swept by none other than Gen.G, then known as Samsung Galaxy. Longzhu were completely dismantled by Samsung, unable to find a single lead throughout the quarterfinals.

Now, one year later (even though both teams changed names), Gen.G have yet again dashed KINGZONE’s hopes of success at Worlds.

There was never a point in today’s three-game series where Gen.G didn’t have the upper hand over KINGZONE. From ganks to objective control and, of course, teamfighting, Gen.G dominated KINGZONE in every aspect of the game.

From start to finish, today’s games looked like Gen.G were basically trying to speedrun their way through the regional qualifier finals as KINGZONE put up little to no fight. This was a stark contrast to Gen.G’s previous two series in the gauntlet vs. SK Telecom T1 and Griffin, both of which went all five games.

With their win today, Gen.G will join fellow LCK teams KT Rolster and Afreeca Freecs at the upcoming World Championship as Korea’s third seed. The 2017 world champions now have the ability to defend their throne and try to become the second team in League of Legends history to win back-to-back World Championship titles.

But although all three of Korea’s World Championship representatives have been decided, there’s still more games to be played in the LCK. The LCK will return on Sept. 18, when MVP and bbq Olivers will fight to retain their spot in the league in the 2019 Spring Split promotion tournament.