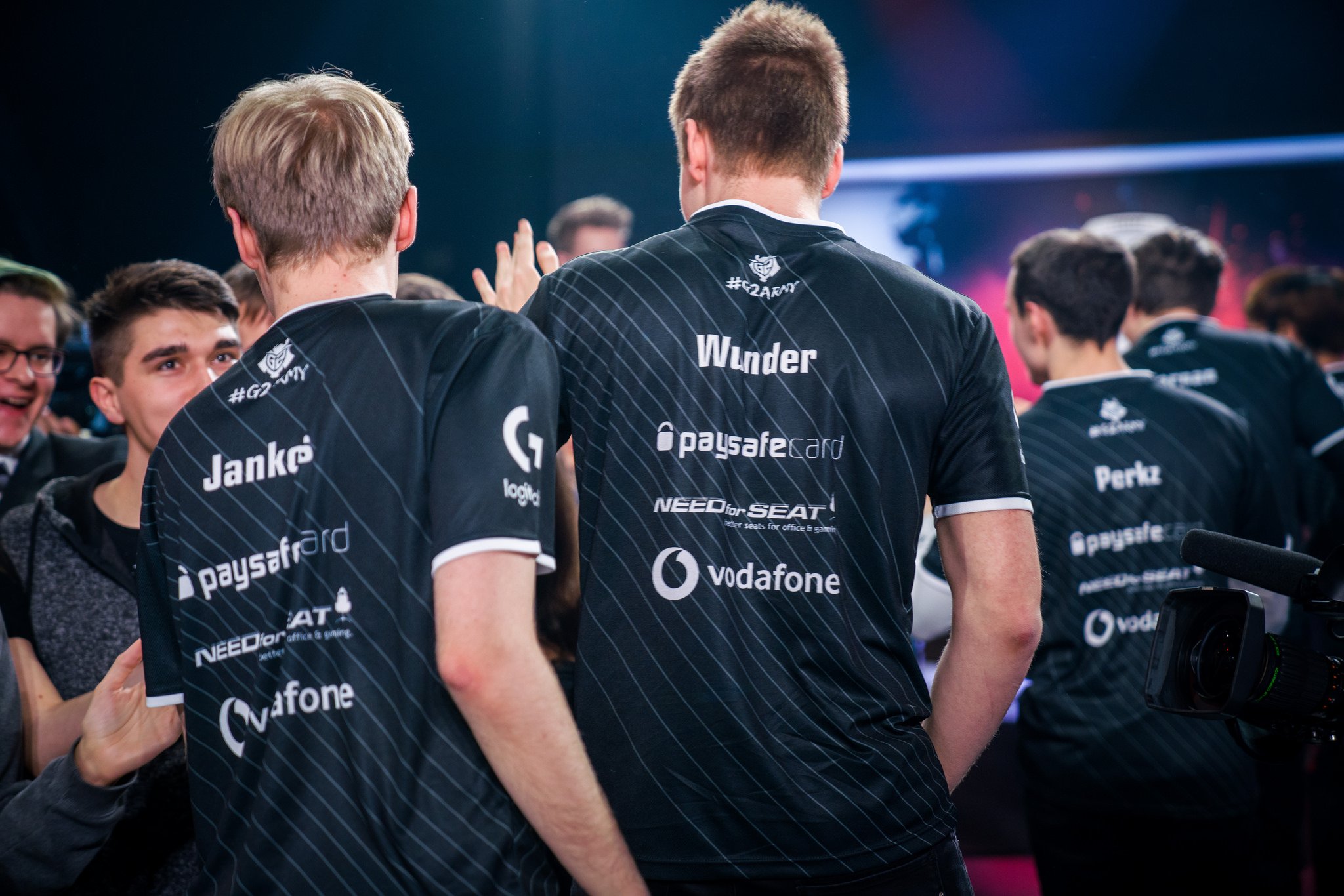 G2 Esports and Fnatic are both currently in incredible form as they come into their week six EU LCS match-up. Though both teams have been looking like champions in recent weeks, only one can come out on top.

Fnatic sports a five-game win streak while G2 has a six-game win streak. In the last game between the two, Fnatic came out with a win despite being behind for the majority of the game. G2 took an early lead, as they have done frequently this split, but Fnatic stuck in the match and eventually came back with strong performances from Rasmus “Caps” Winther and Martin “Rekkles” Larsson.

Since their loss to Fnatic, G2 has not dropped a single game. They have kept up their early game strength and they have shored up their late game difficulties. Fnatic have also maintained their early game strength while doing a better job in the late game to find their win conditions. These two squads have very similar strengths and weaknesses, which should make the game interesting to watch.

The match-up to watch will be in the top lane. Martin “Wunder” Hansen has been one of the most consistent players throughout the split and has gotten himself the best KDA in the entire EU LCS. Paul “sOAZ” Boyer, on the other hand, has struggled so far this split and is towards the bottom in individual KDA despite his team’s impressive record. Though he has not been outstanding this split, sOAZ has the potential to carry any game as he has done in the past. If he’s not able to match the level of Wunder, the G2 top laner may just cruise over his opponent and gain a massive advantage for G2.

Before their game on Saturday, Fnatic will take on a surging H2k and G2 will face off against Team ROCCAT. Both teams are favorites heading into their day one matches and should start day two with an 8-2 record. This sets up G2 and Fnatic’s meeting perfectly, as it will be a true battle for a top spot with both teams on great win streaks.

It’s hard to predict what the outcome of this game will be, since G2 and Fnatic have similar playstyles and the same record at 7-3. The early game will be a heavily contested affair due to both teams’ strengths, but whoever fairs better in the late game will truly decide who wins this match. Fans will have to tune in and watch this Clash of Kings to see who will reign supreme.

The two rosters fight for the top spot on Feb. 24 with an approximate start time of 1pm CT.