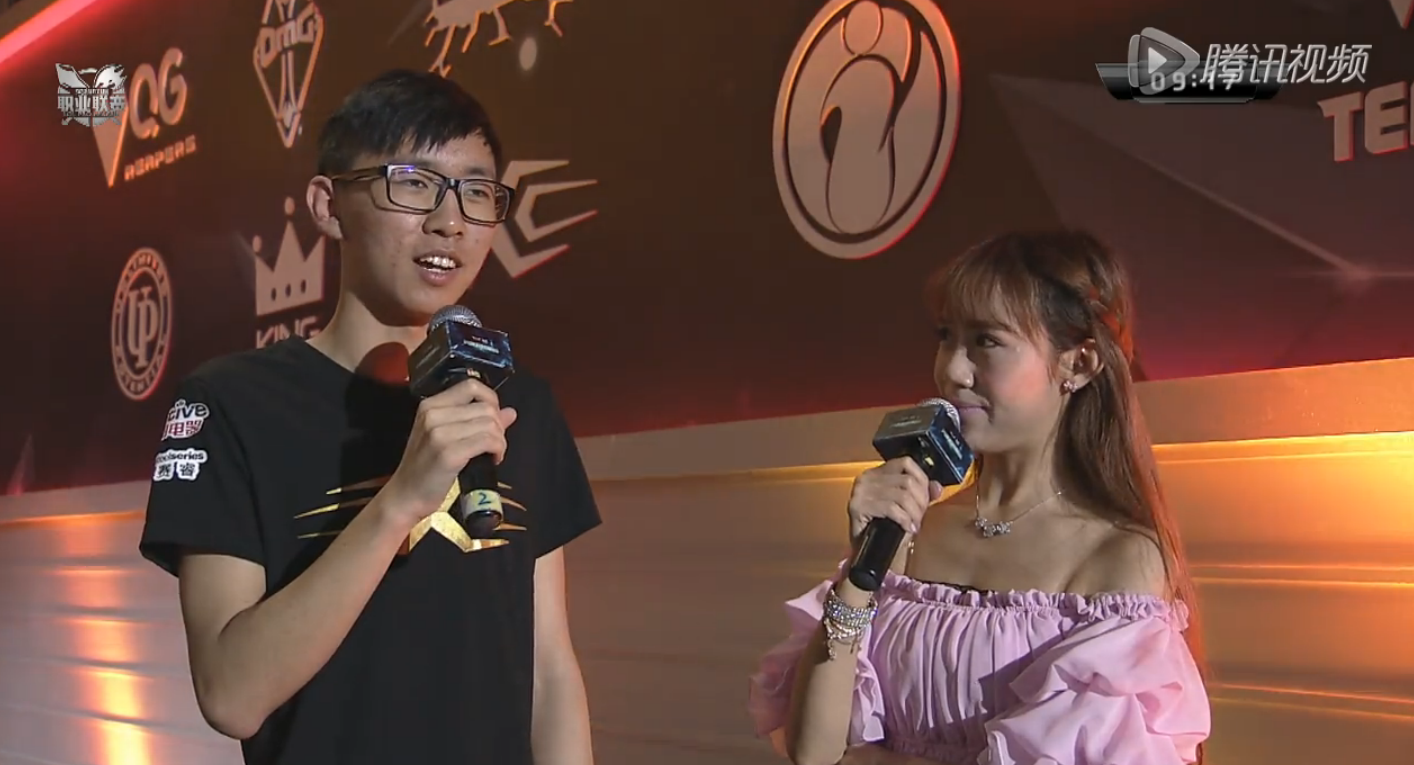 Welcome back! Congratulations to Snake for taking a 2-0 victory over King. We’ll be interviewing Snake’s mid-laner, U. Why don’t you start things off by giving a greeting to everyone?

What are some of the differences between playing on Snake and playing on EDG?

U: In terms of play-style, there’s a pretty big difference. Also, this is the first time I’ve had to practice consistently with my Korean teammates. Before, I would play one or two games with Deft and Pawn on EDG. After coming to Snake, we’ve had to practice for long periods of time together.

U: Yes, the communication, for the most part, is getting smoother. But I don’t understand each player’s individual play style yet. So we have to practice more in order to better understand each other’s thought process.

So you’re in the process of getting used to one another.

U: Yes, we still have to get used to each other and it’ll take a while.

I want to know more about your practice process. Do you play solo-queue? Or do you find a teammate to duo with? Or is it a ranked team?

U: I solo-queue more often.

How do you feel about being on this new team?

U: At first, I wasn’t really used to it because the changes were too drastic. Firstly, I’m a stranger. I’m just a player who came from another team. I was initially on edge, tiptoeing around. But we’re more familiar with each other now so I’m able to relax.

How do you feel about your performances today in these two games?

U: I thought it was so-so. In the first game, Flandre performed really well in one of the team fights and it was easy to convert that into a win afterwards. In the second game, our entire team performed excellently. I felt like it didn’t matter how I played. I could’ve switched and used a completely different champion and we would’ve won anyway.

You used two pretty aggressive assassins in these two games like Kassadin and then Leblanc. I remember you used to prefer using champions that were more farm-heavy and scaled better. It seems like you changed your play-style, almost.

U: When I was on EDG, I played mainly Azir. But I noticed Pawn was stronger than me on assassin champions and other kinds of champions. I realized I needed to learn new champions in order to get better. If I play what I’m familiar with, then I’ll never improve.