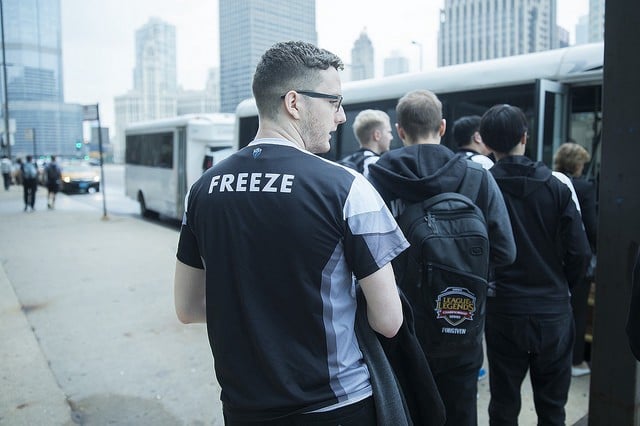 After nearly four months on the sidelines, one of Europe’s strongest AD carries is looking for new opportunities.

Aleš “Freeze” Kn?žínek was last seen competing for H2k Gaming in July, but was placed into a reserve role after a condition with his hand forced the player off the stage in the European League of Legends Championship Series’ ninth week of competition.

Freeze revealed today, however, that he’s been given the green light to start competing again. But his return will not be with H2k, who signed the 22-year-old player in May.

On Nov. 2, Freeze announced on Twitter that he had entered a period of temporary free agency in order to entice any potential offers in both a playing or coaching capacity.

In the wake of Freeze’s injury this summer, H2k brought in its former AD carry Konstantinos “FORG1VEN” Tzortziou. The infamous Greek player helped the team reach the 2016 League World Championship and make it through to the event’s semifinals, before being eliminated by Samsung Galaxy.

2016 proved to be a strange year for Freeze, who competed in the North American LCS with Renegades at the start of the year with less than satisfactory results.