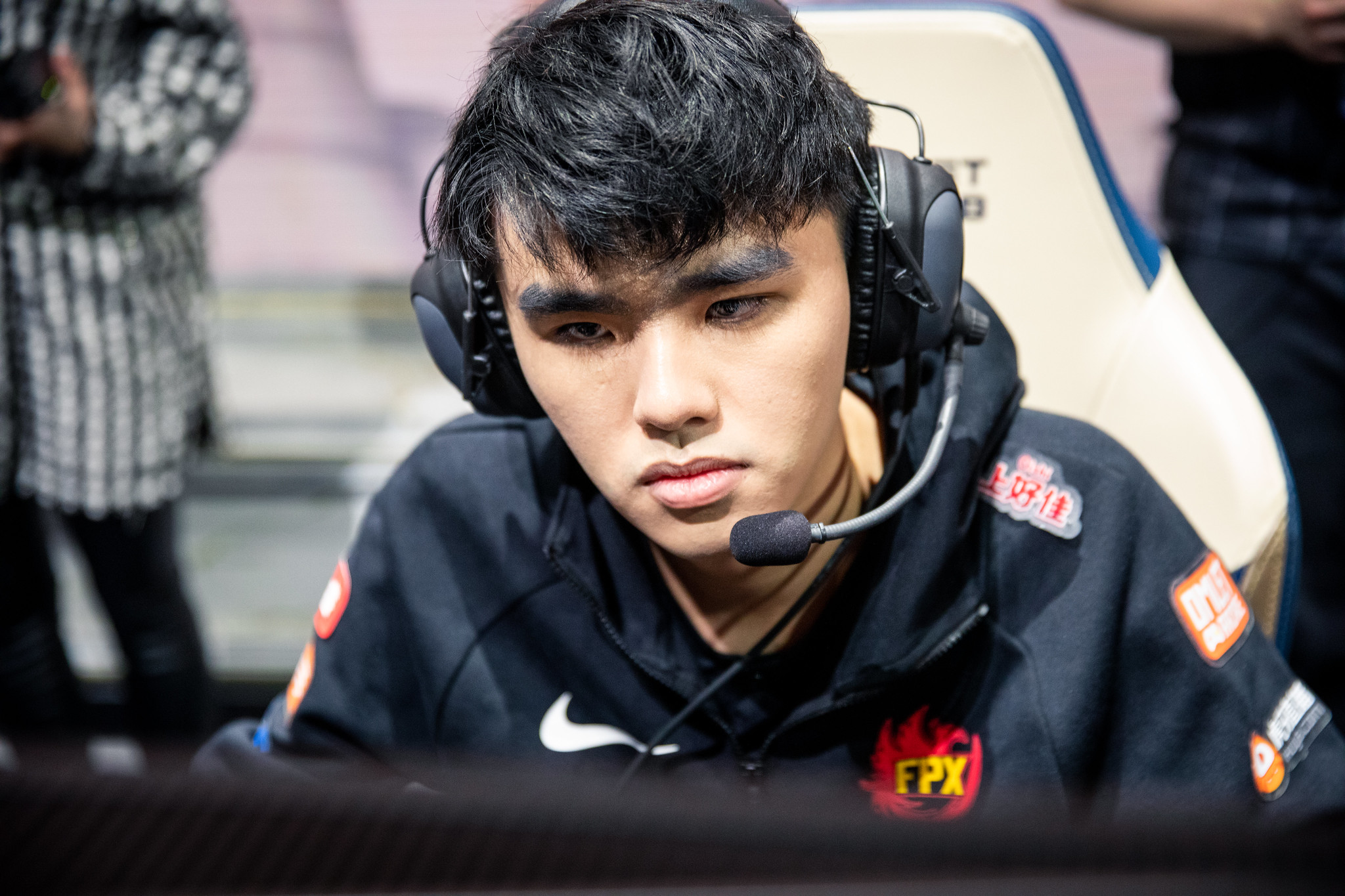 FunPlus Phoenix lost their fourth straight series in the LPL 2022 Spring Split today. This time, the defeat came to ThunderTalk Gaming, who are in the last place in the standings.

Both teams had different reasons to fight in today’s League of Legends matchup. For ThunderTalk, who sat at a 1-9 record before the series, it was a match for pride and to avoid being at the last place. But for FPX, this win was a near-necessity if they still had aspirations to qualify for the Spring Split Playoffs. With a 4-7 record and outside the playoff bubble, a win against ThunderTalk was a must to stop their losing streak and bounce back into the playoff picture.

Instead, they were met with another 2-1 loss today. FPX drafted the meta’s strongest picks, such as the dominant Hecarim for Clid, Graves for Xiaolaohu, and Aphelios for Lwx. However, they couldn’t carry out their composition’s win conditions for an early-game lead. ThunderTalk’s mid laner UCAL left FPX’s mid laner Gori in shambles with five kills at 20 minutes, which ultimately led to a 26-minute victory for ThunderTalk in the first game.

FPX bounced back in the second match in the series because of Lwx’s commanding Jinx performance in a 26-minute victory over ThunderTalk. However, in the final game, FPX again struggled to capitalize on the strengths of their early and mid game jungle picks. Throughout game three, FPX’s Clid couldn’t out-pressure ThunderTalk, and FPX fell behind 5,000 gold at 20 minutes. And after a fight for the Baron, ThunderTalk carried their early snowball into their second victory of the LPL 2022 Spring Split.

With this loss, FPX drop down to 4-8 in the LPL 2022 Spring Split and 13th place in the regular season standings. With a 4-4 record at the halfway point, FPX’s last four games have been a shadow of their early Split performances. Their struggles to close out a series were highlighted again against a team they needed to beat to remain close in the playoff race.

As for ThunderTalk, this win boosts their record to 2-9 and takes them out of last place in the LPL. While playoffs are likely off the table for ThunderTalk, any win in Spring to avoid being the last-place team helps morale in the final weeks of the season. And after they dealt a loss to the struggling FPX, maybe the second half of the Spring Split is the time for ThunderTalk to upset more teams.