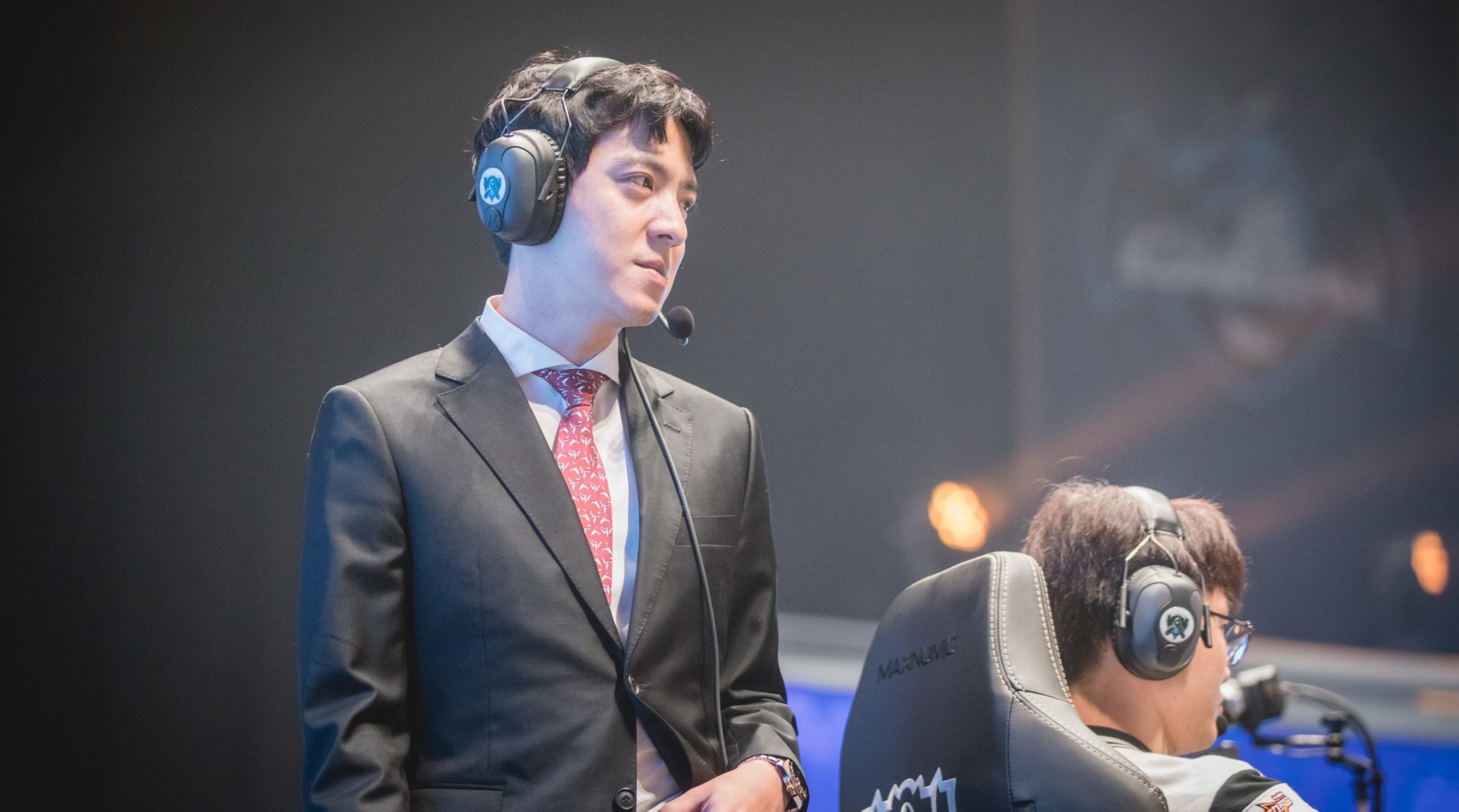 Coming off of a historic win at the 2020 League of Legends World Championship two weeks ago, DAMWON Gaming has made a sudden shift at the head coaching position. The team has hired former SK Telecom T1 head coach Kim “kkOma” Jeong-gyun to lead its roster ahead of the 2021 season.

Kkoma, a longtime staple of the SKT franchise, led the organization to its record-setting three World Championship titles between 2013 and 2016. After the 2019 season, he left the organization to develop his coaching career in the LPL with Vici Gaming.

This past season, however, Kkoma found little success in China with Vici. The team hovered around the middle of the pack in the LPL throughout the entirety of 2020 and eventually ended the season with a final match record of 15-17 (game record of 40-44). In 2021, however, DWG has clearly placed enough confidence in the idea that Kkoma’s results will return to form with an extremely talented roster under his wing.

Additionally, the team announced that it’s moving on from its former head coaching duo of Lee “Zefa” Jae-min and Yang “Daeny” Dae-in. The pair’s prowess was cited extensively for DWG’s success throughout the team’s legendary 51-8 run down the stretch of the 2020 season.

While the idea of releasing an extremely capable and proven coaching staff fresh off of winning a World Championship title might seem like an extreme maneuver on the surface, it’s safe to say that DWG’s future will be in good hands with one of the most proven coaches in the history of Korean League set to take up the mantle.