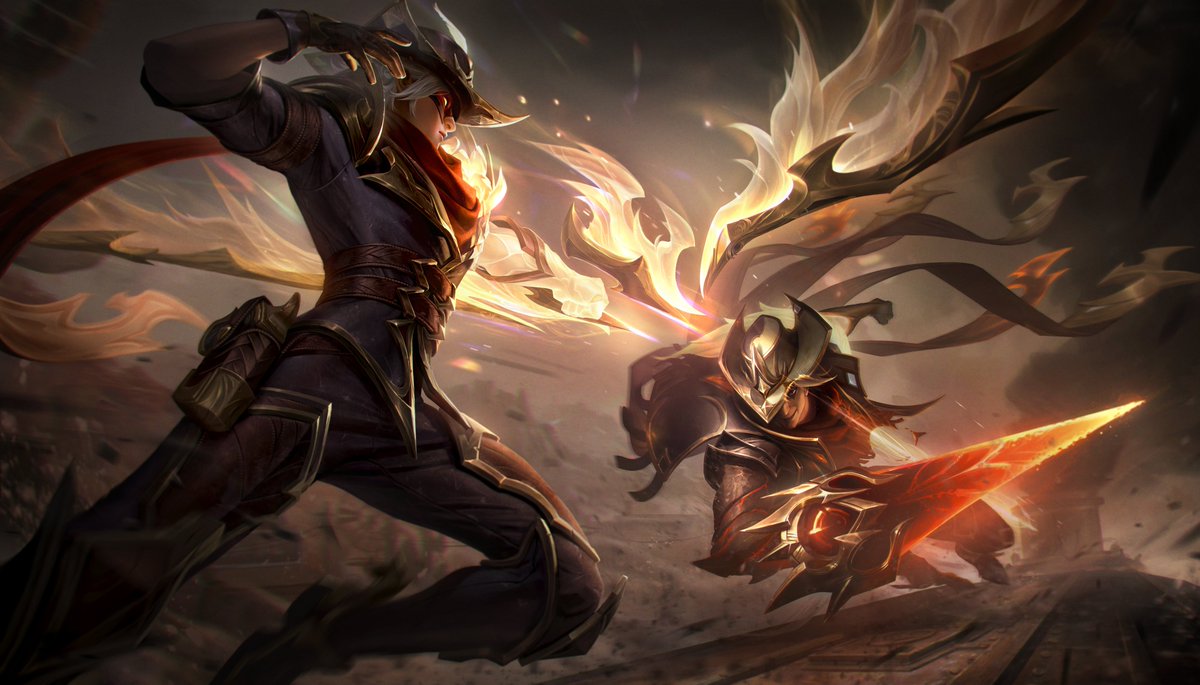 If you’re a League of Legends lore enthusiast and like the stories set in alternate universes, or if you’re just hyped for the newly revealed “High Noon” skins, you’re in luck. Riot Games has published a new short story called “The Stranger on The Road,” set in the universe of the High Noon line. The story features Talon, one of the skin collection’s latest additions.

The story seeks to expand on the lore of the High Noon setting and its battles between angels and demons. It adds little elements that fill in gaps about the motivations behind each character included in the skin line and leaves the reader wondering which champions are being talked about.

It all starts with the introduction of a cowboy leading a herd of cattle to be marketed in a more prosperous town than the one he came from. The desert setting is well developed before introducing a mysterious character in the middle of the road. Called for now just “The Stranger,” he was thirsty, barely able to stand, and the cowboy gives him his precious water for fear of old tales about travelers who didn’t help a spirit in disguise on the road.

After being saved, the Stranger goes on a journey with the cowboy and the tense atmosphere is clear between the two. The Stranger insists on telling a story as payment and his story talks about the end of the world. “It is said that the end of all things will be upon us after the fall of Heaven’s gates, when Hell and man have bled the land dry, and rendered us all unto a final judgment,” he says.

The Strange also mentions the end times will come with heralds from all corners of the earth. They are called the Harbingers.

After the story is told, the Stranger murders the man to take his soul. In the final part of the story, the Stranger uses the newly taken soul as currency to board a train that arrives from the depths of the earth, called the Sulfur Rail. Finally the Stranger reveals to the ticket taker that his name is Talon and that “the Harbingers are gathering”. The short story ends by showing a High Noon Talon weeping deeply.

The Harbingers in Talon’s history are mysteriously described and it’s easy to imagine which champions each of them are. Another important point is the description of feathers on Talon’s body that appears multiple times, revealing his angelic roots, something that appears subtly in his skin.

This is the second time Talon has received a short story in the League Universe. And it’s the first to talk about the High Noon universe, which still doesn’t have a dedicated page on the League of Legends Universe website.