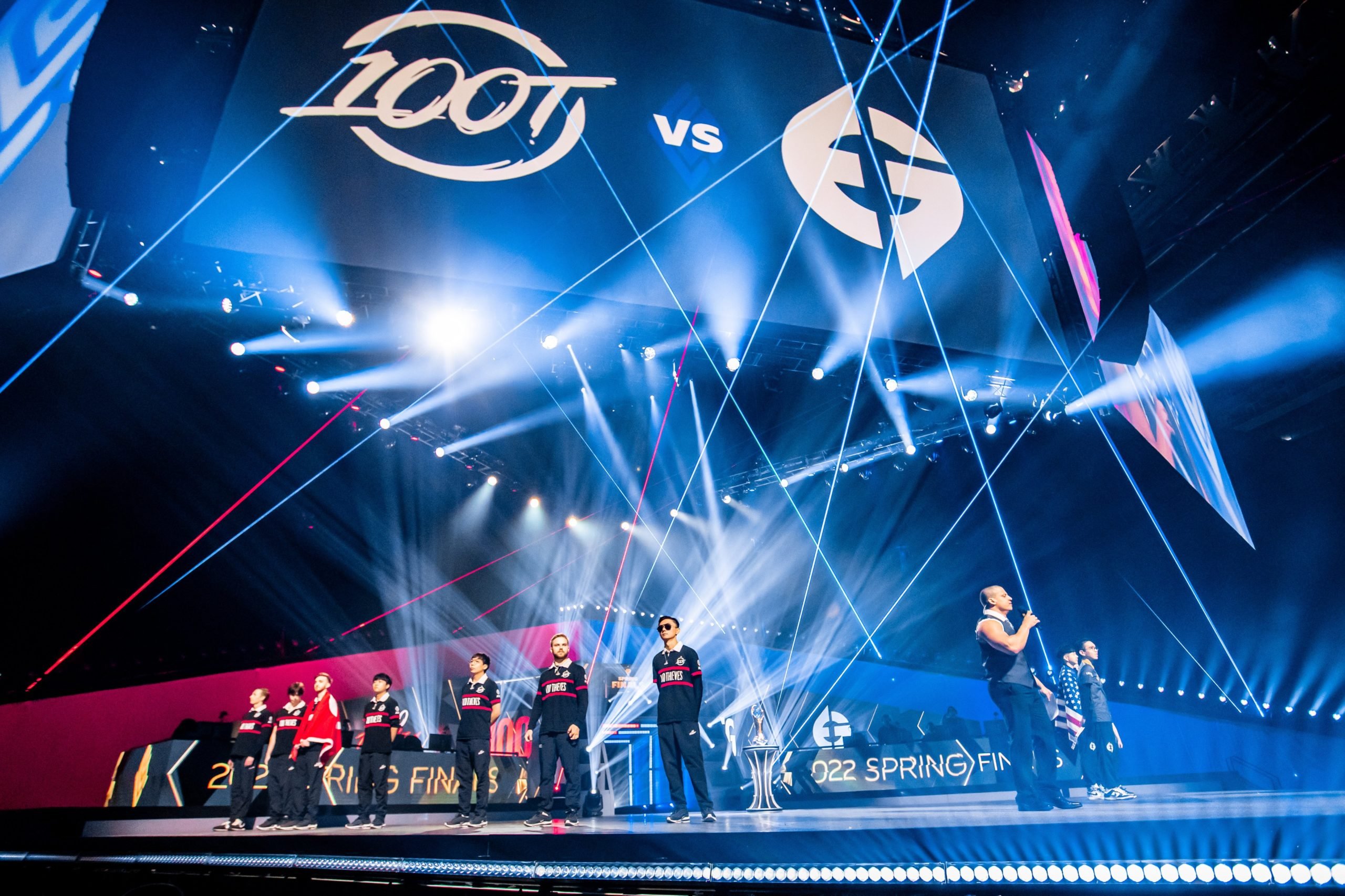 Evil Geniuses made history today by pulling off the fastest finals series in LCS history with three-straight wins over 100 Thieves.

The whole three-game set only played out for an hour and 18 minutes, with two games lasting under 25 minutes. It was a completely dominant showing from EG, who looked outright destructive across their whole lower bracket run in the 2022 LCS Spring Split playoffs.

In every match of this finals, the early game was played out in a relatively balanced way with the Thieves exchanging blows with their opponents. But EG’s superior teamfighting skills and macro decision-making threw the lead heavily in their favor from the mid game onward, leading to three swift victories for the championship.

Beforehand, the fastest finals wins in LCS history came in the 2018 Spring Split when Team Liquid beat 100T 3-0 and the 2021 Summer Split when 100T swept Liquid. Both of those series lasted an hour and 23 minutes. Many people thought that this record wouldn’t be broken any time soon, but the explosive carry combo of Danny, Jojopyun, and Inspired put them on the fast track to victory.

Now, EG must prepare themselves for the biggest test of their year so far: the 2022 Mid-Season Invitational. With teams like Europe’s G2 Esports and Korea’s T1 waiting for them, they’ll need to continue bringing the thunder on the international stage.