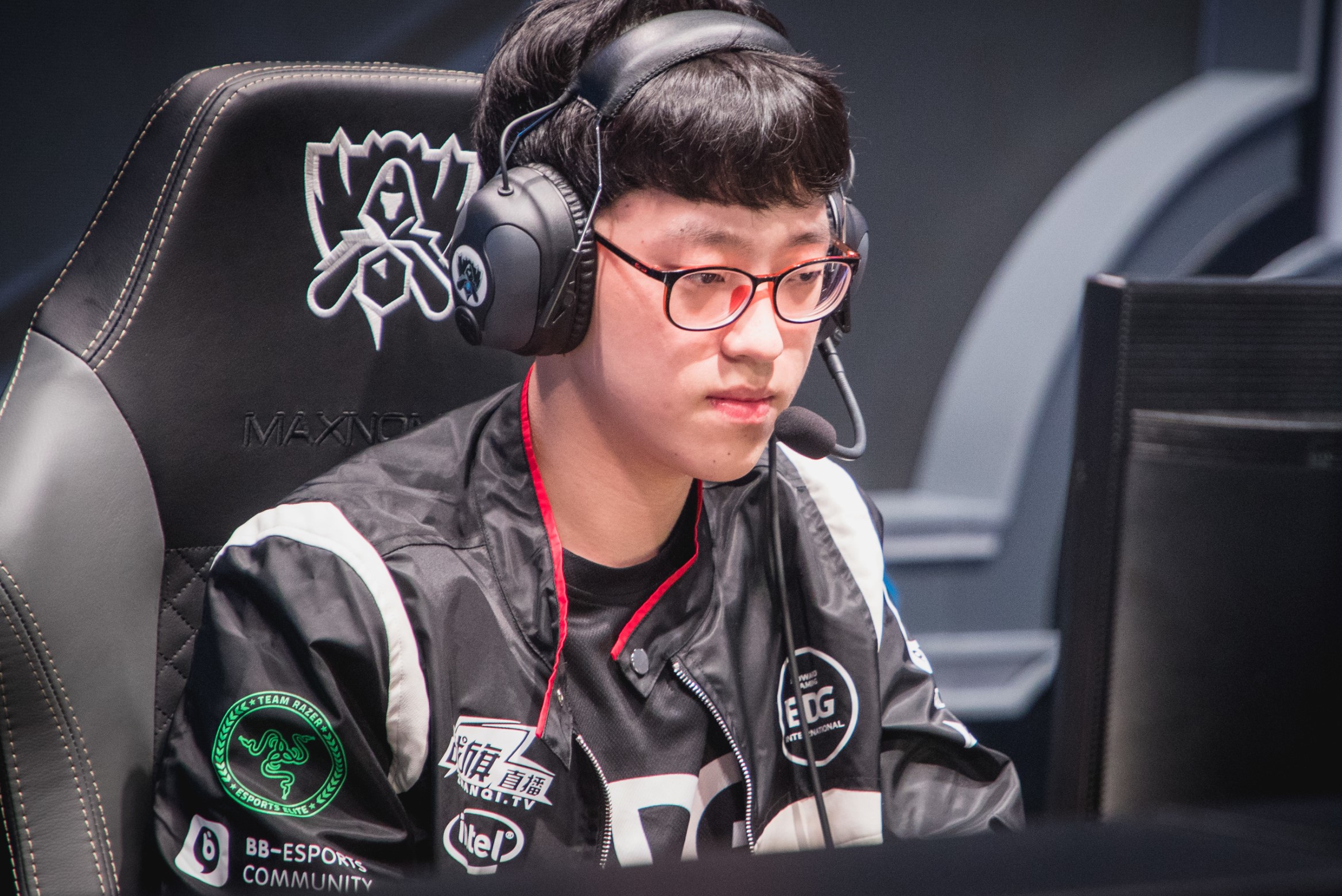 EDward Gaming have qualified for the League of Legends World Championship for the first time since 2018. The Chinese legacy organization secured their berth at this year’s tournament by defeating Team WE with a convincing 3-0 victory in the Semifinals of the LPL postseason.

The last time EDward Gaming attended the World Championship in 2018, the team advanced past the Group Stage of the tournament, but ultimately fell to Fnatic in the Quarterfinal round. Only the team’s mid laner, Scout, and support, Meiko, have remained on the EDG roster since 2018.

The 2021 season will mark the sixth time that EDG will attend the League World Championship. The organization reached Worlds on five straight occasions between 2014 and 2018, reaching the Quarterfinal round at all but one of those tournaments.

Beyond the ramifications surrounding the World Championship, EDward Gaming have also advanced to the Grand Finals of the LPL playoffs with today’s victory. The team will face off against FunPlus Phoenix for the league’s Summer Split trophy this Thursday. FPX have won two of the three matches they’ve played against EDward Gaming this season and notably defeated them by a score of three 3-2 in the Semifinals of this year’s Spring Playoffs.

As for Team WE, a third-place finish in the summer’s postseason doesn’t quite doom the team in regards to Worlds qualification. The team can still earn a spot in the Worlds lineup if they beat defending LPL champions Royal Never Give Up in this week’s regional gauntlet. Whoever wins the gauntlet event outright will advance directly to the Worlds Group Stage while the runner-up will have to play through the tournament’s Play-in Stage.

The Grand Finals of the LPL Summer Split between EDward Gaming and FunPlus Phoenix are scheduled for Sept. 2 at 4:30am CT. The league’s regional playoff gauntlet is scheduled to kick off on Sept. 3 at 2:30am CT when Royal Never Give Up take on Team WE.