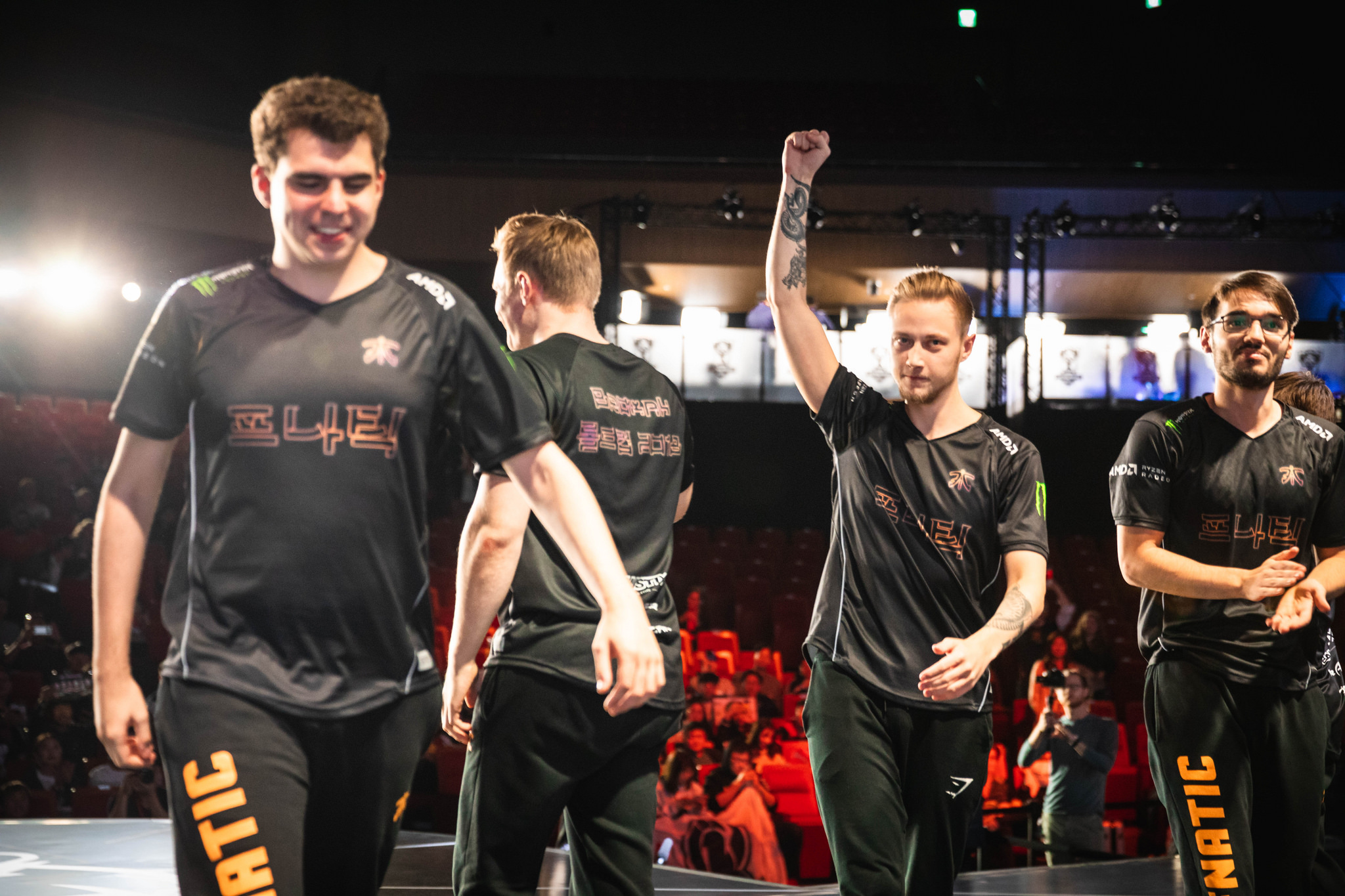 Europe’s Fnatic will move on to the World Championship semifinals after defeating China’s Edward Gaming in a four-game bout today.

As the final first seed remaining in the World Championship after KT Rolster and Royal Never Give Up were surprisingly knocked out of the tournament in the quarterfinals, Fnatic had a ton of pressure heading into today’s match. Now expected to make the finals as a tournament favorite, Fnatic needed to get past today’s hurdle: Edward Gaming.

But as the match began, things didn’t look too good for Europe’s hometown heroes. Fnatic were caught off guard by EDG’s early aggressive play and were unable to win game one. EDG entered the game ready to fight, and they were able to repeatedly catch Fnatic out throughout the entirety of game one.

But following their initial game defeat, Fnatic started to adapt to EDG’s fast-paced playstyle. Although they didn’t match EDG’s very aggressive early game, Fnatic found their openings through mid-game teamfights around objectives. With the superior macro play and skirmishing, Fnatic routinely found their major leads through fights around the Elemental Drake or Baron. These teamfight wins turned whatever gold deficits Fnatic had accrued in the laning phase into leads in the matter of a minute.

Once Fnatic finally found their advantage over EDG, they had little to no trouble closing out the games. EDG were simply no match for Fnatic once the game went past the 20-minute mark.

With EDG taken care of, Fnatic will now prepare for their World Championship semifinal match against North America’s Cloud9, which is set to take place next week on Oct. 28.