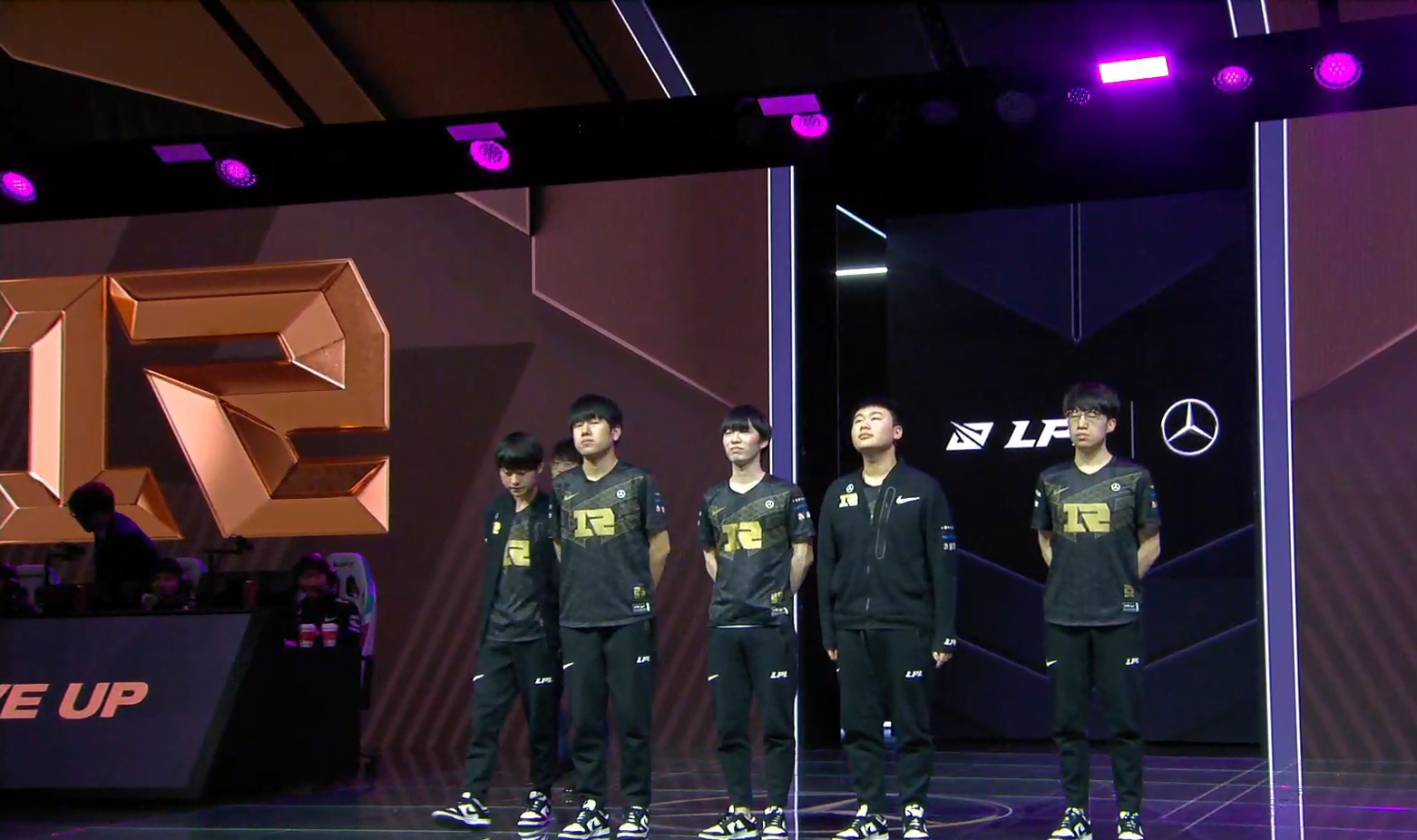 Royal Never Give Up earned the title of 2021 LPL Spring champions today after defeating FunPlus Phoenix 3-1 in the split’s finals.

The Wuhan crowd witnessed four League of Legends games packed with action, and RNG fans saw the powerhouse take back their throne two years after their last regional title.

Whereas FPX went through four best-of-five series to reach the finals, RNG directly qualified for the last round due to their first spot in the LPL Spring rankings, but they lost to FPX 3-0 and had to claw their way to the finals through the losers bracket. They successfully reached the finals, though, after wining 3-2 to Edward Gaming.

Although FPX showed a good performance in the finals today, the RNG players were astonishing. Rather than playing their usually slow playstyle, they displayed relentless aggression in every game, showing they weren’t afraid of taking risks.

RNG jungler Wei took control of the jungle and the topside alongside support Ming, while bot laner Gala was let alone on his lane. Despite this complicated situation, he earned enough farm to build quickly his items and carry his way to the victory with convincing performances during teamfights.

Meanwhile, most of the action was focused on the topside. Xiaohu is the main carry of RNG and Nuguri is a pillar of FPX’s newfound success. Nuguri had a target on his back in each game, but even in this situation, he showed mechanical prowess on Irelia in particular.

In the second game of the series, he single-handedly won the early game by winning a two-vs-one fight on his lane and picking a kill when he got attacked by four RNG players who desperately wanted to shut him down.

It wasn’t enough to claim the victory, though. Nuguri’s flank attempts were systematically stopped by Ming’s crowd control abilities, which prevented him from dealing substantial damage to the enemy team.

Whereas Wei applied much pressure in the jungle and around objectives in every early game, Tian didn’t show his usual dominant playstyle. The jungler who earned six MVP votes in the LPL Spring playoffs often found himself making counterganks on the top lane, but failed to apply pressure on the bot lane, letting Gala gather loads of farm and Ming roam freely around the map.

RNG mid laner Cryin also showed clinical precision with Orianna’s shockwaves and turned the tide of the second game with Ryze. His abilities were well timed during the teamfights, which let him deal monstrous amounts of damage to the opponents.

Overall, RNG showed their best version of themselves in the finals. They often give all of their resources to top laner Xiaohu, but this victory was a true team effort. They proved they’re a threat not to underestimate in teamfights, and that they’re capable of rapidly taking control of a game with early ganks and skirmishes.

RNG also showed they’re still serious contenders despite their star-player Uzi leaving the team last year, and Xiaohu going from mid lane to top lane. His run in this new role started as a meme, but it ended with the LPL Spring title.

This victory gave RNG a ticket to the Mid-Season Invitational, which will take place in Iceland from May 6 to 22. RNG were put in the first pool, which will see them face off against South Korean champions DWG KIA and European champion team MAD Lions.