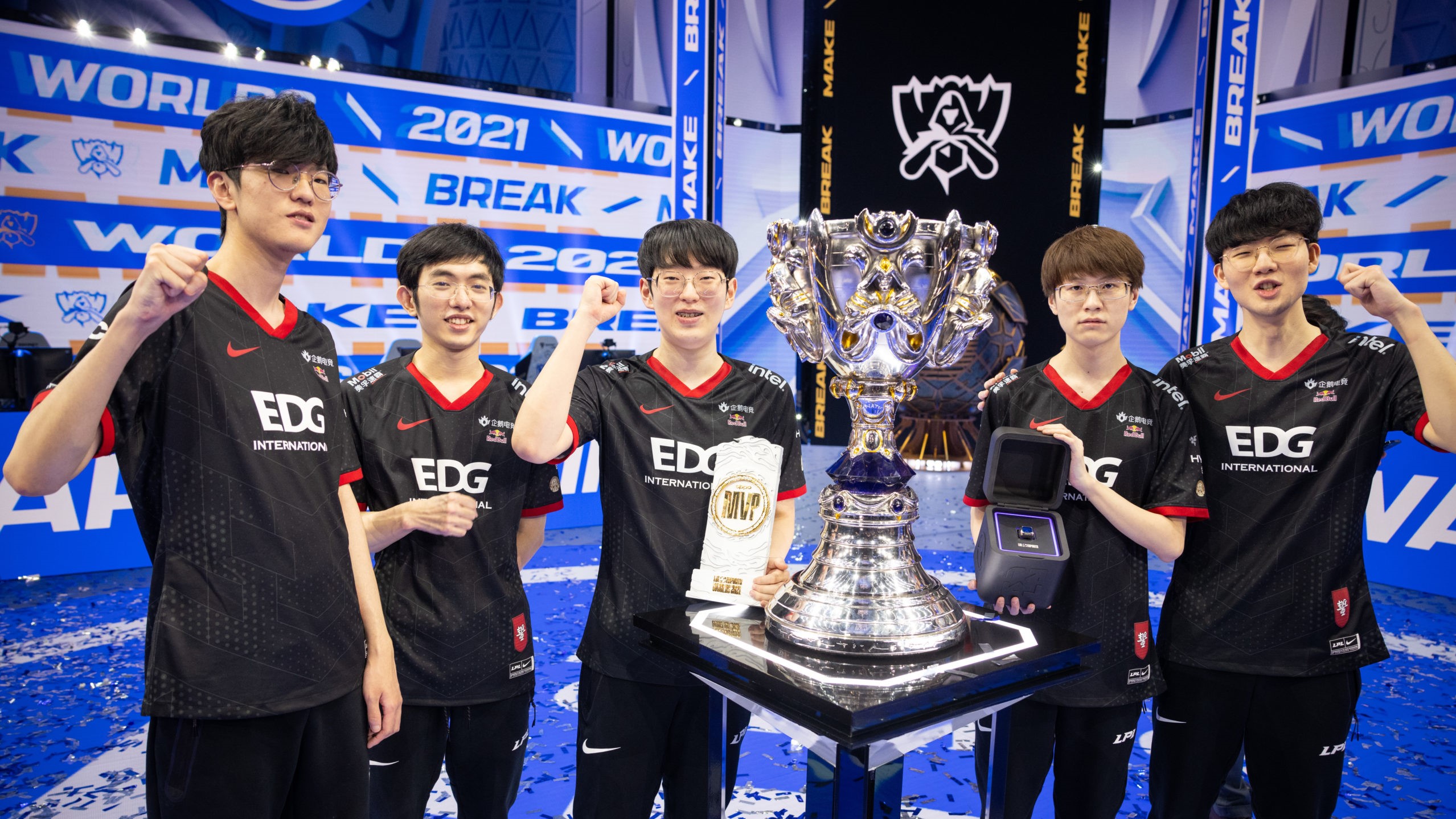 Every year, Riot Games celebrates the winning team of the League of Legends World Championship by creating a series of five skins for champions chosen by the winners. These five exclusive skins are designed in collaboration with the players, who add a personal touch by placing their signature on the skins or by indicating what kind of recall they want the skins to have. The splash art for these skins has now potentially been leaked on social media.

In 2021, it was EDward Gaming that stole the win from DWG KIA’s hands with a 3-2 victory in the grand finals. During the post-match press conference, the five players were asked which champion they would pick as their Worlds skins.

The five skins have not been officially revealed by Riot, but if the leaked splash art is believed to be real, League fans will have the opportunity to collect Viego and Aphelios’ third skin. Here is the unofficial list of the five champions picked for the Worlds 2021 skins:

Even though most preferred champions indicated in the press conference managed to make the final cut, some changes were made. As well as choosing the champions, the players also typically indicate to the developers the preferred color palette they want to use for the skins, which is usually the same color scheme as the team’s logo.

According to leaks shared on Twitter by cutebchu and dailyaphelios, the skins’ main colors will be black and white with some touches of red, just like the EDG Worlds 2021 jersey.

From the leaked image, however, it seems that the five champions will be adorned mostly in blue, silver, and purple ornaments. The style is supposedly inspired by the Victorian era, with some League fans referring to the popular manga and anime “Black Butler” to describe the type of clothing the champions are wearing.

There’s a chance that the skins might be released before this year’s Mid-Seasonal Invitational, which starts on May 10. The Worlds skins mightbe released either on Patch 12.8 or 12.9, meaning they could hit the Rift in the early weeks of May.