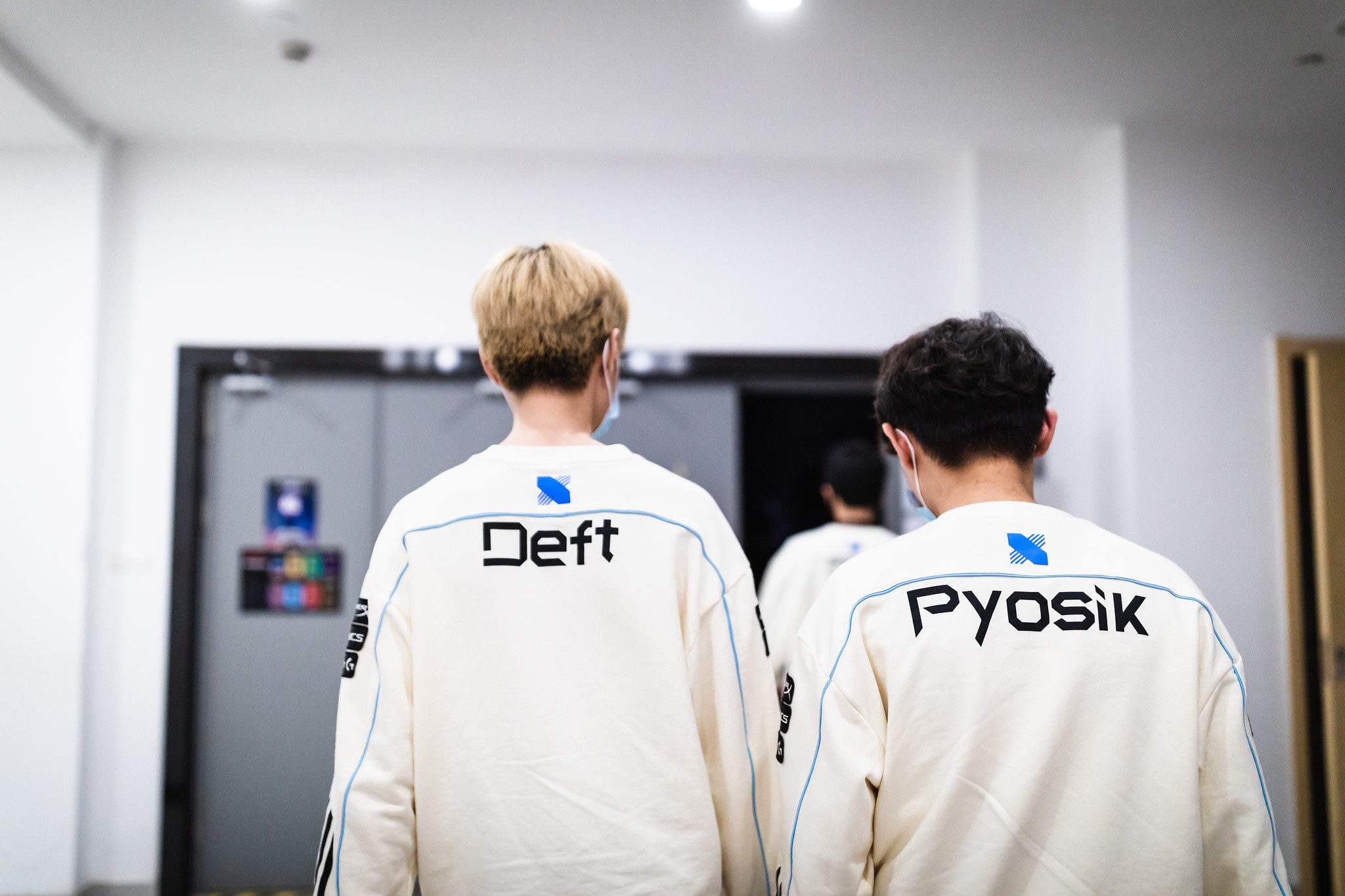 Today’s series between DRX and DWG KIA produced some awesome gameplay moments for fans. Most of them were from DRX’s side, the key one being Deft’s quadra kill in game three that helped his team ace DWG KIA and register a 2-1 series win.

In the first game of the series, DRX surprised everyone by picking up Yasuo as the AD carry in the bottom lane. The pick ultimately proved helpful in teamfights as Pyosik’s Lee Sin’s Dragon’s Rage, along with Deft’s Yasuo’s Last Breath, created the perfect airborne combo.

Game two was all about DWG KIA, who appeared to pick a better team composition in the draft phase. The comp helped them secure kills and get map objectives, while DRX were only able to get just one kill during the entire match. DRX’s defense did not last long and DWG KIA was able to smoothly get a win in the second game, making the series even.

In the last game of the series, DRX’s Pyosik stepped up his game with his Lee Sin pick. He ambushed all the DWG KIA lanes and helped his teammates gain leads, although DRX were in for a fight from DWG KIA, who denied DRX a fourth dragon for the Hextech Soul. But in the next teamfight at the dragon pit, Deft managed to get a quadra kill and ace DWG KIA. Armed with the Baron and Soul Dragon buff, DRX closed the game with a win as Deft went 7/3/12.

DRX are now in fifth place at the LCK Summer Split table. Their next match is against Gen.G on July 28. DWG KIA are in third place and they will be up against Hanwa on July 27.