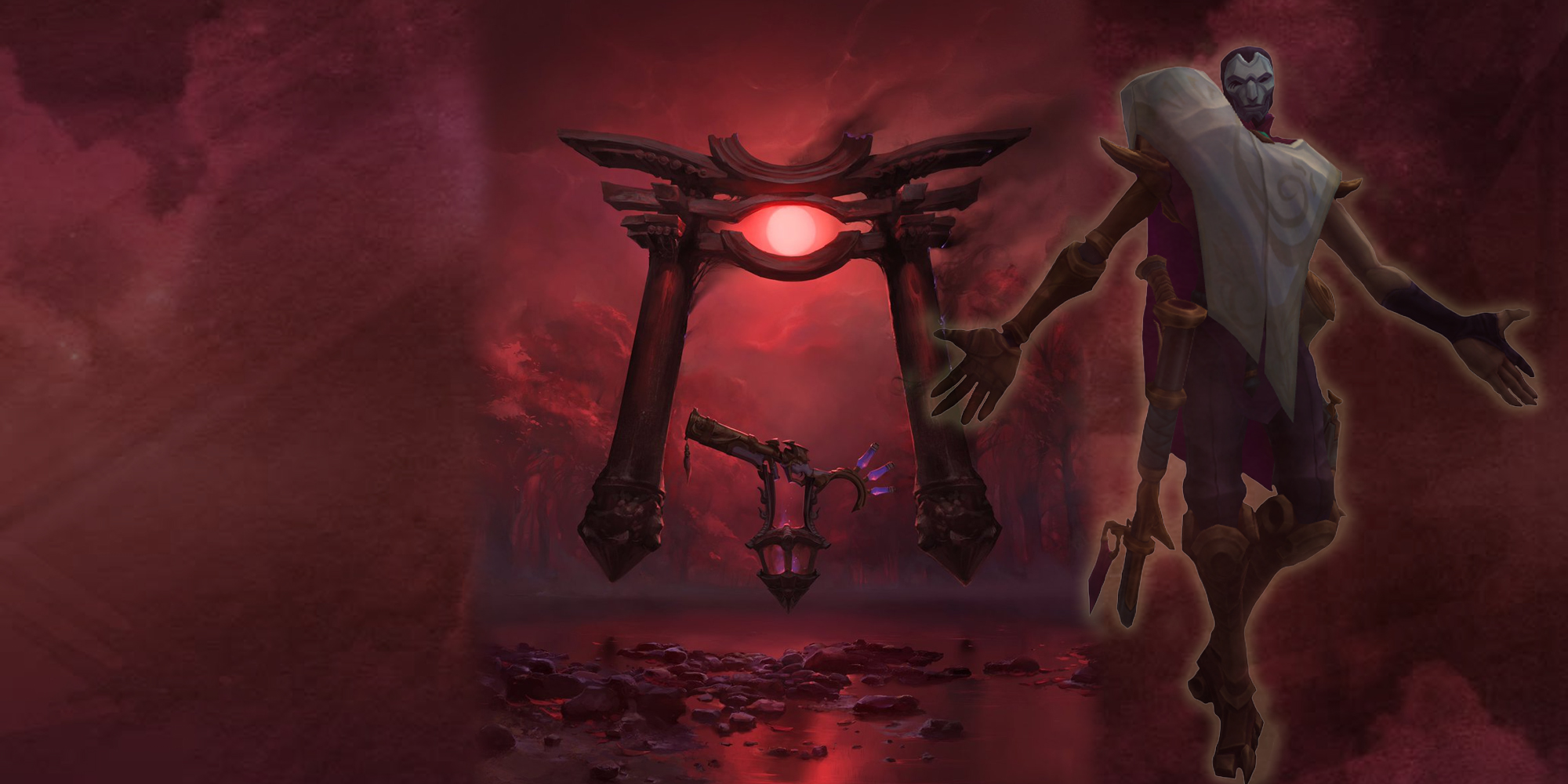 The latest skin in the League of Legends Blood Moon skin series, Blood Moon Jhin, could be in the works.

Earlier today Riot tweeted out a teaser, in which the crimson moon can be seen through an archway of sorts with Jhin’s gun suspended in the air, making it almost certain that he’s the next champion to receive a Blood Moon skin. The red haze covering the scene really adds to the creepy factor.

The Blood Moon skins have been pretty awesome—even the early iterations of the series like Akali’s Blood Moon skin. The Blood Moon skins are all colored red in some way, and feature demon masks based on “The Red Demon”—a version of Japanese “oni” which is a spirit that brings strife, disease, disasters, and deceit. In addition to Akali, there have been five more skins in the series: Thresh, Yasuo, Kennen, Kalista, and Shen. Jhin’s will hopefully be no exception to that pattern of awesomeness.

If the skin turned out to be a dud the community wouldn’t take it too kindly. Why? Well, two reasons. First of all, the community has been asking for another Jhin skin since his launch in January last year. He has only had the skin he was launched with, High Noon Jhin, since he actually came out. It is a pretty cool skin, but fans want more. If they finally see Jhin get his new skin and it sucks? Well, I’m sure you can imagine how that would go down.

With ADC mains sending death threats to Riot staff over not enjoying ADC gameplay, imagine what they’d do if their favorite champion received a bad skin. And that brings us to the second point. Jhin is one of the favorite ADCs in the game right now.

Jhin sports almost an 18 percent rate of play, which means he is in nearly one-fifth of all ranked games. In the ADC role, there are only three other ADCs that compete with that play rate out of nearly 20 ADC champions: Vayne, Caitlyn, and Ezreal. I know you were expecting me to say “Ziggs,” but Ziggs isn’t played all that much in the bot lane (yet).

Fortunately, Riot’s skins have been very cool lately. Just look at the Worldbreaker skins, and even the new Lunar Revel set. With the track record of those awesome skins and the previous Blood Moon skins, we’re hoping Blood Moon Jhin will be as badass as it deserves to be.