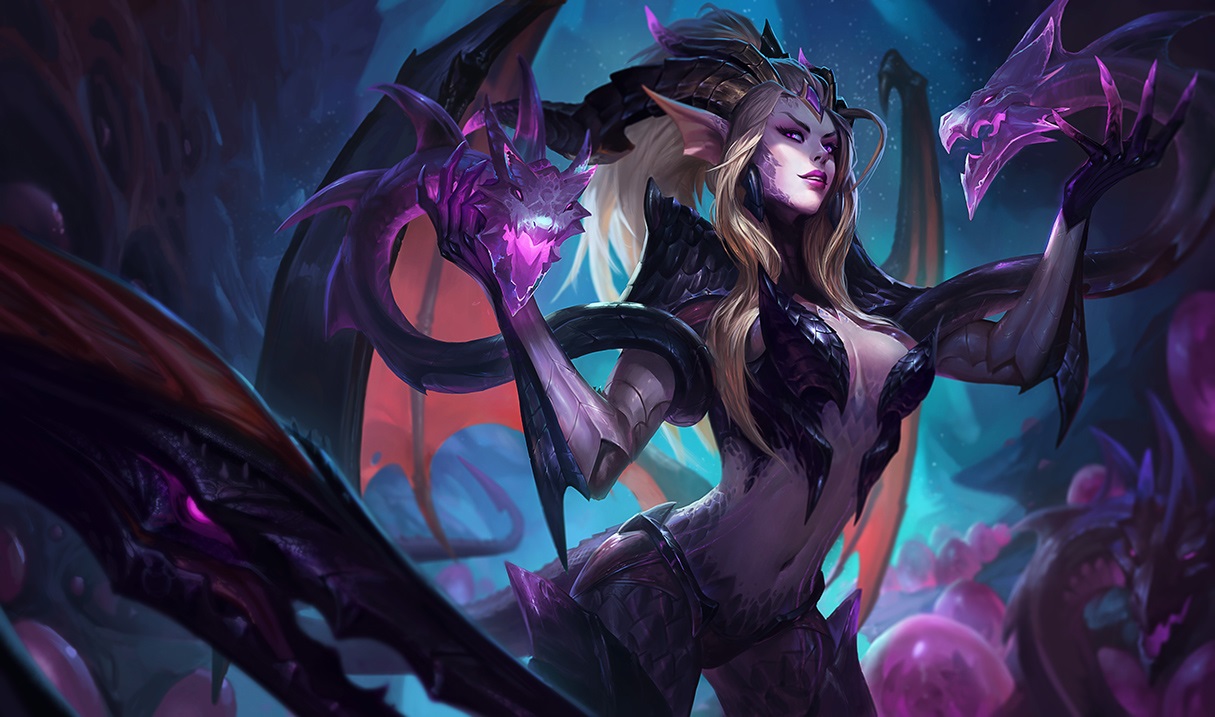 Zyra is one of the best offensive supports to carry a League of Legends solo queue game. She punishes immobile champions and is a nuisance to deal with, even if she is behind. She scales well with Liandry’s Torment and Rylai’s Crystal Scepter, making her difficult to deal with as a melee champion.

As with all League champions, specific items are going to be more effective depending on the situation. But there are certain items that work well on Zyra in all games. These core items are going to ensure that you have the best possible experience with this champion.

Arcane Comet: Arcane Comet is the best offensive keystone for Zyra because it is easy to activate and deals a lot of damage early on. Your plants can enable this keystone easily, and the slow from your kit will ensure that the Arcane Comets will land even if enemies try to dodge it.

Manaflow Band: This rune will solve all your mana problem since you won’t be purchasing any mana or mana regeneration items. It is very easy to stack, ensuring you get out of the laning phase with an additional 250 mana.

Transcendence: Transcendence is an overall great rune to have to spam abilities more often. Your core items don’t have cooldown reduction so taking this rune is a must if you want to harass opponents more often.

Scorch: Scorch is an early-game rune to enhance your poking potential. While the burn effect is barely noticeable into the mid to late-game, it will allow you to dominate the early laning phase.

Taste of Blood: Taste of Blood is a simple sustain rune. It gives you some health back from short trades during the laning phase. You want all the sustain you can get to survive the early game.

This is an offensive ability power-oriented support item. You will be able to farm early gold with it while also increasing your poke potential. It is upgraded for free as the game goes on and is a great investment for any ability power champion. Once you get the first upgrade, start using the vision to give your allies more visibility of the map.

Sorcerer’s Shoes is a straightforward choice for boots with magic penetration to increase your damage potential. The item should be rushed to increase your movement speed and your burst damage as soon as possible.

The anti-tank item, Liandry’s is a must-have on Zyra in most games. It grants you ability power, health, a passive to increase your overall damage while in combat, and a great damage-over-time effect that is increased against champions affected by movement impairing effects. While its effect is not ideal against squishy champions, it’s a requirement against tanks if you want a shot at killing them.

The damage-over-time effect is easily activated by the abilities in your kit, allowing you and your plants to deal tremendous amounts of damage in teamfights.

While purchasing the core items in this guide is important, Control Wards are just as valuable. Always invest in vision, and don’t leave the base without having purchased one or two Control Wards.

One of the best uses of it can be to set up a death bush when you’re far behind. Clearing all of the vision around you and waiting patiently for that lone wolf from the opposing team can turn the tides of battle.

You should aim to get this as a second item to enhance your kit and keep enemies slowed for longer periods of time.

Zhonya’s is a great item, especially against heavy attack damage-focused teams or against champions who rely on combos to kill you. One thing which helps this item be great is Seeker’s Armguard, which is one of the most gold-efficient items. If you rush it early on, you can sit on it for 20 minutes without issues since the stats it gives are insane for the gold cost.

In teamfights Zhonya’s Hourglass allows you to deceive opponents. You can force them to use all of their spells and engage tools on you, then use Zhonya’s to give your team some crucial seconds to unleash devastation on the enemy team while you’re untargetable.

The forbidden book is a requirement against healing-based champions. If your team doesn’t invest into an anti-healing mechanism, then you might be the victim of this and need to purchase it instead. It’s heavily gold-inefficient, but if the enemy team is running you down due to how much healing they have, then you need to prioritize and acquire this item.

If you’re facing a heavy ability power-focused composition or a composition that has too much crowd control, then Mercury’s Treads can come in clutch. It gives you much-needed early magic resist and reduces duration from any crowd control landed on you.

If you’re facing a team with a lot of movement-slow effects, then getting Boots of Swiftness might be a good choice. It will grant you more movement speed than Sorcerer’s and reduce the duration of incoming movement-slow effects. The trade off for getting these boots instead of Sorcerer’s, however, is that you’ll be lacking the penetration to go through magic resist.

If you’re facing a lot of champions who want to move fast around the map, then getting these boots is a requirement to keep up with them. These boots combined with your movement speed rune will ensure that you don’t fall off and can keep up the pace with the roam-heavy champions of the opposing item.

Mejai’s is the best snowballing item in the game, granting you a lot of ability power if you get some early kills. While this item makes you a priority target for the opposing team, good positioning and vision control should keep you out of harm’s way.

Use Banshee’s Veil against heavy pick compositions that rely on getting an engage to dismantle you. By having a spell shield to protect you from that Nocturne Paranoia or Ashe Arrow, you can increase your chances of winning such games.

Be wary not to waste the spellshield before a teamfight begins, since it needs quite a bit of time to recharge. Ask your team to wait a couple of seconds before engaging if you don’t have the passive off of cooldown to ensure success or victory.

This is a great item if you’re facing champions who can lock you down with heaps of crowd control. It’s cheaper than Banshee’s Veil and can be activated at will to cleanse crowd control, making it much more flexible. Building it against champions like Leona, Nautilus, Braum, or Syndra is a must if you don’t want to be blown up in a teamfight before you can react.