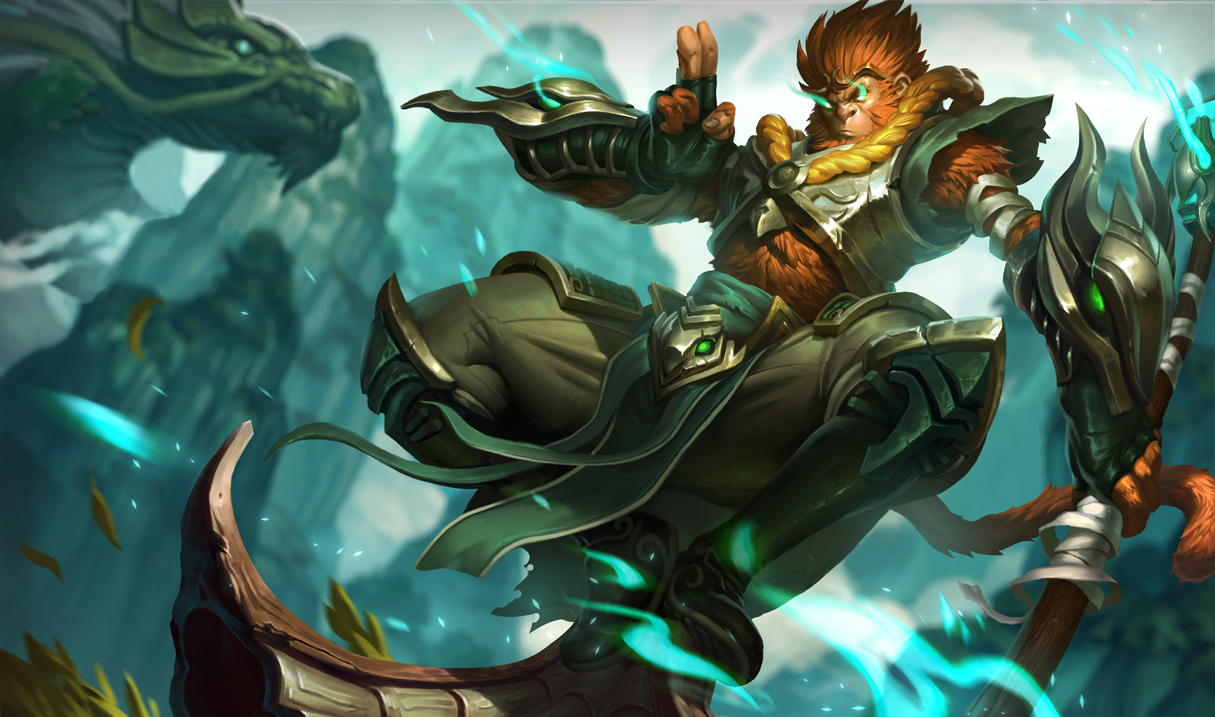 Over the last few weeks, League of Legends fans have seen the rise of Runeterra’s resident monkey king, Wukong, as a niche pick in some teams in professional play. Even though he is one of the oldest champions in the game, he still brings a ton of damage and outplay potential for players who like to dip, dive, and spin their way to victory.

For aggressive players, Wukong has plenty of tools to help you jump onto your opponents to take over with a quick kill in the early game, while also laying down some punishment in the later teamfights with his massive ultimate ability, Cyclone. In combination with his clones, this monkey business can turn into some serious damage on Summoner’s Rift.

Here is the best Wukong build in League for season 12.

Conqueror: Since his rework, Wukong’s clone also auto-attacks enemies, uses empowered Qs, and mimics his ultimate for a percentage of its damage. As a result, the Monkey King can acquire Conqueror stacks at a very quick rate, allowing him to reach the 12-stack maximum as he begins to heal for eight percent of the damage he deals out.

Triumph: With the amount of burst Wukong can deliver with his full ability combo, being healed for 10 percent of his missing health is perfect since he’ll probably be taking a ton of damage from the enemy team in the meantime.

Legend: Tenacity: Extra tenacity will be a welcome addition to Wukong as the game continues forward, since he needs to jump around teamfights and cause as much chaos as possible. This is also easy to earn in the jungle role, since Legend stacks can be earned through epic monster and large monster takedowns as well.

Last Stand: Wukong players will always find themselves in the middle of the fray, which means they’ll usually be focused on by different damage dealers on the enemy team. By dealing more damage at lower health, Wukong will become a lot more dangerous as a skirmish continues forward.

Magical Footwear: Early on, Wukong has plenty of gap-closing power built into his kit. With this rune, he won’t need to focus any income on boots, and can instead focus on his Mythic choice along with his other damage dealing items.

Biscuit Delivery: Since Wukong needs to be up close and personal to trade in lane, these biscuits will ensure he stays topped up with both mana and health as he attempts to gain superiority.

Depending on the matchup, Wukong will want to take either Doran’s Blade or Doran’s Shield. If a player is facing off against a strong early-game champion or a ranged counter, surviving the first few moments of the lane will be important and so Doran’s Shield would be best. If, however, the player thinks that they can dominate the lane early with Wukong’s trading, then Blade is a better deal.

Damage is not lacking with Wukong’s explosive kit, but Divine Sunderer should boost those numbers by a good amount with its powerful Spellblade passive. After using an ability, the player’s next basic attack will deal an additional 12 percent of target’s max health as bonus physical damage on-hit.

Wukong will also need a good amount of survivability if he wants to live to see another day with his team, which is where Death’s Dance comes in. The item gives the player a counter to any burst coming his way, while also giving them some healing every time they get a champion takedown.

Many of the other items Wukong can build are so he can survive any engagement he finds himself in. Whether its Maw’s Lifeline passive that gives him a shield at low health, the healing from the Blade of the Ruined King, or Guardian Angel’s resurrection, all of these should give Wukong enough time to bounce around the enemy team and blast them away with damage.

The Black Cleaver pickup is specifically to deal with tankier individuals, since it not only gives armor reduction stacks with its Carve passive, but also applies a quick, two-second movement speed boost through the Rage passive afterward.